Fallout Over Mr. Z Selling Out to the Man

RUSH: There is major fallout in the National Football League over Mr. Z and his siding with the man. Oh, I mean, there are NFL players and there are others in the African-American community who are pissed off at Mr. Z like you can’t believe. He’s a sellout, he’s going for the money. 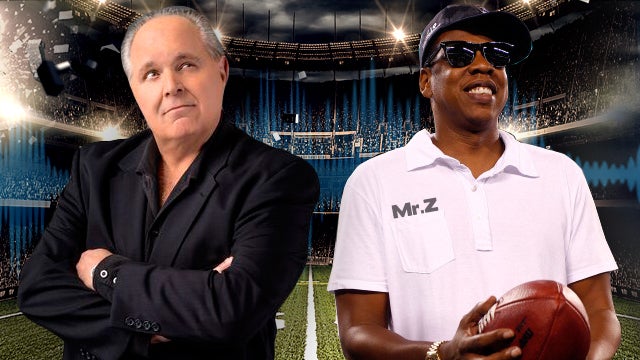 And a lot of them are saying even though they’re not citing me, confirming I was right that actually what he’s trying to do is suck up to the league to eventually become an owner. And also they really think he’s a sell — you know why? Because they – (interruption) Not that one specifically, but I saw some last week that alluded he and Bon Jovi might copartner.

Anyway, the halftime show has been a problem for the NFL because they haven’t been able to get acts to perform because of Colin Kaepernick. Kaepernick has been the line that many, say rap bands, R&B, hip-hop bands will not cross. And of course the NFL wants a bang-up halftime show. So the theory goes that they brought Mr. Z in here to try to bridge that gap, to convince black performers to go ahead and do the NFL halftime show. And he’s coming under withering assault.

Let me give you an example here. Grab audio sound bite number 2. This is Eric Reid. Eric Reid used to be with the San Francisco 49ers, and he joined Kaepernick. They were side by side taking a knee on the sideline at 49er games during the national anthem and the flag and all of that. Eric Reid now plays for the Carolina Panthers. In a preseason game Friday night the Buffalo Bills were in town, and a reporter said to Eric Reid, “So what’s your reaction to the report that Mr. Z is interested in becoming a part-owner of an NFL team?”

REID: Jay-Z claimed to be a supporter of Colin, you know, wore his jersey, told people not to perform at the Super Bowl because of the treatment of that the NFL did to Colin, and now he’s going to be a part owner. It’s kind of despicable

RUSH: Oh, man, can you imagine? Jay-Z becoming a part-owner in the NFL and it’s not thought of as progress? Can you be a more confused group of people? Let’s just play this out. Let’s just create the hypothetical that however it happens that Mr. Z becomes part-owner of an NFL team. (interruption) You want me to start naming potential teams? Well, okay. Let’s see. Maybe the Tennessee Titans. I’m basing this on nothing that I know whatsoever. Let’s see. What else could be — Titans. Let me stop with that. I’m gonna take that off the table. ‘Cause that’s a distraction here away from the point.

If this is the case, can you imagine Mr. Z, his head has to be turning. He should be a conquering hero, in his mind. But in the African-American activist community, he’s a sellout. He’s a sellout. How dare he throw Colin overboard just to make a bunch of money with the white slave owners in the NFL, is how this is being cast.

You would think the Reverend Jackson and Al Sharpton would be happy as hell that this line has finally been crossed. We may have minority ownership in the NFL and instead it is being ripped and criticized and torn down. I find it fascinating. There’s one more Eric Reid sound bite.

Now, after he said it’s kind of despicable that Mr. Z might become part-owner, another reporter said, “Well, look. When Mr. Z said those comments that we’re past kneeling, that we need to take more action –” and Mr. Z did say that, by the way, sitting next to the commissioner, a white guy. They were on a couch and they were having a great time together and they were laughing and yukking it up.

And the commissioner is not wearing a coat and tie. He’s got slacks and an open shirt. Mr. Z is in the uniform, black jeans, black T-shirt, some message on the front, and a cap on crooked. And they’re just having the grand old time. When it came time for Mr. Z to speak, Mr. Z said, “We’re past kneeling,” you know, that’s old hat, meaning we’re past Colin. Kaepernick was worth it for a while, but now Kaepernick is passe because I got a chance to get in this league now, so I gotta do what these guys want me to do, was basically his message.

REID: For one, when has Jay-Z ever taken a knee to come out and tell us that we’re past kneeling? Yes, he’s done a lot of great work, a lot of great social justice work. But for you to get paid to go into an NFL press conference to say that we’re past kneeling, again, asinine. Players coalition 2.0. He got paid to take the bullets that he’s taking now. ‘Cause we not havin’ it.

RUSH: Holy cow. So instead of being looked at as a conquering hero, Jay-Z, of all the potential African-Americans to end up with part ownership of the NFL, it’s Jay-Z, and instead of being treated and toasted as a conquering hero, he’s being labeled a sellout. All because to do this he had to throw Kaepernick overboard. Or appear to throw Kaepernick overboard. 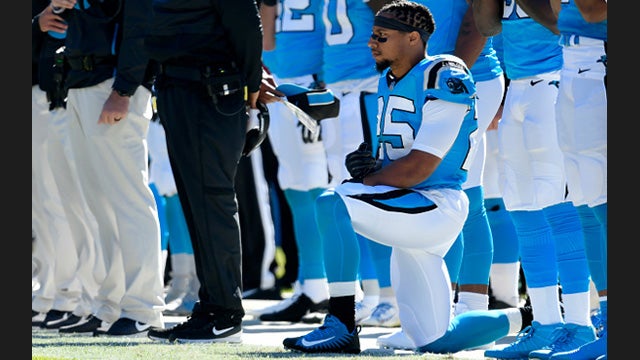 And this guy Eric Reid said, “For you to get paid to go to an NFL press conference to say –” let me translate that for you. Jay-Z has become a slave to the white man in the NFL. They’re paying Jay-Z to come in and say what they want a him to say. That’s why the diss. Am I right? Am I right? That’s what they’re upset about. The language here. They paid him to say — they paid him to go to a press conference, they paid him. I know how to translate that. That’s right. “Jay-Z, what does he know about taking a knee?” Well, we’d have to ask — caught myself. I’m sure he knows about that.

Andrew Gillum, ladies and gentlemen, wanted to weigh in. He was on CNN this morning, and Drive-By activist John Berman — this is a guy that ran for Florida governor and lost to Ron DeSantis. And, boy, did we dodge a bullet there, folks. For those of you that live in Florida like we do, ho-ho. DeSantis is doing such a great job! I shudder to think what would have happened to this state with Gillum.

Anyway, he’s out there commentating now as an activist on CNN. He’s former mayor of what? Tallahassee? He was asked, “Mayor, where do you come down on Mr. Z throwing Kaepernick overboard, maybe becoming a part-owner in the NFL?” 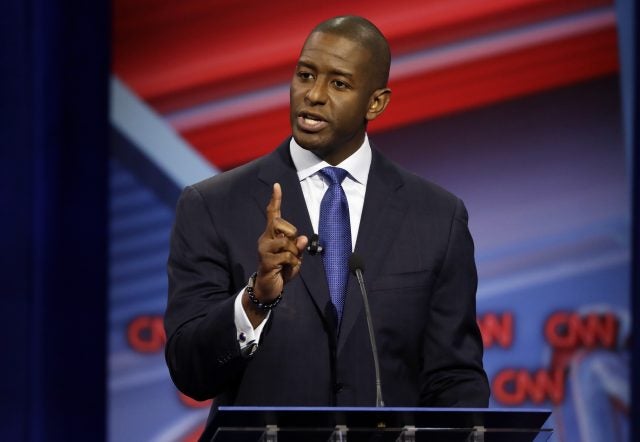 RUSH: Oh, but one did. Mr. Z described the fact that he called Colin before this press conference, and he was asked how a conversation went. And he indicated not well. He indicated Kaepernick was not happy with Mr. Z taking the gig in the NFL. I think there’s so many people that are exhibiting blatant ignorance here, embarrassing blatant ignorance, that some of these people need simple lessons in capitalism.

Kaepernick has not been harmed financially. Kaepernick refused a contract extension from the 49ers. He could be — well, I don’t know if he would have made the team this year, but he could have been on their roster last year if he would have accepted the deal, but he didn’t accept the deal because that wouldn’t fit the agenda.

But in one of these scenarios one of the guys getting paid is selling out his brothers, rather than being heralded as a trailblazer. Honestly, if I’m African-American, I’m looking at this, I’m saying, “What in the world do I have to do? Everything I do I’m gonna be a sellout here.” I mean, they complain and they whine and moan that there’s no minority ownership in the NFL. Here comes Mr. Z on track to maybe be a part-owner, and they gotta throw that under the bus.