Student Thanks Teacher for Master Class in Globalism

RUSH: Steve in Pensacola, Florida, you’re next, sir. It’s great to have you. Hi.

CALLER: Hey, it’s great to be here, Rush. I just called because I couldn’t get in last week. I wanted to thank you for the master class that you gave on globalism.

RUSH: Well, you are more than welcome, sir. What did you take away from it?

CALLER: Well, you talk about it like it’s just a weather forecast but I think there’s a lot of people that feel there’s something wrong going on. And I think you explained it as crystal clear as you always do. I think it’s just innate. I mean, people don’t realize that there’s a force bigger than they are. And I just think — 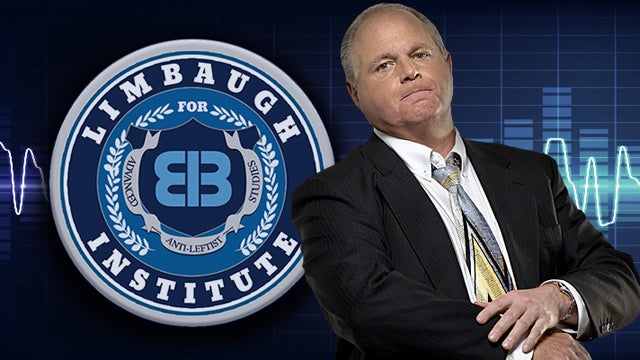 RUSH: Well, when the subject of globalism comes up, most people think that it’s a conspiracy theory. Most people think it’s a creation of a bunch of kooks, that there is no globalist movement, there’s no bunch of people trying to set up a one-world government. This is what kooks all of our lives have maintained. So you have to be very careful how you bring it up and how you discuss it.

CALLER: You were able to put it out there eloquently, as well as Ayn Rand.

RUSH: Well, I appreciate that. You know, I really do. Despite what you people might think, I never get feedback. So I just have to sit here and assume that everybody’s enjoying this each and every day. But Steve, I appreciate it. What enabled that last week was a piece that I happened to randomly run across in the middle of show prep, a column at American Greatness by a writer named John Fonte, and the headline of the piece: “Who Makes the ‘Rules’ in a ‘Rules-Based’ Liberal Global Order?”

And my starting point is that there is a globalist movement, but it’s not a conspiracy. It’s not something that’s hidden away in some deep, dark foundation in New York City. It’s active and real. And it is taking place, and it’s underway. And it’s in plain sight. It’s in plain sight all over the world. It’s in plain sight on one issue especially, immigration and migration. You can see how it has been enabled. The effort of the current crop of globalists is to eliminate the concept of nation state, to eliminate the concept of borders or nations, and to, instead, just have this one gigantic, global collection of humanity.

And it is stated that the people behind this are utopians and that they believe they can actually make the world a better place. I don’t think that’s true at all. I don’t think there’s anything altruistic about a group of people that think that the world should be run by one organization and that every nation or every person in the world should be subservient to or reporting to that particular organization or global governor.

I don’t think there’s anything utopian about it. I think they’re power mad, and I think they’re money crazy. But the truth telling of it for me is when I see quotes from powerful CEOs and government officials which happen to confirm my own political instincts. You know, I’m not out here making anything up, and I’m not by any stretch a conspiracy theorist. And you know why? Because people can’t keep secrets.

I refuse to believe conspiracies. There can’t be any because nobody can keep a secret. And the number of people that would have to keep a secret, depending on the size of the conspiracy, is simply not humanly possible. So I don’t believe in these conspiracies. I think this thing is right out in the open. I think there are some very powerful people who have this dream or this objective of establishing a global type governing body over the world.

The primary obstacle in their way is United States. If they’re going to succeed with this, they have to find a way to get the United States to go along with it. Now, what would that entail? Well, that would entail a president like Barack Obama who also believes that the United States is more a problem in the world than it is a solution.

And I can connect this to the New York Times wanting to rewrite American history. If you’re going to establish that the United States is a flawed, deeply flawed, undeserving, immoral and unjust place, why, you’re setting the stage for its abolition, which just so happens to be what is necessary for globalism to succeed. And if you can pull that off, why, then you’re halfway home.

Now, let’s go back and look at the Obama eight years. What did they tell us? They told us America’s greatness in terms of prosperity was over, that it was a thing of the past. That our greatness in the past, our prosperity in the past was largely unjust and immoral because we had either stolen resources from other nations of the world or we had conquered people or plundered them. There was slavery and all kinds of social injustice and we were just not deserving. And now it was time to pay the price for that. 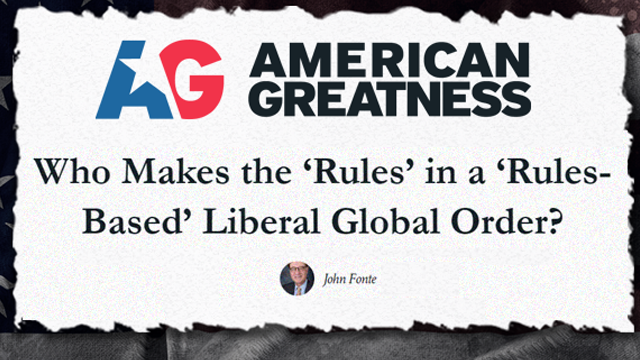 So they told us that there’s a new normal. Manufacturing jobs lost are not coming back now. You just have to adjust to this. So we’re gonna give you health care. We’re gonna do some things to mitigate the damage, but going forward you should not expect for future generations to do better than their parents, which has always been a fundamental aspect of the American dream. And Obama said the new normal is an economy and country in decline and that responsible leaders going forward will be the best at managing that decline. That was the sum total of Obama’s eight years. What more could a globalist hope for than for that?

I’ll tell you the monkey wrench in all this was Donald Trump, who comes along and starts talking about making America great again and thinking all this hooey about America’s greatness is a thing of the past is just that, a bunch of hooey. Talk about bringing jobs back, economic growth of 3 to 6 percent, Make America Great Again, make America the solution to the world’s problems, and these people panic.

I think they thought they were well on their way. Trump comes along and wins, and they haven’t been the same since. I really believe they believed that they were on the verge. Here’s a quote from the top executive at Colgate-Palmolive. “There’s no mind-set that puts this country, United States, first.” The CEO of one of the America’s largest hedge funds said, “Look, if the global economy lifts four people in China and India into the middle class while one American drops out of the middle class, that’s not a bad deal. I can live with that.”

Meaning, if we have to plunder the economy of United States to equalize economics around the world then we’ll do that. Gladly we will do that. The fallacy for all these people and the ignorant in economics is a belief in the zero-sum game, and that is if something grows, something has to shrink. If you get a dollar, somebody has to lose a dollar. That’s BS. It’s total BS. The United States has proven that’s BS.

RUSH: There is a dream of a global government. The European Union is serving as the model. Why do you think American leftists so love Europe and the European Union and all? That’s the seat of all this, and the United States is the lone obstacle. I don’t think they can ever do this. I don’t want to get anybody alarmed here. I think this is satirical, Bond villain stuff. We are never… We’re never gonna allow it. The people of this country are never gonna surrender to the United Nations or globalism. It just isn’t gonna happen.

That doesn’t mean we will not have leaders like Obama who are gonna try. But the American people are not, at least as currently constituted, capable of giving up or sovereignty. Now, I know the pressure is on for this to happen — and if things aren’t changed, you know, 10, 20 years, who knows? All that’s gonna be off. But right now, there is no way.