Climate Change Lunacy? There Are Apps for That.

RUSH: So I’m minding my own business yesterday, I’m at home in my stately library, and I’m not really doing any show prep, just taking some time to chill the mind. All of a sudden my two phones start going nuts with alerts!

See, I use three weather apps. And I have the alerts and notifications for all of them turned on ’cause if you live down here, you need to know if there’s inclement thunderstorm activity coming, if the heat index is gonna require the air-conditioning to be turned down… 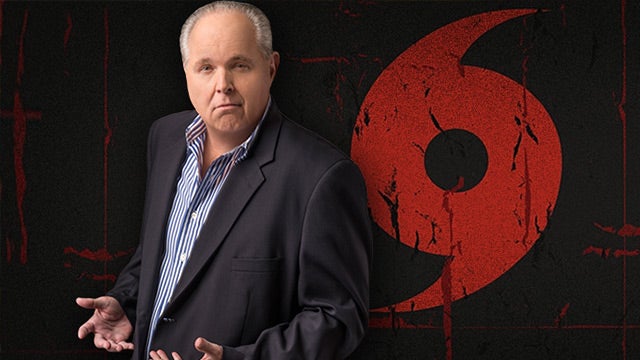 And they all went nuts at the same time. I said, “What is this?” I looked outside. There’s not a cloud in the sky. And you know what it was? There was a hurricane or a tropical storm out there. I said, “What?” All of my weather apps have the ability to show me a map of where this thing is, but all that was around it was blue, meaning ocean.

This thing was halfway between New York and London in the northern Atlantic Ocean! I looked at it, the winds were 40 miles an hour. There was nothing tropical stormish or hurricanish about it. And, you know, they got me. We’ve got the people, the climate change crowd has taken over the weather forecast. It’s now confirmed. They just need numbers. They need to be able to claim there were X-number of tropical storms and there haven’t been any.

The season began in June. There haven’t been any of note. The forecasts were that this was gonna be a devastating hurricane season, it was gonna be really, really bad because of all these skyrocketing temperatures and the skyrocketing sea surface temperatures, and there hasn’t been diddly-squat out there. And I looked at this and I just had to chuckle. It was so pathetic.

RUSH: So I checked the email during the break. “Dear Mr. Limbaugh: Why do you use three weather apps on your iPhone?” I actually use more than that. The first answer is because I can. The second answer is ’cause I like the graphics of all three. And the third answer is that they all do just enough differently that when you combine ’em all you get everything you want, or everything you need, plus I’m a weather guy. You know, I’m a meteorologist wannabe, like most everybody else is.

The weather is as common as anything in life is, and it remains one of the most discussed items between people every day. It could be a hundred degrees in August when it’s normally a hundred degrees in August and everybody will talk about how hot it is. Every August there’s nothing new, nothing different about the weather other than you can’t predict it beyond three to four days, and it’s still one of the most talked about subjects between human beings ever.

Now, some of the discussion is because nobody can think of anything else to talk about, but still, it is. So that’s why. (interruption) Well, if I start telling the three that I use, it’s unfair to the ones I don’t, and so forth.