We Have Two Parties with One Loyalty: The Establishment

CALLER:  Hey, Rush.  Thanks for having me on, sir.  What I wanted to address was what you were saying earlier, what Trump doesn’t get credit for.  He speaks to people’s needs as opposed to people’s wants, and everybody needs the same thing.  They need security.  They need to know that when they wake up in the morning, they’re waking up to the same world that they went to sleep in.  Everybody wants different things.

RUSH:  Well, you’re talking about the things the Democrats say, wondering what his magic is, that they haven’t been able to figure out?  Is that what you’re addressing?

RUSH: That he speaks to their needs as well as their wants.

RUSH:  So you say Trump’s speaking to their needs?

CALLER:  Right, and Democrats speak to their wants.  When you speak on only to people’s wants, you’re alienating —

RUSH:  Give me an example of “need.” What do you mean?

CALLER:  Okay.  Everybody needs security.  Everybody needs to know that the world they wake up in is the same as the one they went to sleep in.  Everybody wants different things.  I want a new iPhone; I don’t need a new iPhone.  People want to do certain things, but they don’t need to do certain things.  If you only say what people want, you’re ignoring the people who don’t want those the same things.  Like the Democrats can’t understand how people don’t want open borders, right?  But most people don’t need open borders.  That’s why so many people are against it. 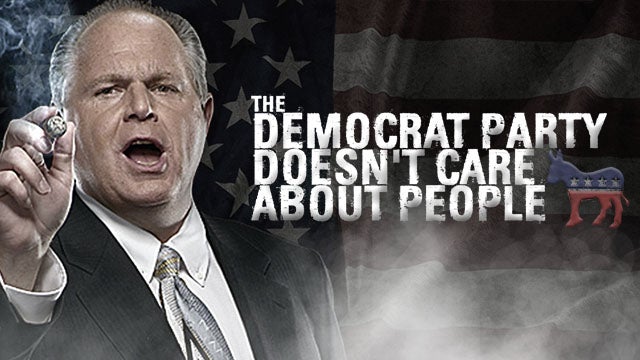 That’s why there’s so many people that vote for Democrats that are unhappy, dissatisfied, ’cause Democrats are promising all kinds of things that they can’t deliver.  But yet the continuing promise to do so remains alluring.  The hope is that one of these days, maybe they’ll be able to accomplish it.  But I know. I get your distinction between wants and needs.  And Trump dealing with people’s needs, security — meaning a wall, meaning protection against being overrun at the border by illegal immigration, protection against unfair trade partners. I get your point.  I appreciate it.