RUSH: We have the NFL season coming up. We’ve got perhaps the worst NFL preseason there’s ever been. Now, normally, this is the third week of the four weeks of the NFL preseason. Normally, this is when you get the dress rehearsal. The starters play traditionally for the first half. Now, the Indianapolis Colts are not gonna start any starters in their game tonight. They’re not gonna take the chance.

Cam Newton, the starting quarterback for the Carolina Panthers, bum ankle, bum foot, hit last night, got sacked, don’t know the status, meaningless game, would have been disastrous, could be if he’s lost for any significant time. The NFL’s gonna have to do something about this at some point. It’s just getting worse. I mean, these are not even as valuable as practices, these games.

Normally, they’re supposed to be rehearsal, get everybody ready for stadium football, game day football. The officials get to rehearse, get to get in shape, all of the press box staff, the video review people, all these people are supposed to get a workout, but players who don’t matter are the ones who are playing.

And, as a famous NFL coach said, the problem with these games is, if somebody makes a mistake, you can’t go out and redo it to try to fix it. Joint practices are far more valuable than these games. But these games, fans are charged full boat for them. And so something is gonna have to happen. This is all trending toward an 18 game regular season, a two-game preseason. 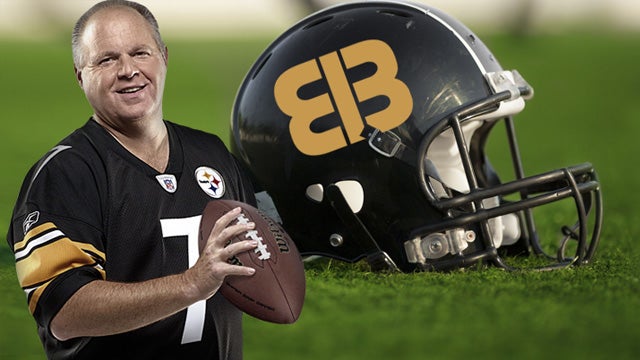 And the reason I bring this up, ladies and gentlemen — you might be, “What the hell does this have –?” Everything to do with it. Because, my friends, I am being sat down. My syndication and broadcast partners have decided that next week is an irrelevant week and that, if there is any week for me to not be here, to be sat down, to be protected from injury or other calamity, I should take next week off, just as the starters in the NFL preseason game three are taking time off.

It’s genuinely a nothing week. It’s the week leading into Labor Day. We’re gonna be taking the Labor Day holiday off and Friday of Labor Day weekend off anyway. So I don’t want this to be thought of as I am going on vacation. I haven’t had a vacation in over a year and a half, and next week will not be a vacation. It will not count against vacation. I’m being held out. I’m being sat down. They’re not even gonna dress me out next week. I am being held out to protect Trump’s chances for the 2020 presidential run, to be geared up and ready for when it really counts. And next week doesn’t.

So, it doesn’t count against vacation time. Of course, vacation time for me is irrelevant anyway since I decide how much there’s gonna be. But it was literally — I can’t say forced on me because it’s an exaggeration, but it was highly suggested, and I wanted to mention this at the top of the program rather than wait for it to be the last thing I say.

So now that there’s no shock and no surprise when next Monday comes, and the people who will never play the game for real are hosting the program. (laughing) I’m just kidding about that. They know that. It’s all good natured. It’s all good-natured fun.

RUSH: I’m being sat down for a week, meaningless week, don’t want to waste any great stuff until it’s important when I get back.

RUSH: Here we are, the final big broadcast hour, hosted by me, Rush Limbaugh. Welcome back. I’m not gonna be here next week. Much like the NFL is in the preseason that are not gonna play the starters the rest of the preseason — they don’t want to get ’em hurt in meaningless games — next week is judged to be rather slow and meaningless. It’s not important ratings-wise; so I’m being sat down. My broadcast partners are asking me (since I haven’t taken any meaningful time in way too long) to do so. So this is it. This is the final hour for a week. I’ll be back on the Tuesday after Labor Day.

RUSH: Thank you, folks, very much for always being here. I’ll be back on the Tuesday after Labor Day, and I will miss you. I just want everybody to know that.