Why Would the Obamas Buy a Doomed Beach House?

RUSH: I hear from you frequently, who think that the Democrat primary process is all a show for nothing because at the last moment Michelle Obama is gonna rush in there and accept the nomination and save the Democrat Party.

Now, I know that’s always been a seductive thing to believe. I want to tell you I never have believed it. The closest I got to believing it was when thinking about it from the perspective of Barack Hussein Obama. I don’t think Michelle Obama has ever had any desire to be president, but I could see where he would want back in.

Now, he can’t do it again, but Michelle could go in and front for him, and he could be revolutionary first guy, whatever, like Clinton was gonna be. But all of that’s out the window now because the Obamas have purchased beachfront property in Martha’s Vineyard. They’re gonna be so close to the Kennedys there that you could probably throw water balloons at each other.

Multiple sources on Martha’s Vineyard say that the Obamas are now in escrow for the estate owned by the owner of the Boston Celtics. Barack Hussein O and Michelle (My Belle) O have been renting the house this summer, they loved it so much, they made an offer. Now, the property originally was put on the market for some obscene amount of money and it didn’t sell. I think it was over $20 million. The Obamas are buying it for $15 million, 14.8.

It has 29 beachfront acres. The main residence is just shy of 6900 square feet. It’s about the size of my library. It has seven bedrooms so that the Obama children will have a place to crash along with several of their friends. It’s got the obligatory pool, the outdoor fireplace, vaulted ceilings, two guest wings, but it’s right on the beach. It’s right on the beach.

The Obamas have just sunk $15 million into something that may not be there in 10 years because of climate change and rising sea levels. So why would the Obamas do that? Why would the brilliant Barack Hussein O plunk down $15 million on a property that’s gonna be ruined and destroyed inside of 10, maybe 12 years at the outside because of climate change?

Well, let’s see. What could the answer be? Maybe because they know that this whole climate change thing is nothing but a gigantic left-wing agenda-driven hoax! Seriously, folks! Seriously! You can make jokes, we can crack about it, laugh about it, but why the hell would — Look, left-wing voters, Democrat voters believe that their standard-bearers really, really passionately believe this stuff.

Democrat primary voters believe that all these Democrat leaders from Obama on down to Crazy Bernie, you name it, they really believe this climate change stuff. They really believe it. That’s why they’re so important. That’s why they’re so valuable. What Obama said after accepting the nomination in 2008 (doing Obama impression), “Today is the day that the saving of the planet has begun. Today the sea levels are gonna start receding.” “Yay, yay.”

Well, the truth is Algore doesn’t really believe it. He’s done a great job of convincing people. Obama doesn’t really believe this crap. If he did, they wouldn’t be buying a $15 million home that’s gonna be overrun by the ocean in years. Now, some of you are saying, “Well, wait a minute, Rush. Maybe not. Maybe they don’t want to live in it any longer than that. They love it and they want to get in it while they can, Rush.” I’m sure this will be one of the rationales that their devotees will come up with to explain it, but it’s a futile exercise. 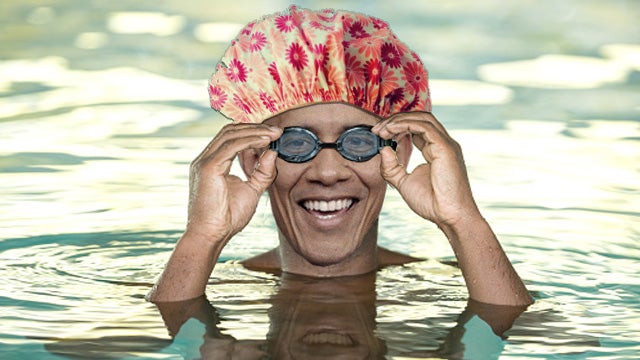 And in eight years they did a lot of damage and they scared a lot of people, but their expectations, they didn’t do diddly-squat. Now they’re looking at the signature Alinskyite issue being ripped to shreds and falling apart, Obamacare. They now see that despite eight years of telling the American people that the economic days of greatness are behind us, they now see that all it took is two years without the Obamas and the economy’s roaring back to life. So their lies have been exposed. Their agenda has been exposed as it doesn’t work. Why rejoin that fray?

“Well, Rush, they want the power of it. Maybe they want to finish the job.” Nah. They’re getting too much money. They have too many accolades. They’re big stars now. They get invited on David Geffen’s yacht, which is a big deal. They get invited to the Clinton birthday party. They get cover stories where they’re admired, the adulation never ends at People and USA Today. You might think that would continue. And it probably would. But who needs the hassle?

It’s like Fredo said, Fredo Cuomo pointed out, you know what? He thinks the reason Trump looks younger now than when he took office is because Trump doesn’t care. Trump doesn’t care about the country. Most presidents age in office, Fredo said. He was talking about this with Don Lemon.

Yeah, most presidents get gray hair, they get lines on their faces, the stress, not being able to sleep, worrying about who might be launching missiles or terror attacks, it just rips people apart and ages ’em like crazy, but Trump, Trump doesn’t look a day older. In fact, he may even look younger. 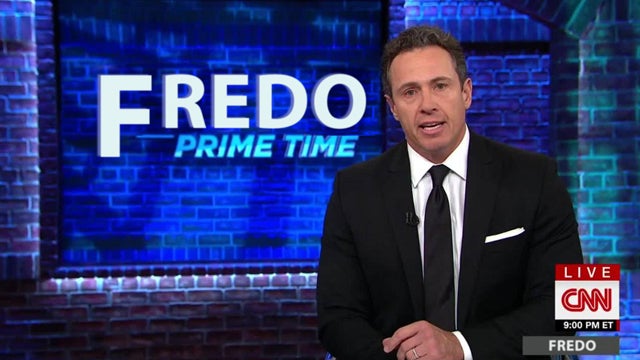 I think there might be another reason why Trump is not aging, why Trump doesn’t look a day older in office. I can think of a whole bunch of reasons. I’m out of time for this segment here, but the fact is Obama did look like the job wore him out. And I don’t think Michelle Obama wants to go gray. And I don’t think Michelle Obama wants to have to start using Grecian Formula to hide the fact she’s going gray. I think they’ve got it right where they want it.

They’re gonna have their little six-months-a-year home in Martha’s Vineyard, knowing climate change is not gonna wipe it out. They don’t have to have the pressures of running around with their hand out begging people for money to run for office again. They have just as much power outside the White House as in, essentially. So I’ve never really thought she was gonna do it unless Barack really wanted it, but I think purchasing this house kind of wraps up that possibility now.

RUSH: There’s a guy named Andrew Stiles out there. Andrew Stiles occasionally writes for the Washington Free Beacon, and he has just a funny-as-hell piece on the Obamas picking up this beachfront estate in Martha’s Vineyard. He writes this story from the standpoint of how the left would write it, with all of the worshipfulness and the adulation and the idolatry. So the this would that Andrew Stiles imagines would accompany this story in any leftist publication goes like this: “Obamas Strike Blow for Economic Justice, Donate Millions in Exchange for Massive Beachfront Estate.”

No matter what they do, it’s gonna be portrayed as a beautiful thing using leftist, politically correct talking points. The article begins, “Celebrity authors Barack and Michelle Obama are striking a blow for social, economic, and climate justice, vowing to donate an undisclosed eight-figure sum to [the] Boston Celtics owner … in exchange for his massive beachfront estate on Martha’s Vineyard, the luxury island vacation spot popular with Northeastern elites, boat-shoed bon vivants, and other rich freaks who use ‘summer’ as a verb and donate to Pete Buttigieg,” and it goes on.

It’s the epitome of bravery to buy a house that you know is gonna be underwater in 10 years. That’s courage, that’s bravery. The Obamas may even be willing to sacrifice the $15 million they paid to prove the point. (impression) “Barack Obama, desperate to wake Americans ups, risks $15 million to drastic loss due to climate change by buying beachfront estate which may not exist in 10 years.” That’s how it works when you’re an approved leftist and you do stupid, crazy, hypocritical things.

RUSH: Okay. So Open Line Friday, El Rushbo, executing assigned host duties flawlessly, zero mistakes. Here we go back to the phones. This is Duane in Beaumont, Texas. How you doing, Duane? Great to have you here.

CALLER: Well, fantastic. I’m glad to have gotten on the line. Got a answer for you, though. I figured out why Obama bought the land so close to the water on Martha’s Vineyard.

RUSH: I thought I’d already answered this, but go — what is your take?

CALLER: Well, is — I believe that his real estate adviser is representative Hank Johnson, and so according to his logic, Martha’s Vineyard will float. So they really have nothing to worry about.

CALLER: Well, it won’t sink in the water ’cause of the buoyancy, as far as he’s concerned, with his logic.

RUSH: Okay. Okay. Well, we don’t — I don’t know anything about that wives’ tale that there’s buoyancy involving — ladies and gentlemen, I —

RUSH: I know it’s Open Line Friday, but I have cautioned everybody. I make this look really easy. I know that all of you think you could do this, especially when you think I’m making a dumb, stupid point — which I never do. But don’t try this at home. The great always make it look easy, until you try it, and then you find out it isn’t. I always look at pros. When I look at football or baseball players or golfers hitting a ball…

The greatest golfers make it look like it’s easy as hell, until you get up there and actually start trying. Obama buying his home on the beach in Martha’s Vineyard is the greatest evidence yet that he and whole bunch of Democrats know that climate change is an entirely made-up hoax. If he really believed all this in the pit of his stomach, the bottom his heart, he wouldn’t be buying something that’s gonna be underwater in 10 years.