RUSH: I want to go back to the audio sound bites here, and we’re back under the umbrella of sheer ignorance. Sheer ignorance. I’ll stop short of saying “stupid” ’cause, you know, that can put people off. “That’s mean, Rush, you shouldn’t say somebody’s stupid.” Okay. I’ll just call them ignorant.

This is Alexandria Ocasio-Cortez back on August 27th, a week ago today, Instagram live, Instant Chat, whatever it is, taking questions from followers. Not an audience, but from followers. She was making macaroni and cheese with almond milk. Kind of like when Fauxcahontas was doing a video from her home with her husband who was there.

I think this is ornament window dressing. (imitating Fauxcahontas) “Hey, you want to have a beer with me, I’m gonna go get me a beer,” Fauxcahontas said, walked to the refrigerator, cracked the beer open and sat there, dank it while talking. Well, Fauxcahontas did that. 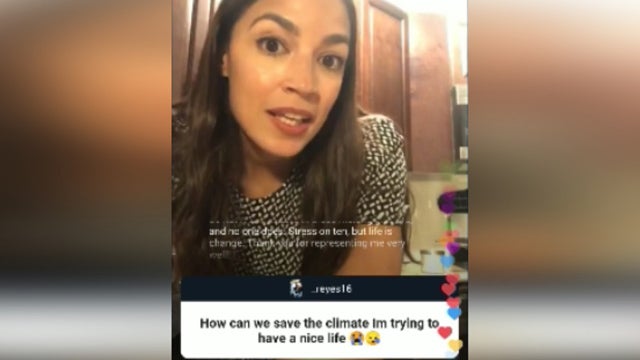 OCASIO-CORTEZ: While I was on vacation, I woke up in the middle of the night at 3:30 in the morning just concerned about climate change. There’s a lot of, there are a lot of things frozen in the tundra. There are a lot of diseases that are frozen in some of these glaciers that scientists fear that there is a potential that a lot of diseases could escape these melted glaciers, things that were frozen for thousands of years, and that they’re going to get into our water, and that humans could contract them, and they’re going to be diseases that are thousands of years old that have vectors that we are not prepared for.

RUSH: Vectors that we are not prepared for. She doesn’t have the slightest idea what she’s talking about. She obviously saw Jurassic Park where the dinosaur embryos were in amber. And Steven Spielberg brought ’em back to life on the silver screen. She was on vacation, had a nightmare at 3:30 in the morning, woke up worried about diseases and germs in the glaciers that are melting. Frozen for thousands of years.

So one way or another we haven’t got a prayer. They’re gonna wipe us out and Alexandria Ocasio-Cortez is having nightmares, waking up at 3:30 in the morning worrying about this. She said, “But even if the glaciers melt and even if there are no diseases and no vectors, climate change and sea level rise will make it impossible to grow food and live in –” The exact opposite. The warmer it gets, the more fertile the land will be in more areas of the world. These people are cockeyed. Here’s the next bite.

OCASIO-CORTEZ: You think overhauling our economy to decarbonize and save the planet is gonna be expensive? Try not decarbonizing our economy and allowing sea levels to rise, every coastal city to go underwater, every Midwestern city —

OCASIO-CORTEZ: — or large swaths of the middle of the country —

OCASIO-CORTEZ: — experiencing drought on a level — 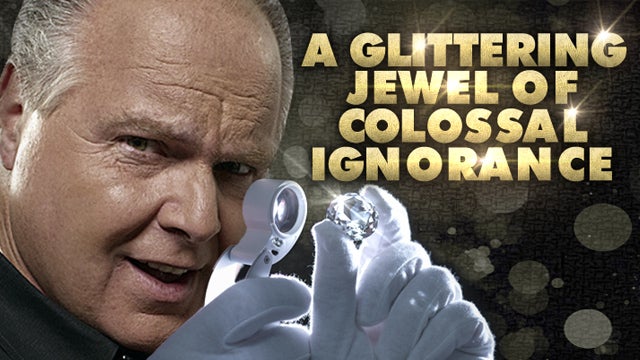 OCASIO-CORTEZ: — that we have not seen, that’s gonna be way more expensive. You think artificially having to create our food supply because the earth no longer can sustain growing foods naturally or the sun is scorching the earth so much that we can’t grow the foods that we used to be able to grow, that’s gonna be a lot more expensive. So we need to bite the bullet on the cost.

I have a story here, folks. It’s an AP news story. June 29th, 1989. I remember this story. I talked about this story. I was in New York. We were coming up on a one-year anniversary of the EIB Network, June 29, 1989, AP, Peter James Spielmann, “U.N. Predicts Disaster if Global Warming Not Checked.” Are you ready for the lead? This is June, 1989.

When’s the last time anybody ever said, “You people could be wrong about this.” Nobody in the news media ever challenges any of this. They just regurgitate it. “1989: Entire nations could be wiped off the face of the Earth by rising sea levels if the global warming trend is not reversed by the year 2000.” And to listen to these people, we haven’t made any progress. The trend has not been reversed. It’s getting worse, right? Why are we still here?