RUSH: A bunch of Trump supporters have declared war on the Drive-Bys. And they’re gonna give them a dose of their own medicine. I have been suggesting this for over 25 years! That journalists need to be investigated, find out how many illegitimate kids they’ve got, how many DUIs, how many accidents they’ve been in, and have that reported, because they sit there on a moral high horse claiming that they have moral authority to sit in judgment of everybody else.

‘Now they’ve become political activists disguised as journalists, so the Trump supporters are gonna start investigating these people, and they are stunned and they are paranoid and they are outraged, led by that little pencil guy that runs the New York Times now, A. G. Sulzberger. If that guy turns sideways you can’t see him. He sent a big memo to the staff warning everybody this is not what journalism is, we’re above being investigated or some such thing. 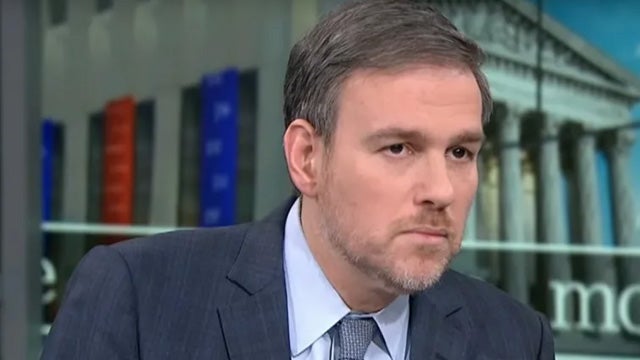 So Stephens comes out with some ridiculous column, I don’t even remember what it was, and somebody reacted by calling him a bedbug, and he flipped out! He went nuts! Nobody gets to call him names! Nobody gets to make fun of him! I remember when Bret Stephens used to be considered a star by people in conservatism, when he wrote for the Wall Street Journal. The guy turns out to be just a fraud, phony. Cannot even take a little teasing compared to what these people dish out.

Bite Me, Joe Bite Me. The New York Times has a story asking, is Bite Me really ready for this? Does Bite Me really want to do this? They are trying to take Biden out. The New York Times does not want this guy to run. He is a walking gaffe machine. Nobody seems to care about it now, but it’s gonna focus itself if he does become the nominee because he’ll become a laughingstock.

Some Indian group, I forget the name of the group, it’s in the Stack here — has really gotten on Trump. It’s very discriminatory, very, very hateful to call Fauxcahontas Fauxcahontas, Elizabeth Warren. Very, very bad, very, very dangerous. We hate Trump. Trump shouldn’t be doing this. The fact that she ran around and pretended to be an Indian, they didn’t care about. The fact that she ran around, lied about being an Indian because she’s got this white skin that looks like she came out of a bag of flour, high cheekbones, claimed to be an Indian like one one-thousandth of an Indian to get a gig at Harvard, they don’t care about that. But they care about Trump calling her Pocahontas. People cannot laugh anymore.

CNN finally caved. There will be a Democrat debate on climate change. The only topic. If you take a list of issues the American people care about, it’s at the bottom. But they are going to do it.

You know, I was also wondering as I paid attention, I was not totally off the grid while I was out last week. And I think the Drive-Bys are continuing to lose their minds. I understand why and I’ve told you. They can’t get rid of Trump. They can’t even, in their minds, really inflict any damage on him, and they’re going nuts. And the Comey thing happened, which we’ll have comments on too as the program unfolds.

This IG report’s not getting the weight that it should. It’s not getting the analytical weight. Now, I say that. I haven’t watched and spent a lot of time, a lot of media, a lot of people may have delved into the real import of what the Comey meeting was on January 6. Trump was always the target and Comey’s meeting on January 6 was a setup. It was an attempt to get Trump to say anything.

That’s where they presented the story of the golden showers, the prostitutes he supposedly hired to pee on a bed in Moscow that Obama had slept on. That’s the thing from the Steele dossier that Comey told him, and they were this hoping that Trump would have some kind of a reaction that would allow Comey to leave and say the guy’s unfit, he asked me to sweep something under the rug, whatever. And it was that that allowed Comey to call Clapper, Clapper called CNN, that puts the dossier in the news.

That whole thing was a setup, and the IG report pretty much makes it clear. It was a setup. Trump was the target. Comey totally lied to the president about that in an attempt to set him up. But it didn’t work. And so the Drive-Bys are going nuts. Nothing has worked, as we have recounted. And I think last week it all came crashing down.

Lawrence O’Donnell of PMSNBC actually put out a story that Trump was into the Russian oligarchs for all kinds of money and that was the real Russian connection. He only had one source for it. He was on with Rachel Maddow, and she had her head in her hands as she was hearing this ’cause she knew it was not good. There’s no evidence for this. And Lawrence O’Donnell is just obsessed with the fact that Trump and Russia did collude to steal the election. 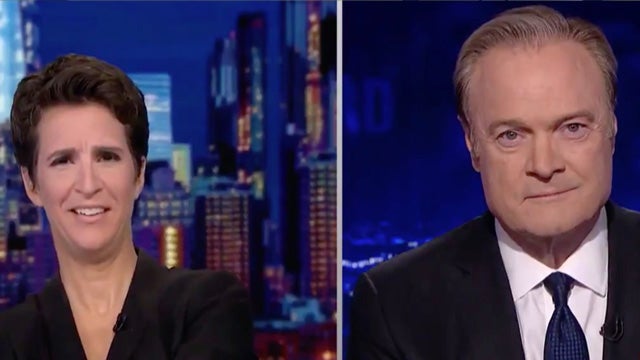 This guy used to be a prominent Democrat political strategist, folks. He’s now descended into the insane ranks of it, literally. He’s out there claiming that Russian oligarchs — these are the guys that have yachts, have models on ’em, you know, during Christmas and all holiday seasons over in the Mediterranean, Monaco and so forth. Putin’s buddies. And he says that the oligarchs are into Trump. Trump owes them left and right. That’s the connection. There was no evidence for it. He had to pull it back in less than two hours, apologize for it. It was a profound embarrassment.

But he was not alone. Bret Stephens lost his credibility forever and is now being known as bedbug. The Washington Post had a columnist that tried to smear J. D. Vance. That blew up in their face. All of this stuff happened in a 48-hour period. And they continue to get everything wrong, and there has yet to be a mea culpa, there’s yet to be an apology to their audiences for misleading them.

RUSH: Grab sound bites 21 and 22. This is what I was talking about with Lawrence O’Donnell. You may have heard about this, but I can’t trust it. This happened on MSNBC. Their audience is dwindling away. But it is classic in illustrating my point that these people literally are going mad. You know, I say “insane” sometimes or “nuts” or what have you.

But I cannot overemphasize, I don’t think, how their failure and their inability to get rid of Trump has — well, it’s more than discombobulated them. Remember, these people are able to get whatever political result they want, everything short of elections. If they want to destroy a Republican, they’re able to do it. If they to want take a Republican out, they’re able to it. They have the media. An actually, it isn’t media anymore. It’s journalists, people acting as journalists, political activists disguised as journalists.

So it was last Tuesday. And Lawrence O’Donnell, who at one time, at one time was a highly respected Democrat strategist. He was a political consultant. He’s from Los Angeles. He had a reputation that was well deserved. He’s just gone. He’s descended here into sheer lunacy over the inability to get rid of Trump. So The Last Word With Lawrence O’Donnell, he’s speaking with Rachel Maddow, top of his show, and he says he has big breaking news that was coming up.

O’DONNELL: This single source close to Deutsche Bank has told me that the Trump — Donald Trump’s loan documents there show that he has cosigners. That’s how he was able to obtain those loans, and that the cosigners are Russian oligarchs.

O’DONNELL: That would explain, it seems to me, every kind word Donald Trump has ever said about Russia and Vladimir Putin, if true. And I stress the “if true” part of this.

O’DONNELL: Last night on this show I discussed information that wasn’t ready for reporting. I repeated statements a single source told me about the president’s finances and loan documents with Deutsche Bank saying, “if true,” as I discussed the information, was simply not good enough.

O’DONNELL: I did not go through the rigorous verification and standards process here at MSNBC —

RUSH: There aren’t any.

O’DONNELL: — before repeating what I heard from my source. This afternoon attorneys for the president sent us a letter asserting the story is false. They also demanded a retraction. Tonight we are retracting the story. We don’t know whether the information is inaccurate.

O’DONNELL: But the fact is we do know it wasn’t ready for broadcast, and for that I apologize.

RUSH: Right. “They demanded a retraction tonight, we’re retracting it. We don’t know whether the information is –” yes, you do know that it was inaccurate. They just can’t help themselves. They are still so convinced that the Russians — or this guy, at least, is. So that was one of the many things that blew up.