RUSH: The Chinese thing, when you hear about this, you tell me that Google and Twitter and YouTube are not already doing this. In a nutshell, the Chinese government has issued a formal government program called a — what is the name for it? It’s a social – I’m having a mental block. They score people on their honesty and integrity and their morality and their lifestyle and determine whether or not they are permitted to use their mobile devices. 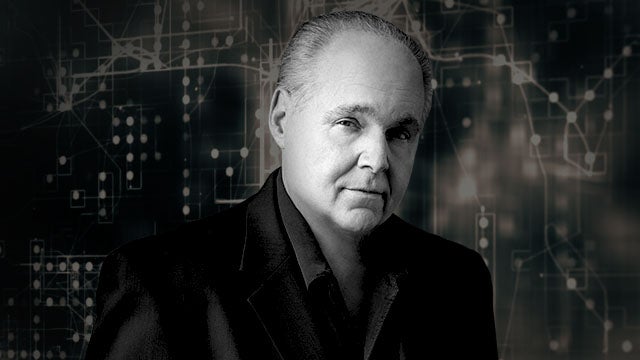 Public reputation, as established by the government, based on the way somebody lives with their morality, and this is according to the dictates of the Communist Party in China. And of course, the ChiComs have certain speech that’s permitted but a lot of speech that isn’t. They have a lot of activity that’s permitted and that isn’t.

They’re getting ready to lower the boom on the Hong Kong protesters. I want to tell you, the state-run newspaper Xinhua issued a warning, the ChiCom government is out of patience, out of time, and pretty soon the death, the hammers are gonna be coming down on the Hong Kong protesters. They are just not gonna tolerate it. They’re gonna let it go for so long for public consumption, worldwide consumption and marketing and PR, but after a while they’re gonna stamp it down, like Tiananmen Square.

You could lose privileges. You could lose various shopping privileges, use of your mobile device, behavioral. You could be subject to charges of breaking the law. It’s really hideous and it’s being done under the guise, like the Chinese and the communists do everywhere, of maintaining social order and proper behavior and proper morality and all of that. And Drive-By Media and some of the people that I read on my tech blogs, they’re not so outraged by it. Well, it’s the Chinese. What are you gonna say?

I don’t see any real difference other than Google and Twitter and YouTube are not government. But this is the kind of thing that takes hold and can build. ABC has a long story on this, and it’s a mixture of video and still shots and text. And it’s impossible to format and print to give you details. But I’ve been following this for the past couple of weeks, and it’s typical communism, and it is portrayed as loving and maintaining order, but it clearly is they’ve got over a billion people. This is the way they’re gonna control ’em, by issuing public scores on suitability.

It doesn’t take much to lose your ability to behave as you wish, to have some modicum of freedom, and it seems to be a trend. What worries me about it is the growing acceptance among young people in this country for the justification of centralized power. Young people seem to think that a centralized authority dictating this and dictating that is the only way to solve problems as though there is one final answer to everything and there’s one entity that has it and there’s one entity permitted to use it.

Sadly, this is the way the Supreme Court’s been looked at for I don’t know how long. The Supreme Court has been used to solve political fights under the guise of law. So laws get written and they pass and they get challenged on the constitutionality, and here comes the Supreme Court with nine people to determine whether or not something is illegal or illegal, can or cannot be done, and people look at it that way.

The founders of this country never intended the Supreme Court to be what it has become, and of course the justices embrace this stuff, all of them except Clarence Thomas and Alito and Neil Gorsuch. I guess it’s a natural tendency. Keep a sharp eye ’cause I think this is already happening in America via the social media people who are clearly determining who’s fit and who’s unfit and you know damn well that the unfit are all, or the vast majority are conservatives.

RUSH: Back to the phones, Jane in Miami. Great to have you. Hi.

RUSH: Fine and dandy. Dodged a bullet down there, Jane, dodged a big bullet.

CALLER: Yes, we did. Yes, we did. It was a very big bullet. But we dodged it, thank God. I was calling about — I wanted to make a comment about what you were saying about the social scores that they’re doing in China.

CALLER: Exactly. It’s a scoring system kind of like what we have here with the [unintelligible] scores and all that, but in their case they’re doing it socially, so if you do things that are bad on social media or something, they’re gonna take scores away from you, numbers away from you. And my son lives there, and he was telling me that — so if you’re on the lower end of the score and you apply for an apartment to live with your family, you may not get the apartment because your scores are low.

RUSH: And my point is that online in America this is already happening with Google and Facebook and Twitter. They’re already beginning to shame people that they have political disagreements with and giving them low scores.

CALLER: They are, but I don’t think it’s gotten to the extent of what the Chinese are doing and delving into even your personal life like getting an apartment, you know, you might have an issue with —

Hell, the Google CEO had a satellite office in the West Wing he was there so damn much. Eric Schmidt. They’re inseparable. But you talk about the difference in — what happens in social media in America if you get dinged by Google or Facebook. There are people who are losing their jobs. People are not being allowed to write and say what they want at work and so forth.

A social media score from Twitter or Facebook can indeed have a negative impact on the next job you get, if your employer happens to be aware that Facebook or Google think you’re a troublemaker. It’s hideous and it’s only gonna grow, especially as this supposed attachment to central authority being the final authority. I mean, you see how that’s possible, right?

CALLER: I do. He’s studying diplomacy, my son in China, and he was telling me that when he applied for the State Department to work for them, part of the requirement was to give up your Facebook, you know, log-in, you know, not the log-in, but your ID so that they can see what you’ve been doing the last three, four, five years.

CALLER: And that’s our government doing that. Well, what happens if they don’t like what you’re doing. Do they not hire you? I didn’t understand —

RUSH: We’re there by extension. I mean, I’m not comparing what’s happening in the United States to China, ’cause again the Chinese government is doing this. But the impact of negative – well look at — I don’t want to mention any names ’cause I don’t want to — but there are people that Google or Facebook or Twitter have totally banned, and then that makes news. And the media highlights that these people have been banned in approving ways. “Yeah, they were malcontents, they were conservatives, they were Christians.”

And then of course you add to this the left wing mob, these invisible, pajama-clad, anonymous hatemongers that make up the base of the Democrat Party piling on and forever — you look at the bots. I maintain to you, look at the boycotts of businesses by businesses of certain media people and networks. And it doesn’t even take the government doing it. All it takes is social media.

Somebody in conservative media can say one thing that Media Matters doesn’t like or some other left-wing organization, and bammo. Next you see there are a hundred thousand complaints and emails and texts and so forth expressing shock and outrage over what was said and demanding that there be a boycott, demanding that the person be fired. And what happens? It becomes a self-completing circle.

That’s why my point is that social media in this country is already doing this. And they’re having a similar effect. They don’t have the power of government, but they certainly have a whole lot of power to ruin somebody’s life if they really want to try to do it. 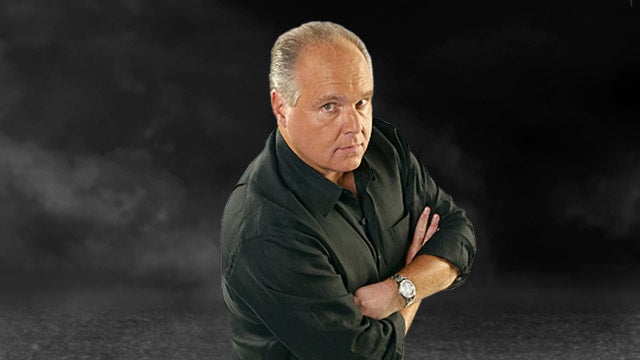 But I think the danger here is that if we elect the wrong person, they’re gonna look at what the ChiComs are doing and they’re gonna think it’s a great idea. “We need social scores in America. We need to stamp out all of this unfit, radical behavior.” And they’ll be talking about conservatism.

That’s why I constantly maintain that this stuff is an ongoing battle, and they have to be defeated politically continually in an ongoing way, because they’re not gonna stop. They need to be categorized as the minority they are.

That’s the real frustrating thing for me. This is a minority of Americans that are getting away with making themselves look like they are the majority because they have media sympathy with them. Anyway, Jane, thanks much for the call.