The Democrat Party Is the Largest Hate Group in America

RUSH: “Local Effort To Boycott Businesses Owned By Trump Supporters Brings Strong Response From GOP.” This is in Pittsburgh, home of the Steelers. Now, what happened here, it’s local social media. This is a Pittsburgh version of Julian Castro and trying to dox Trump donors.

“Local social media is abuzz over efforts in Pittsburgh to identify and boycott businesses owned by supporters of President Donald Trump.” Pittsburgh blogger Brian Broome told the local media, “I think it’s important because people have a right to know where their money is going.” 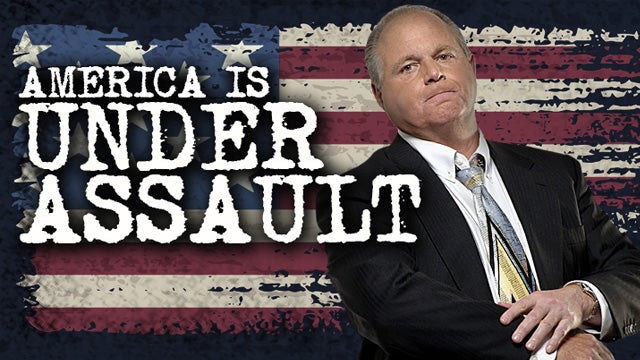 So the Facebook page, “‘Ban Kenny Chesney from Pittsburgh’ says there’s a list of almost 100 local businesses owned by Trump supporters which will soon be disclosed on a new website. As of Tuesday night, the Facebook page has been taken down.”

What do you call people that behave like fascists? What do you call people who do not tolerate different opinions, political or otherwise? The nicest word I can think of is “Democrat.” I have said it before. I will reiterate it here. I think today, in the United States of America 2019, the Democrat Party is the largest hate group in America, and they are the most dangerous.

The Democrat Party wants to deny Americans the right to self-defense by taking away their guns. They want to deny non-Democrats the ability to earn a living. They want to force people into an economic system that eliminates choice for consumers. They want to ban fossil fuels. You know, this is so senseless. And I look at how many young people buy into this. It’s shocking and scary, the idea that you could actually ban fossil fuels and that if we don’t the earth isn’t gonna be habitable in — well, 12 years, according to Alexandria Ocasio-Cortez. Well, it’s 11 now since she said it a year ago.

The idea that we could eliminate fossil fuels and maintain civilization, we couldn’t. And yet the number of young people that don’t even think it through, “Oh, we’ve gotta get rid of fossil fuels to save the planet.” You can’t. These people think fossil fuels were invented by fossil fuel companies to destroy the planet. Yeah. Exxon Mobil, Texaco, they don’t care about the planet. All they want are their evil profits.

These people have no concept of what it takes to produce the actual energy that they consume and use each and every day. The wind and solar — renewable, sustainable. I really worry about the overall level, or lack of it, education that just average, ordinary people of this country have.