America Isn’t the 47th Best Place to Live in the World!

RUSH: Look at this. This may be the piece de resistance. And this is not an accident. You may have seen this story stumbling around the news today. “Survey: USA ranked only 47th out of 64 countries as the best place to live in the world for the second consecutive year.” 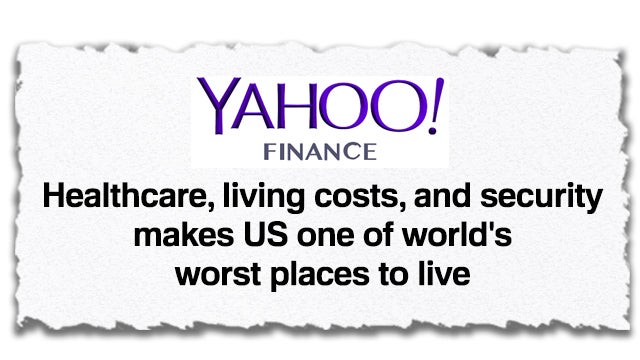 Now, this is bogus. This is concocted and made up. And it is timed for the Democrat presidential campaign. America sucks. America’s best days are behind us. This is continuation of the entire plan the Obama administration had to get people to accept the idea that their lives were not gonna improve much and that we needed special people to manage this decline and to make sure that the misery was spread equally so that it wouldn’t be experienced and suffered by some but not all.

And this is promise of the Obama administration. Everybody’s gonna suffer if we’re in charge. Nobody’s gonna escape it. And that was taken as, “Good! Good! I’m not gonna be the only one. If everybody else suffers, that’s fine.” No optimism. We talked about it yesterday. No uplifting, no optimism, no “America’s the greatest place.”

The Democrat Party is literally invested in the idea that America’s bad, it sucks, America’s declining, best days are behind us, everybody’s gonna suffer. The Democrat Party is going to limit the suffering and make sure that it’s equally spread so that nobody suffers any more than anybody. That is sadly full of it. There is no way that the United States of America ranks number 47 out of 64 countries as the best place to live in the world. It’s not possible. It’s not real. It cannot be.

This is “according to the major benchmark Expat Insider 2019 report which surveyed 20,259 expats,” that’s expatriates, “representing 182 nationalities and living in 187 countries or territories. An expat is defined as an employee sent abroad on a corporate assignment or classed as a new international hire. The survey ran from 7 to 28 March. Respondents were asked to score 48 different factors, which fall into 17 subcategories,” sounds like the Houston Texans’ front office, “related to living abroad. 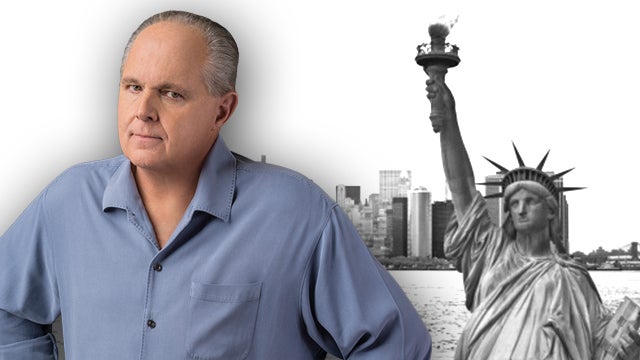 “Those 17 subcategories are then put into five pillars — Quality of Life, Ease of Settling In, Working Abroad, Family Life, and Personal Finance.” (laughing) The United States, the wealthiest country on the planet with the highest standard of living… I’m not saying that we’re perfect. Come on. The world is trying to get into this country and the Democrat Party wants ’em to come in. “For a place to be ranked, there needs to be a sample size of at least 75 survey participants per destination.

“The only exception…” This thing sounds too complicated for anybody to know what they were answering here. Have you been able to keep track of this as I have described it? No, you haven’t. “What do you mean ‘pillars,’ ‘subgroups’?” Well, yeah. Subcategories, 48 different factors, 17 subcategories, 17 subcategories, then put into five pillars — all to prove the United States sucks.