Marianne Williamson Amazed at How the Left Lies

RUSH: Marianne Williamson (impression): “I didn’t think the left was so mean. I didn’t think the left lied like this. I thought the right did that, I thought we were better.” This is in an interview with David Remnick in The New Yorker.  Where has this woman been?  She’s been gazing at crystals her whole life, apparently.  You know what? This shows how effective the media and culture have been in foisting a huge lie on the American public. 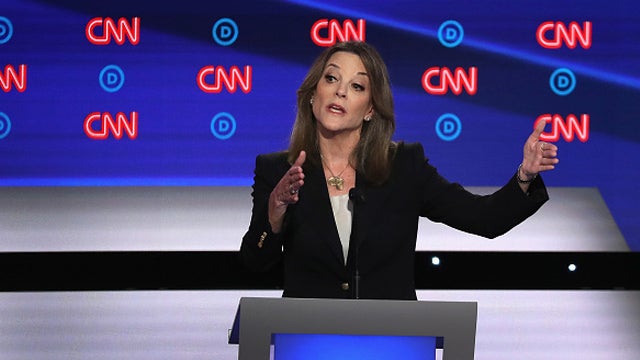 She is being bombarded on Facebook, Twitter, everywhere with people that hate her and think she’s a nutcase and a Looney Tune. (impression) “Get out of the race! You’re gumming up the works!  You’re ruining it!  You don’t have a prayer!  You’re a nut!  Get out!”  She had no idea there was any hatred on the left.  She had no idea!  “I know this sounds naive.  I didn’t think the left was so mean.”  She accused the left of lying about her use of crystals and “crystal gazing.”

She told David Remnick, “There is no crystal in my home, David. There’s never been a crystal on stage when I’ve talked.”  What does she mean? Crystal ball, is that what she’s talking about? (interruption) Gems? G-e-m-s? (interruption) Amethyst?  (interruption) Okay.  What would be so bad about being accused of having gems?  What, does she peer through them to make predictions?  What…? (interruption) Oh, I’m sorry.  I don’t know anything about that.  New Age thing where certain crystals like amethyst empower you to do certain things. 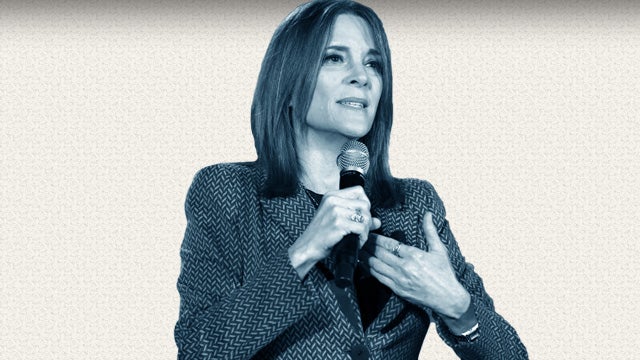 Okay.  Well, she accused those on the left of also falsely accusing her of having told AIDS patients not to take their medicines or implying that “lovelessness” causes diseases and that love is enough to cure their disease. She did espouse praying to stop or change the direction of hurricane, and they told her, “You’re an idiot.  You are an absolute fruitcake.  You are a nut burger,” and she didn’t expect it. She wasn’t ready. She thought she was gonna be received with the equal amount of love that she is imparting.  Poor Marianne.