Democrats Want to Wipe Us Out

RUSH: Many of you people over the years, “Rush, this business about wiping out the Democrat Party electorally, politically, that’s not realistic, Rush. That’s kind of an extreme, don’t you think?” Let me share with you a headline in with the New York Times. It’s an op-ed piece by one of their whacko columnist-ettes: “Dare We Dream of the End of the GOP?” 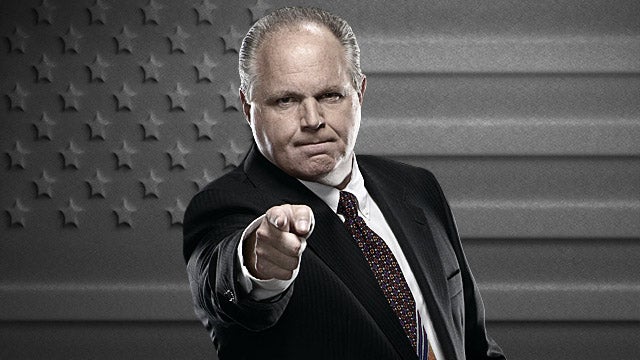 Michelle Goldberg, New York Times, “Dare We Dream of the End of the GOP?” Here’s how it begins. “Toward the end of his new book, ‘R.I.P. G.O.P.,’ the renowned Democratic pollster Stanley Greenberg makes a thrilling prediction, delivered with the certainty of prophecy. ‘The year 2020 will produce a second blue wave on at least the scale of the first in 2018 and finally will crash and shatter the Republican Party that was consumed by the ill-begotten battle to stop the New America from governing,’ he writes.”

Whatever the hell that means. Now, Michelle Goldberg then takes back over and says: “It sounds almost messianic: the Republican Party, that foul agglomeration of bigotry and avarice that has turned American politics into a dystopian farce, not just defeated but destroyed.” Wait a minute. Who are the real bigots among us? Where is all of the lack of morality and avarice, where is it? It’s not on our side.

“The inexorable force of demography bringing us a new, enlightened political dispensation.” Stanley Greenberg, you know, he’s married to Rosa DeLauro, you can imagine him being a pessimist. Maybe not even blame him. “Greenberg foresees ‘the death of the Republican Party as we’ve known it,’ and a Democratic Party ‘liberated from the nation’s suffocating polarization to use government to advance the public good.’ I’d like to believe it, and maybe you would too. But should we?”

Freedom is the worst thing that can happen; you won’t do the right thing with it. You won’t make the right decisions. You won’t spend your

However, I do want to get back into something that I opened a couple of days ago with. Remember when the latest retirement of a member of the House from Texas was announced? And it was like the fifth member of Congress from Texas that resigned. I said, “What’s going on here? Why are all these Republicans retiring?”

The same reason the guy, this great call from 20 minutes ago: What do we do with what we learn here? You use it. You tell other people. That’s what I do every day. You fight back against this stuff with the knowledge that you have and facts and ammunition to push back against the lies and the deceit.

Okay. I can accept the fact that it isn’t as much fun to be in Congress when you’re not the majority. But since when does that mean you don’t try to regain the majority? Why does it mean quit? “It just isn’t as much fun, Rush, to be a committee chairman and then you go back to being a back bench.” Yeah, quit? Why not try to regain it? Whatever happened to that? Whatever happened to beating them back and regaining the majority? Why is it automatic that you just quit?

“Well, I did that a long time, Rush. I was there when we were in the minority and won the first time. I don’t want to go through that again, my man.” Okay, fine. It must not mean that much to you, then. I don’t understand. Age is one thing, but retiring just because you’re in the minority. They all do it. The Democrats did it too. I think it’s a sign of the sense of entitlement that exists in government. But I think there’s also other things at play.

There’s an addition to the story here. This is from TheHill.com. “Texas Republicans Sound Alarm About Rapidly Evolving State — Texas Republicans are sounding the alarm as Democratic presidential candidates get ready for their debate next week in Houston, warning that the Lone Star State could become more purple if the party doesn’t treat it as a 2020 battleground.” 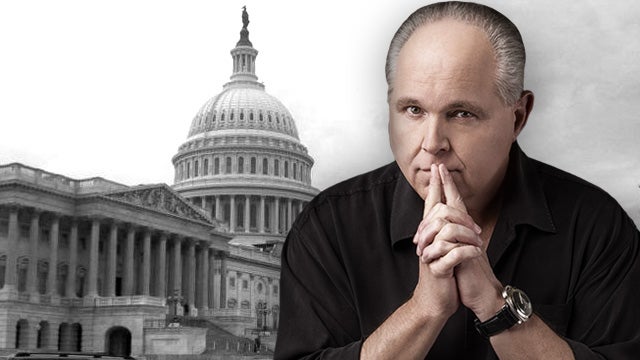 Okay, fine and dandy, so all the Republicans in Congress in Texas are quitting. Well, not all of them. “Most in the GOP are confident President Trump will win Texas and its 38 electoral votes next year, and they think Texas GOP Sen. John Cornyn will turn aside his Democratic challenger. But they are worried they will lose more House seats a cycle after Democrats clawed back two districts as they retook their majority,” in 2018.

“Five House Republicans have retired, including three in seats targeted by Democrats. The nonpartisan Cook Political Report rates them as either toss-ups or lean Democratic.”

I saw Ronna McDaniel, the RNC head honcho on TV saying these are safe districts. It doesn’t matter these guys are retiring; their replacements are going to win. It may be one thing to say that on TV to inspire confidence, but I wouldn’t rely on it.

And then I found something else. I had another theory that nobody is clean and pure as the wind-driven snow. And with social scoring now becoming a popular thing, the Chinese government is doing it on their own people, and I think it’s happening here with social media, like Google and Facebook, Twitter banning and shadow banning unacceptables, like conservatives.

But I also think this is leading to deep investigations into people’s lives. And since nobody’s clean and pure as the wind-driven snow they’re finding all kinds of stuff, and they’re blackmailing, they’re threatening these people: “If you run again, we’re going to make public all this reprobate stuff you did.”

“Okay, okay, I’ll quit, I’ll retire. Don’t do it, please.” I think that’s a factor, too. And this story, this is from TheHill.com: “Ethics Committee releases new details on allegations against Arizona GOP lawmaker — The House ethics committee,” Democrats run it now, “on Thursday released an expanded list of accusations faced by Rep. David Schweikert (R-Ariz.), who was accused last year of misusing official funds and receiving improper campaign contributions.”

Can anyone say Alexandria Ocasio-Cortez? The Democrats do this constantly. Alexandria Ocasio-Cortez, her chief of staff had to quit because of the financial games he was playing in addition to the way he was disrespecting the Speaker. This is always a one-way street. It’s across the board. All these so-called campaign violations are almost always exclusively charged to Republicans.

The Democrat motto is, if you can’t beat them, investigate them. And then embarrass them and then destroy them. And then destroy those close to them, their wives their grandparents, their kids, make their lives miserable. Make them spend tons of money. Make it not worth it. Make it not worth the hassle to run for office as a Republican and get elected.

Can I give you a classic example of that? Anybody remember the name Kavanaugh? Well, how many people do you think want to go through any of that? Now, almost nobody. And he was up for the Supreme Court. Change that to just an average congressional seat, how many people want to — they made that all up about him.

In fact, did you hear this? The lawyer for Blasey Ford, her name is Debra Katz, she came out and admitted the motivation for it. It was political. It wasn’t because she was afraid that some serial abuser was going to be on the court. It was because she was afraid of what Kavanaugh might do in a future ruling on Roe v. Wade and they wanted to attach all kinds of scandal regarding women to him to try to influence his future vote on it. 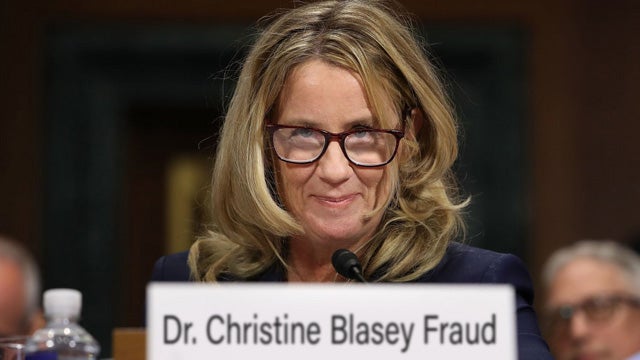 It was all political. And everybody knew this. Nobody just had the guts to say it, because Blasey Ford was acting like a childish 16-year-old afraid of her own shadow every time she remembered her harrowing so-called experiences with Justice Kavanaugh.