RUSH: How about this headline: “Why Are Marriage Rates Down?” Did you know that, Brian? Fewer people getting married? Why do you think it is? Mr. Snerdley, if you were to be told – and I’m telling you now — that marriage rates in America are down, why do you think that would be? There’s no wrong answer here. I’m just curious. What’s the first thing that pops – (interruption) What? Yeah, but why aren’t the Millennials getting married?

“Marriage rates have steadily declined over the past few decades, and now researchers from Cornell University are offering up a possible explanation: there just aren’t as many economically-attractive men for unmarried women to meet as there used to be.”

Now, let me share something with you. Way back in the 1960s when I was a kid, and many of you who have been lifers will remember the story or elements of it, that I did not want to go to college. I knew what I wanted to do. It was radio. Anything I did I wanted to further that. I looked at college as a four-year halt, as a four-year obstacle in the road. I didn’t want any part of it.

My father was devastated. He came from the Great Depression. The only way out was with a college degree. If you didn’t have one, in his lifetime, if you didn’t have a college degree, you had no prayer of ever amounting to anything. So he spent countless hours and years trying to impress upon us — my mother, too — the importance of going to college. And I remember one night he sat me down and he told me all the things that would happen to me, all the bad things that would happen if I didn’t go to college.

And then he said — you’ve got to remember this is all generational stuff — then he said to me, “Son, you’re never going to find a woman to marry you. No woman wants to marry a man that can’t support her.” Remember, this is the ’60s — and he grew up, he was born in 1918, and in that era women didn’t work. They were housewives and any number of things. They didn’t work en masse. But that was the generational belief system.

Of course, I’m listening to all of this as a teenage know-it-all thinking none of it is going to apply to me. I remember saying, “If that’s all I’m going to be to some woman, I don’t want to get married under those circumstances. What do you mean?”

“Well, son, I’m just telling you the way of the world. There isn’t a woman worth her salt who is going to marry somebody who can’t support her.” He said, “Son, women marry up.”

I said, “What’s wrong with me marrying up? What happens if I find a woman that’s wealthy?”

“That’s not going to happen, son, not to you.” (laughing) Anyway, look how timeless. Look how timeless. Now we have researchers from Cornell University saying that marriage rates are down because women can’t find men who can support them. I’m not saying it. Cornell University reports it’s “the lack of economically attractive men.” What does that mean? It means women want to marry somebody that has more than they do, that earns more than they do or at least has the potential. That’s what this says.

Snerdley says, “How can this be?” Now only that, how can it be with feminism? Do you realize what a failure feminism is? Now, it’s only a failure if you think marriage is a worthwhile institution. If you think marriage is not worth it, then this would be no big deal to you. But all the women in the workforce explains it. The point is people don’t change.

So what has changed? Women in the workforce. They don’t want to be — there are exceptions to everything — they don’t want to be the bread winner. They’ve got to raise the kids. They’ve got to give birth. At some point they all do this. Feminism, this is one of the first things that came back to bite them in the butt. They go to all these women, starting in the late ’60s, early ’70s, “You don’t need a man. You don’t need to be in a relationship. You can have it all. Single mother, you can have your baby, but you don’t need to be married.”

So women bought into it. And then the biological timebomb started ticking and many of them in their 30s quit work to have babies when the place of employment wouldn’t allow a nursery or a playpen in the office. And then when they quit work to have the baby, maternity leave, you know the percentage that did not go back to work? Men do not have this flexibility.

Women have always had the real power in relationships. And they’ve always had so much flexibility. So now I think the value of this story is to show how things really, in terms of just the way men and women are made, created, things don’t change. You have women in the workforce and they’re earning money, but they still have the same attitude about marriage.

This Cornell University thing, it isn’t me. I could have told you this without Cornell University and the survey research. I could have told you this, because I’m one of the few remaining adults in American society and American culture. Now, previous studies’ authors “examined data collected on recent marriages between 2007-2012 and 2013-2017, gathered as part of the American Community Survey’s cumulative 5-year marriage statistics. 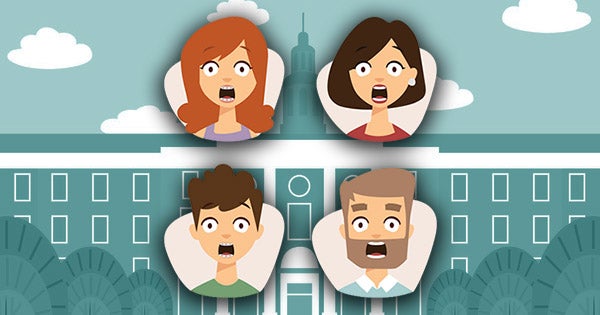 Women’s studies creates hate for men. Men have been labeled predators and you can’t trust them with their own kids. And men don’t want to put up with it. They don’t want to subject themselves to that. So fewer of them are going to college, which is resulting in this discrepancy between the definition of a “dream man” and what is available.

Here’s a quote from the survey. “Most American women hope to marry but current shortages of marriageable men–men with a stable job and a good income–make this increasingly difficult, especially in the current gig economy of unstable low-paying service jobs.”

Folks, don’t get mad at me over any of this. I can’t be held responsible for being the only adult and telling you the way it is. You can get mad at me all you want, but you’re going to be wasting your energy.