They’re Still Talking About “I Hope He Fails”

RUSH: The Democrat Party is openly now rooting for the country to fail. They are rooting for a recession, for example. They are rooting for America to lose international conflicts to Al-Qaeda and the Taliban, you name it. So Saturday night on Fox News Channel’s Justice with Judge Jeanine, one of her guests was the former White House press secretary, Sarah Sanders. Judge Jeanine said, “You’ve got people like Bill Maher hoping for a recession, which would cause people to lose their jobs. Debra Messing [the actress] wanting to out people so that they lose their jobs [in Hollywood if] they support Donald Trump. I mean, what is going on in the country? You were at the center of all of this.”

PIRRO: I hope I never become like the Democrats are right now, that they would rather our president fail and America not continue to grow, continue to be successful so that they could change who is in power. That is a terrible way to look at this country. I think the president has done a tremendous job, and he’s not just growing the economy for one sector. He’s doing it for all Americans. For everyone! 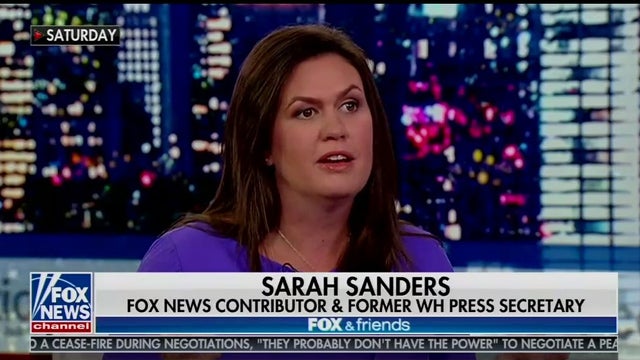 RUSH: By the way, there’s something new on this Trump economy stuff, and I just had it, and I’ll bet you I put it to the back of the Stack. It’s about food stamps and how they’re down. Well, I put it somewhere. This always happens when something comes in there on the fly. The number of people using food stamps is down by the millions, which is another great bit of economic news, and it’s a great news for the humanity of people. It means people are less dependent. But of course that’s not good news if you’re a leftist or a Democrat.

People not needing the government is a direct assault on them and their objectives. But it is a sign of the economy being so good! People don’t need food stamps or to go on food stamps and deal with the hassle of the program and so forth. But any time the subject of America failing comes up, who else do you think it’s gonna be mentioned in this conversation in a misguided way? Usually your host, El Rushbo. So the next day, Fox & Friends Sunday, Pete Hegseth cohosting played the clip of Sarah Sanders that you just heard, saying that Democrats want America to fail to get Trump out of the White House, and then he said this… 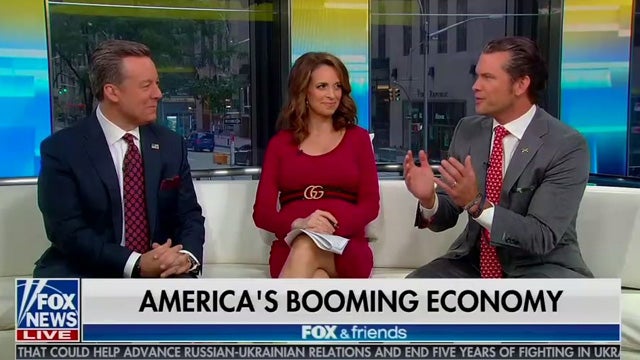 HEGSETH: I agree with her. The one thing I would take issue with is remember, uh, Rush Limbaugh wrote an op-ed for the USA Today when Barack Obama was elected. They asked for submissions from prominent people. They said, “What do you hope from the Obama presidency?” He said, “I hope he fails.” “I hope he fails.” So four words. If the other side is gonna bring socialism to our country? I hope that falls too! But ultimately if people are prospering and jobs are plentiful and wages are going up, we should all be cheering for that.

HEGSETH: Unless you have this dystopian view that everything is evil that’s being done — how the left sees Trump today — and then you’re wishing for his failure.

RUSH: Yeah now this is an important thing. I’m glad Hegseth pointed this out. It was the Wall Street Journal, and they were calling and writing prominent media figures and political figures — and these were heady days. The Wall Street Journal called (impression), “What do you hope for Obama? What do you wish for the Obama presidency? How well do you want it to go? What are you hoping for?” It was a new day. You know, even the homeless were nicer. The people who smell didn’t smell as bad.

I mean, it was classic. Everybody was caught up, “Oh, my God. People elected the first African-American president. We’re so good. We’re such wonderful people. Look at what we’ve done.” So they’re contacting people on this basis, and the op-ed people the Wall Street Journal asked me, “Can we have 400 words on your hopes for the Obama administration?” I said, “I can do it in four: ‘I hope he fails,'” and then I explained that I hope implementation of his agenda failed. I was trying to save the country from the Obama agenda! I didn’t want the country to fail.

But, of course, it was misreported, it was misrepresented, and it was plastered all over cable news that I, El Rushbo, was rooting for America to fail, which anybody that listens to this program knew was a fallacious premise to begin with. But now that the Democrats are out actually wishing for this, is there any criticism of it? Not in the Drive-By Media. Not in the Democrat Party. Oh, they’re being applauded! (clapping)

When they wish for the economy to crap out, when they wish for America to lose wars, when they wish for all of these horrible things like blackballing people for supporting Trump, they are applauded. Except Debra Messing. She and her costar went a little bit far, and they couldn’t avoid the same thing happening to them down the road. So they had to come out and speak out against it.