RUSH: I just got an email. This relates. I didn’t have a chance to print it out ’cause I just now fixed a printer problem. Cookie got a note from somebody who has been made aware of some documents from the Clinton library, and these documents from Clinton library confirm that they were running seminar caller sessions. They were teaching people how to call this program to try to corrupt this program. And, of course, they couldn’t because I recognize seminar callers. 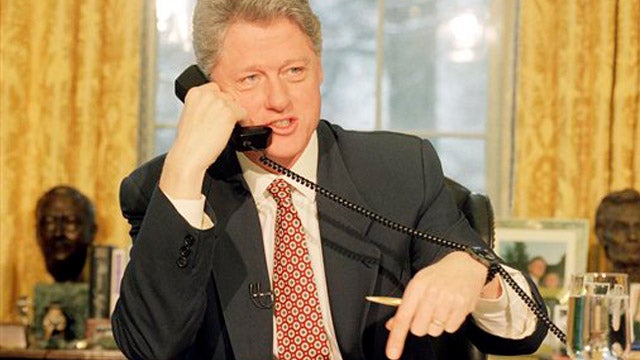 The point is this. Back in ’92, ’93, this show was it, folks. CNN was out there, but they were all on Clinton’s side. There wasn’t Fox News. There wasn’t the blogosphere yet. And Bill Clinton went nuts with one radio show, a three-hour radio show, that’s all the opposition he had, he went nuts about it.

He called KMOX in St. Louis from Air Force One to complain about this program and how there was no Truth Detector after it. There was nobody to set the record straight. Here’s the note. “My name is blah, blah. I’m a reporter for the blah, blah. We’re working on a story regarding a confidential document that we uncovered from the Clinton library detailing White House involvement with the effort to train callers to call into conservative talk shows around the country. I know this is something Rush has always suspected, that he used to be identify these trained callers –” that’s right. They were seminars callers.

Here’s my point. Bill Clinton went crazy — well, that may be a bit of a — Bill Clinton was totally bamboozled by one three-hour radio show. Blaming me for the Oklahoma City bombing, anything he could talk about. One radio show. And then, of course, there became more as Clinton’s term began. 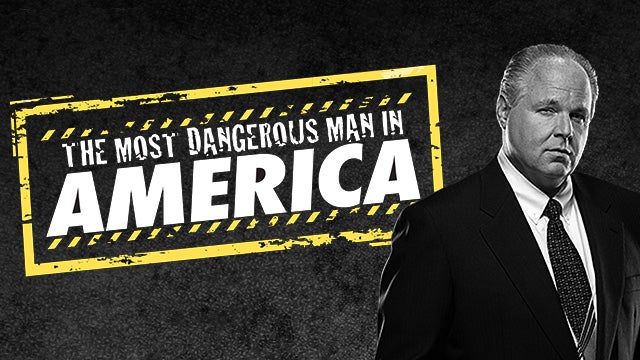 He doesn’t have a three-hour radio show. He doesn’t have a show on Fox, and he can’t because he’s president. He will someday. But the point is Bill Clinton had the entirety of the mainstream media on his side defending him and attacking me and others in conservative media. But one three-hour radio show, were there people telling Bill, “You know, Bill, you need to shut up. Don’t start complaining about Limbaugh on Air Force One going into St. Louis, don’t do this kind of thing.”

Nope. But here’s everybody telling Trump, “You gotta stop responding, Mr. President, stop the tweeting.” Hell’s bells, he does. He’s up against an entire industry! Bill Clinton was up against one radio show for the first two to three years of his administration, first term presidency. One radio show. Then the other talk shows sprang up and the blogosphere and it became a full-fledged effort. But one three-hour radio show ticked off Bill Clinton.

I gotta take a break. But stop and think about that. What Trump is up against there’s not a Democrat walking this earth who understands the obstacles, the opposition, the efforts to destroy that Trump is facing every day.

RUSH: I got the Clinton calling KMOX in St. Louis from Air Force One. In fact, that’s audio sound bite number 32. That’s all the way back in 1994. Can anybody say, “election meddling”? We now have it confirmed from documents in the Clinton Library and Massage Parlor in Little Rock that they were training people to call this program to sabotage it. Seminar callers! You know it. You’ve been listening here a long time. You’ve heard of these seminar callers. I can still spot them. They’re still out there.

When they happen to sneak past Mr. Snerdley and some of our guest screeners, they stand out like a sore thumb. Can anybody say, “election meddling”? They were meddling in the election, trying to sabotage this program. It had a political identity. But again, I just want to stress to you, folks, Bill Clinton was upset by one radio show, a three-hour radio show. There isn’t a Democrat alive who has ever had to endure what Donald Trump has had to endure every day since the 16th of June 2015 when he announced. 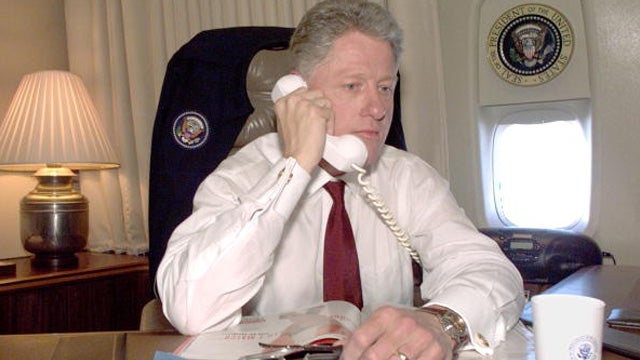 There’s not a single one of them, much less a Republican, who could put up with any of this. Here’s Clinton. He phoned in to Charles Brennan, the Charlie Brennan Show on KMOX St. Louis. He was heading into St. Louis, opening — I don’t know — a new bus route, train route, new train station, some such thing, and he actually called KMOX on the morning show on the way to St. Louis. He was on Air Force One.

CLINTON: After I get off the radio today with you, Rush Limbaugh will have three hours to say whatever he wants —

CLINTON: — and I won’t have any opportunity to respond, and there’s no truth detector. You won’t get on afterwards and say what was true and what wasn’t!

RUSH: It’s a three-hour radio show! So here’s Trump. Trump is in same situation, except he’s not facing one three-hour radio show. He’s got the entirety of the American news industry, the totality of the American news industry — and his response to it is to tweet, to try to set the record, to correct the record. For all of you that are made nervous by it, get over it, because he’s not gonna stop it, and he’s gonna continue to punch down.

I’m sure there are people on his staff telling him, “You know, you need to ignore John Legend. Who really cares?” But he’s not gonna ignore people that are lying about him. He’s gonna push back.