Harris’s campaign released a 31-minute campaign video on Monday that included Harris speaking with black leaders about the U.S. criminal justice system. Near the beginning of the video, Watkins criticized police officers and their role in poor communities. ‘We shouldn’t have to acknowledge their trauma because they’re paid to be there. We live in these places. Police officers have historically not been held accountable because they protect and serve the rich and then they just harass and take up space in poor communities,’ Watkins said. ‘I don’t see any type of big shift happening with the one term because it’s like a cultural thing.’ ‘Right,’ Harris said while nodding her head.”

This woman’s trying to pass herself off as some super-duper law enforcement supporter. She was a tough as nails prosecutor as the attorney general of California, and now she is agreeing with the notion that the cops are just biased, harassing people and taking up space in poor communities. 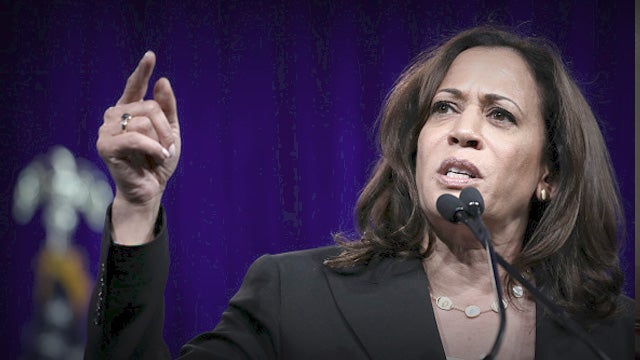 The police are not the bad guys. These people, these politicians, wherever they think they are, nod their heads in agreement if that’s what they think the crowd of the moment happens to believe. How hard would it have been to stand up for the cops? I guess she couldn’t do that. She had a Drive-By Media editor, Salon.com ripping into the cops.