RUSH: Trump’s rally in North Carolina last night was another classic. These things don’t get covered anymore because they’re so positive for Trump. He had as many people outside trying to get in as there were people inside, and Trump was on his game in this rally again last night. He was in there trying to push for the special election in North Carolina. I just have to tell you: This is gonna be a real tough thing for the Republican to win this, because of early voting in North Carolina. 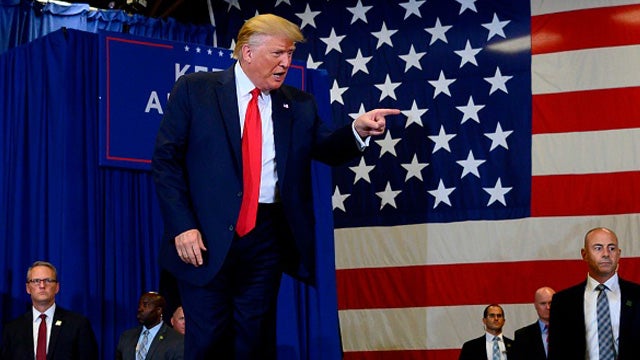 The Democrat has a couple of years of name recognition, already campaigning for this seat. It’s not permanent. Whoever wins this is gonna have to run for reelection again in a presidential turnout year. This will not be anywhere near a presidential turnout. That doesn’t matter. The Drive-Bys are saying that this is a referendum. And how many of their special elections have there been, and they’ve all been cast as a referendum on Donald Trump for 2020. There have been a couple in Georgia, that Pajama Boy candidate they had.

I forget his name. Ossoff? What was his name? (interruption) Jon Ossoff. This guy moved two different times to run in two different districts. Failed. He’s running again! So this guy runs in a special election, and every one of these special elections is called a referendum on Trump. That’s how this one’s being set up as well and all of it, folks, continues to be wishful thinking. All of it is nothing more than a dream that the Democrats and the Drive-By Media report as reality.