Study: Teens Are Happier If They Don’t Date

They’re going to Georgia or North Carolina, and they’re recreating the same political systems by electing the same destructive people (sigh) that drove them out of New York and New Jersey (and, in some cases, Illinois) in the first place. At any rate… “A new study by the University of Georgia found that teenagers who don’t date are less depressed and fared better or equal to their dating peers.” Fared better? What? “The study found that adolescents in middle and high school who weren’t dating were far from awkward misanthropes, but had good social skills and low depression.” 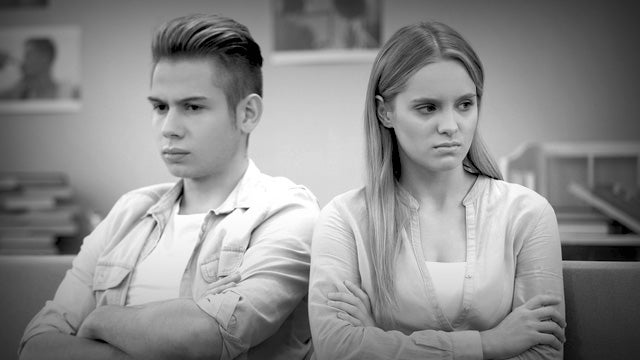 So what are we supposed to take from this? Don’t date, just hook up. Want sex, go do it. Don’t bother dating anybody. Don’t go to the prom, don’t ask anybody out, don’t go pick ’em up, don’t meet the parents. Just hook up. You’ll be less depressed, you’ll be more satisfied, and you’ll end up not being socially awkward. You won’t be rejected. See, in dating, you get rejected. Do you know how many times men are told “no”? (interruption) Yeah. (laughing) Women have no problem saying “no.” They have none.

Snerdley, if the roles were reversed and it was women calling you to ask you out, would you say “yes” to every one of ’em? Would you…? (interruption) You’d say yes to almost everyone of them. Women say no to most of them, with no feeling, with no compunction whatsoever. But men would be overwhelmed with guilt and flattery at the same time. “What? You want to…? Sure! Sure! Absolutely.” It’s the way of the world. No, seriously.

You know what Woody Allen said about success and wealth. It’s no different. You’re just rejected by a higher class of woman. Nothing changes.