RUSH: You know, we had a caller yesterday talking about Trump, the presidency, and one of the aspects of it that is so important, that’s judicial nominations. Something that is not being talked about much in the media ’cause it’s not good for the Democrats. Trump has made a considerable number of judicial appointments of really quality, good people, conservative judges.

Mitch McConnell has — you ever wonder why they hate McConnell? The Turtle. The Democrats have always hated McConnell because he’s the Republican leader in the Senate, but in the last two years the hatred for McConnell has really intensified. You want to know why? Because he’s ramming through the confirmation process of these Trump appointees. Trump is making great progress, great inroads in leveling out the disadvantage the left has in federal judgeships.

And there was a little news story yesterday that didn’t get much coverage. It was another small but sweet victory for Trump. The Ninth Circuit Court of Appeals in California has once again slapped down an Obama-appointed district judge. The guy was also a puppet of the ACLU. Here, in a nutshell, is what this is about. 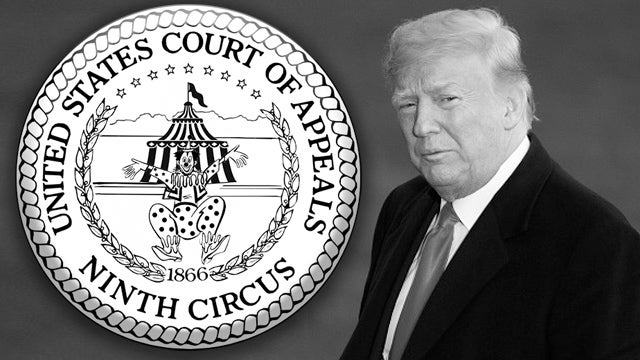 Back in July U.S. District Court judge Jon Tigar, T-i-g-a-r, John Tigar, Obama judge ruled that Trump’s newly announced asylum rules were unconstitutional. Trump wants to change this asylum loophole that allows any illegal to come in and apply for asylum and get protected status, not be deported. He wants to close the loophole, and a judge said, “You can’t do that! That’s unconstitutional.”

He issued a nationwide injunction against Trump’s new rules on asylum. The new rules require that anybody seeking asylum in the U.S. must first apply in the first country they come to. In other words, if you’re coming from El Salvador, Guatemala, whatever, you gotta apply in Mexico. You cannot apply in the U.S. First country you reach if you’re the fleeing whatever. That’s already the law.

So Trump just wanted to add an addendum to it affirming that you cannot apply for asylum in the United States if you’re coming from someplace other than Mexico. And this judge: No, you can’t do that, that’s unconstitutional. And he shut it down nationwide.

He issued another injunction, which he once again claimed was nationwide, which caused the Ninth Circuit to reverse his ruling again! The Ninth Circuit overruled the Obama judge twice! It is big deal that is not getting any coverage whatsoever.

Here’s the headline: “Trump-Shaped 9th Circuit Hands White House Major Win on Asylum Policy.” What is this Trump-shaped? Trump’s appointed a lot of judges to the Ninth Circuit. Republicans in the past had just assumed, okay, that’s the Democrats’ court, that’s the liberals’ court. Whatever they want, they get out there.

Trump is, the hell with this. So when there have become openings, he’s appointed people who are in direct opposition to the standard liberal posture over the Ninth Circuit. In other words, Trump is making a huge difference in the judiciary, major difference, particularly in enclaves like the Ninth Circus.