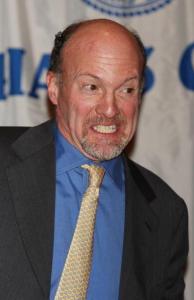 This was yesterday’s edition of Squawk on the Street.  He told the cohosts “that Wall Street executives are quaking in their boots at the prospect of a Warren presidency.”  Now, this cuts both ways.  Okay, Wall Street execs.  A lot of people hate them just because they’re Wall Street execs.  They’re instantly hated. “They’re rich guys. They’re banks. They screw people! They don’t care about people and they’re rich and they got 10 homes and airplanes and everything. So I want ’em to be scared!”  That’s one way to look at it, and there is a (sigh) well, a grain of truth to some of that with some of them.

But there’s another way to look at it.  I saw this headline: “Jim Cramer Says Wall Street Execs Are Panicking About…”  Why?  Wall Street bankrolls the Democrat Party!  What do they think is gonna happen if one of those people gets elected?  You know, I have never understood this.  These Wall Street types, these big-time movie types, whatever they are — people involved with big money — are bankrolling these socialists, bankrolling these liberal communists, whatever you want to call them, while they’re out there promising to go after ’em.

They’re gonna go after the big banks. They’re gonna go after Big Business.  “You didn’t build that! You’re not paying your fair share of taxes.”  I mean, they donated to Obama left and right.  They donate to Democrats left and right.  It’s a big myth that Wall Street bankrolls the Republican Party.  It may have been true at one point, but it’s not true now.  So in a way, to me — if I wanted to look at it this way — it’d be sweet justice.  They get behind people that are big time anti-private sector, anti-capitalist Democrats. 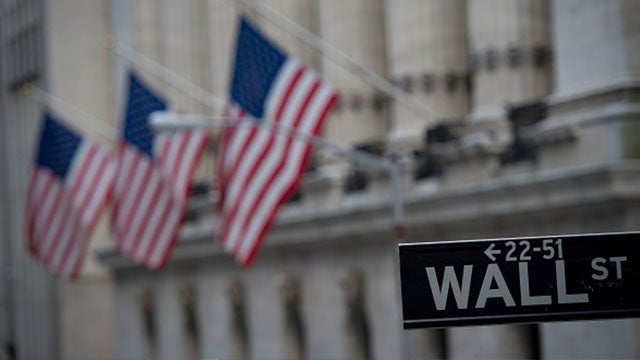 And then when it looks like one of them is gonna win, they privately start expressing fear to Jim Cramer?  Jim Cramer said, “‘I still wonder what it’s like to have no CEO. In the end, I know, Elizabeth Warren don’t listen, I favor CEOs. … [H]ow is it possible this company can’t find a CEO?  I mean, are they worried about Elizabeth Warren attacking?’ … ‘Of course they are, of course they are, of course that person is. Why wouldn’t they be?’ Faber said. ‘If she becomes president, what do you think’s going to happen to the banks?'”

Exactly!  Well, who the hell is it are they doing fundraisers for?  Take your average Saturday in the summertime in the Hamptons, and I’ll guarantee you the money being raised is not for Republicans.  Why are they not afraid of Biden?  Biden is gonna do the same stuff.  He just won’t he know it’s happening.  If Biden gets the nomination or were ever get elected, believe me, he would not know half of what’s going on in his own regime.  He doesn’t know what’s going on now!