RUSH: And once again we’re being overwhelmed with orders for the Stand Up for Betsy Ross T-shirt, and I just want you to know we are shipping them out ASAP. We are busting tail getting these orders fulfilled and getting them out. So trust that yours is on the way.

RUSH: Thanks again, Frank Siller.  We had him on an hour ago from the Tunnel to Towers Foundation, and I neglected… I just assumed that people understood. I’ve since had people say, “I’m glad you had the guy on. I didn’t know what Tunnel to Towers meant,” and it’s a good thing to explain.  His brother, Stephen — Frank’s brother Stephen, youngest brother… He felt like a father to him, he said. The youngest of seven kids, a firefighter New York, was on the way to play golf on 9/11 and heard about this. He was in the Brooklyn-Battery Tunnel and headed back, headed back to the World Trade Center down in the Financial District. 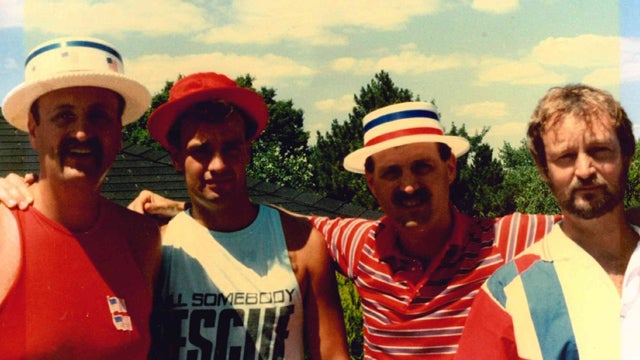 He headed back through the tunnel.  It was blocked off.  Of course, the town was in lockdown, so he was headed through the tunnel back to the towers to help other firefighters rescue those who had been injured, killed in the 9/11 attacks.  That’s why it’s called Tunnel to Towers Foundation, and they raise money to help the surviving families, surviving family members of first responders, like police officers, firefighters, and military people in general.  It’s something we’ve been partnering with them on since we began the Stand Up for Betsy Ross T-shirt thing back on the 9th of July.

So keep the orders coming in, folks.  We’re up to $3 million and counting in charitable donations to Tunnel to Towers.  We’ve added a blue color — a nice, beautiful royal blue to go with the original white version of the T-shirt.  You can see it at RushLimbaugh.com.  By the way, the knockoffs continue.  There are over 250.  I think the number’s higher now. There are 250 fraudulent websites trying to get in on this, and they’re all seeking to defraud you.  They’re not sending any money to Tunnel to Towers.

Whatever they can trick you out of, they’re keeping.  We’re trying to shut ’em down as quickly as we can.  We’ve had great success.  Some of them — unbeknownst to people — are charging $1,500 to people’s credit cards, because they know they’re gonna get shut down.  They’re trying to get rich quick.  It’s real simple.  The only place that you can get the official, legitimate Stand Up for Betsy Ross T-shirt is at RushLimbaugh.com, our store there at the EIB Network’s RushLimbaugh.com website.  Anyplace else is a fraud.

We haven’t licensed anybody.  We’re not selling them anywhere else.  It’s the only way your purchase, the proceeds of which will go to the Tunnel to Towers Foundation.  It’s RushLimbaugh.com and go to the home page when you get there and find the “Store” tab and click on it.  We are working around the clock to fulfilling these orders.  Keep them coming in.  We’ve got one of the best customer service departments. People give us wrong addresses now and then.  They claim that we sent the wrong size, whatever.

We do nothing but deal with customer service ’til everybody’s satisfied. Every order that we can possibly fulfill ASAP we do.  So the word is keep the orders coming because we’re working around the clock filling them.  And it is the unique fabric.  It’s the special fabric. You never felt a T-shirt like this on you.  You’ve never experienced this kind of fabric. Some of the cotton guys are mad at us out there.  Some of the cotton textile manufacturers.  They understand the charitable aspect of it.