Why Does Maude Behar Think of Me When She Thinks of Cigars?

It’s one of the best men’s lifestyle magazines. It’s not just about cigars. It was when it debuted back in the early nineties, it was a cigar magazine, but it’s way beyond that now. It’s men’s lifestyle, and it’s superb. They still rate the greatest cigars in the country, in the world, and all that. 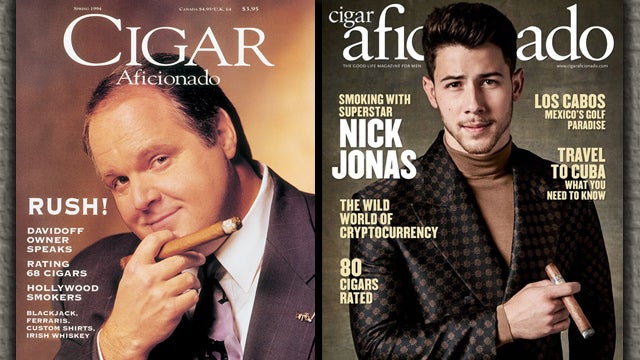 And so I guess Nick Jonas, world-renowned singer of some repute, is apparently on the cover of the latest issue of Cigar Aficionado, and this has upset Maude Behar and the babes over at The View.

BEHAR: Cigars are disgusting to be around.

McCain: No, they’re not.

McCain: No, they’re not.

BEHAR: It’s like everybody who smokes a cigar must smell like Rush Limbaugh (laughter starts) must smell.

BEHAR: They’re disgusting and pollute the air around you. 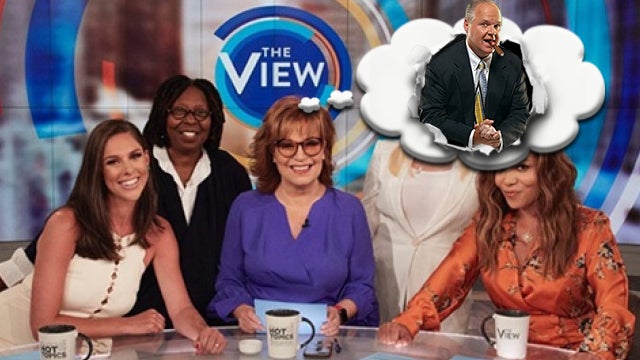 RUSH: (laughing) Good grief. Even when cigars come up I’m on their minds. Let me tell you something, folks. I only smoke the finest, the finest tasting. I can’t tell you the number of people come in here, “Man, does that smell good.” And I’m not talking about people that smoke cigars. I’m talking about women, the chef comes in, custodial crew, doesn’t matter, they come, “Wow, that smells good.”

But when has Maude ever been around me smoking a cigar? (imitating Behar) “It’s like everybody that smokes a cigar must smell like Rush Limbaugh must smell.” (laughing) It was Meghan McCain, by the way, who was defending cigars. That was the voice there said, “No, they’re not.” It was Meghan McCain.

RUSH: I have a quick question before we go to the break. When the subject of cigars comes up and however they smell to you and you’re Maude Behar, why doesn’t the name Bill Clinton first occur to you? Instead of me? I’m never around Maude Behar. I ran into Maude at the screening of an HBO movie Cindy Adams took me purposely to cause chaos, and it did. And I ran up and I gave Maude a hug. 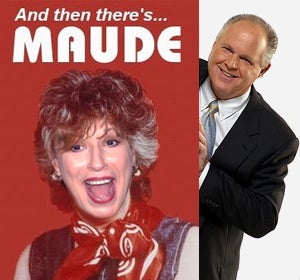 She turned around (doing impression), “What are you doing here? Oh, my God. How did he get –” And she was serious. She thought something had really gone wrong with HBO’s security. “How did you get in here? Get away!”

I said, “My gosh. We used to work down the hall from one another in New York.” But I wasn’t smoking a cigar that night. This is many, many moons ago now, folks. It wasn’t any time recent. Why didn’t she think of Bill Clinton when she hears cigars? Why was it my name popped onto her radar?

RUSH:  No.  I guarantee you that every time I light a cigar, I am not gonna be thinking of Joy Behar. I promise you.  Do not worry about that.  No way, Jose.