RUSH: This story, I was gonna lead with this, but then I decided the Stick-to-the-Issues Crowd would be upset, so I’m gonna move this to later in the program. Have you heard – (laughing) you know, Apple announces the new iPhones on Tuesday. But you know what, folks? In fact, in that announcement, there is a marvelous lesson about capitalism in that Apple announcement and in the new phones. 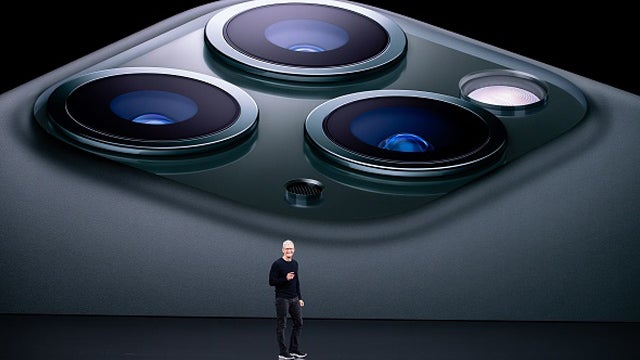 Now, I realize that many of you think that I’m an Apple Fanboy and so when I start talking about it, I have a little bias, which kind of makes you mad because you think Apple is a very leftist, culturally leftist corporation. And you think that I am overlooking that because of my Fanboy status about their products. I assure you that is not true. They are culturally left on a lot of things, but they are one of the most pure capitalist companies going in many ways, not in all, but in many ways.

But what I was going to say, the new phones, the top of the line new phones have three cameras so you can see the three lenses on the back. There’s a super-wide, brand-new super, super-wide lens, a telephoto lens, and then the normal, regular lens. Guess what? Here’s a headline from the Washington Post. I’m telling you, there is an anti-Apple bias in the media that kind of boggles my mind. They are hated. They are hated by tech media, and they are hated, apparently, by the Drive-By Media.

Here’s the rest of the headline: “Scientists” — note, scientists — “Scientists Grapple with Why Tiny Holes Scare Some People.” The three camera lenses are causing people to have panic attacks when they simply see a photo of it.

“As Apple debuted its newest iPhones on Tuesday, a striking new feature took center stage: a three-lens setup that puts a near-professional camera in the hands of anyone who can afford,” a thousand dollars or $1100 to buy one. “Three lenses are a lot better than two,” unless they send you into fear and disgust. 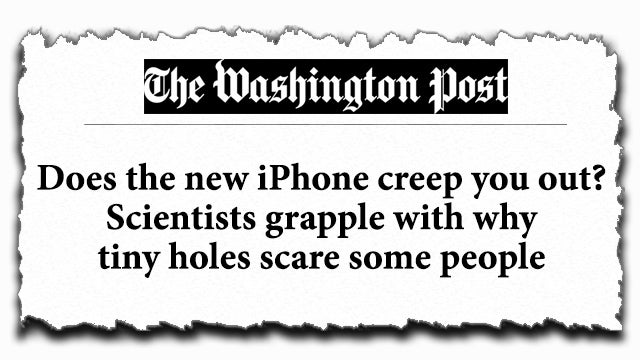 “That is the unexpected reaction –” ready? “– of thousands of Apple fans,” on social media sharing their fears as the images spread. One Twitter user wrote, ” The new iPhone is creeping me … out with the three little cameras.”

Twitter. Here we go. Twitter. Here it is. Classic. Some anonymous goofball on Twitter writes something, and the Washington Post bases a story on it! It boggles my mind how Twitter has become the tool of lazy journalists as a stand-in for mass public opinion! One person writes that the three cameras freak her out. Creep her out. Now we’ve got a whole story on a new phobia.

“The backlash comes from people who say they suffer from an obscure and perplexing condition called ‘trypophobia’ ⁠ — a fear of clusters of small holes like those found in shoe treads, honeycombs –” Did you know that people are creeped out and scared by honeycombs, folks? I never heard of this, but they are. Even lotus seed pods are said to make people frightened.

“University of Essex Professor Geoff Cole, a self-diagnosed trypophobe and researcher in Britain who studies the condition calls it ‘the most common phobia you have never heard of.’” It doesn’t exist. I think this is manufactured and made up, bought and paid for by one of Apple’s competitors and used eagerly and happily by the Drive-By Media.

Life is so easy in America today compared to times in the past, but the stress that we manufacture is real. It still affects you the same way, but we’re having to invent it. People are having to invent these phobias. And I guarantee you the kind of people doing this, who are they? I guaran-damn-tee you they’re not conservatives.

“The phobia isn’t recognized in the Diagnostic and Statistical Manual of Mental Disorders, which psychologists and psychiatrists use to diagnose patients. But self-described sufferers…” Sufferers! You look at an iPhone and you suffer! (Gasp!) Oh, my God! “But self-described sufferers and some researchers claim the images can evoke a strong emotional response and induce itching, goose bumps, and even nausea and vomiting.” There’s mass puking going on on Twitter over the pictures of the new iPhone.

I guarantee you this is bought and paid for by some Apple competitor — and, if it isn’t, if it’s some legitimate liberal with a fear… Who knows! They are so crackpot today; it could well be a legitimate liberal mental disorder. “Trypophobia was only named in 2005 after the word began appearing on Reddit and in other online forums…” Well, bingo! There you go. Once again, social media makes itself known as an absolute cesspool of one mental disorder to another. There was “a post by an Irish woman named Louise who belonged to an online community of self-described ‘weirdos who have an irrational fear of HOLES.'” 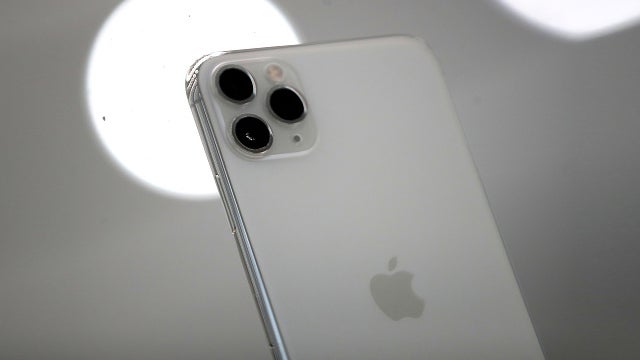 That’s how this all got started. These are not that small, by the way. Compared to other iPhones, these camera cutouts are larger than they have been before. But this is just… You know, another thing. This is the kind of thing 25 years ago, we’d hear about it, and we’d laugh about it. We said, “Nobody’s gonna fall for this,” and now look. We have people who genuinely, legitimately think they have something called trypophobia and they’re puking and get nauseated over a photograph of three cameras on the back of an iPhone — and the Washington Post decides to do a story about it.

It’s a picture. Nobody’s even seen the phone yet. The phones have not been released. (interruption) No, this is not the marketing story or the capitalist example of the story. No. I’ll save that for later. I don’t want to go into Apple overload. But, folks, it’s fascinating, I guarantee you. If you know that it interests me, then you know I have a way of magically making it interesting to you. That’s one of the many highly skilled specialties and talents exhibited here. But you’re gonna want to hear this? It’s a fascinating… I’ll tell you what it is, in a nutshell. It explains…

Well, no. You know what? I don’t even want to tease it yet. It’s about high prices and how (sniveling) “people are so — so — so objecting and mad at high prices, and who do they think they are at Apple?” and this kind of stuff. I want to explain ’cause it’s classic. It’s Capitalism 101 being executed flawlessly, and you can see it in the introduction of these three new iPhones that happened on Tuesday.

RUSH: I predicted something, by the way, to Mr. Snerdley. Thirty minutes before the program began, he brought me the story in his Stack about people being afraid of the camera holes on the new iPhone, trypophobia. I said, “You watch. We’re gonna get somebody that claims to be a legitimate sufferer.” He said, “No ho-ho! (laughing) No,” and we got one, and he was telling me, “You were right,” which should not be a surprise now after over 30 years. But, yes, even the staff still doubts me now and then on some things. It’s just human nature. So we’ve got that caller on hold. He’s coming up. He’s in Atlanta.

RUSH: Jeff in Atlanta. Great to have you, sir. Hi.

RUSH: It’s wonderful to have you here with us, Jeff. Hello.

CALLER: First of all, I’d like to say I’m in no way endorsing anything the Washington Post says or Twitter kooks. But Trypophobia is definitely real. I’ve had it my whole life, and it sucks.

RUSH: Trypophobia, this is the fear of clusters of small holes, and you are a sufferer?

CALLER: I am a sufferer.

RUSH: How does this manifest itself? Can you give me example of a cluster of small holes —

CALLER: Yeah, I can.

RUSH: — that triggers it? 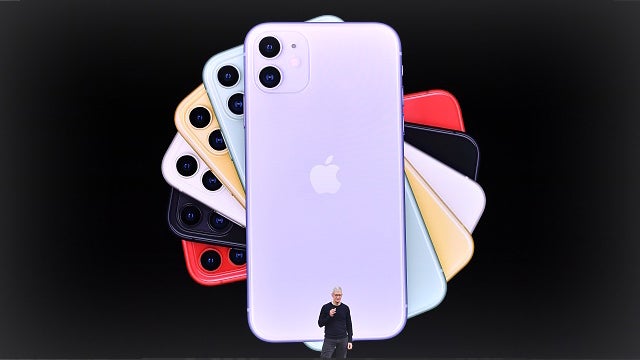 CALLER: There was a commercial for termite control, and the termites were coming out a bunch of little small holes in a tree. And like they do with all commercials, they ran it a billion times, and every time I watched it, I noticed these little holes. And it’s not a fear, it’s more like a revulsion. And it got to be so bad I couldn’t watch the commercial anymore. I had to put my hands over the holes.

RUSH: Was it the holes or was it the termites?

CALLER: No, it was the holes. It’s really weird. I thought was the only person on the earth who had it until I read about it couple years ago.

RUSH: Have you seen pictures of the new iPhone with three cameras on the back?

CALLER: I haven’t. And I’m sure that, you know, Washington Post, they’re doing their agenda. I’m calling you from an iPhone. If I could buy the iPhone 11, I would. So I’m not —

RUSH: Well, then, you’re not totally affected by it because that’s the source of the story in the Washington Post, that people are afraid of the cameras on the iPhone.

CALLER: I think they’re taking a condition and using it to advance their agenda, personally. I haven’t —

RUSH: I think it’s an Apple competitor paying somebody to say they’re suffering from the disease when they see the new iPhone. I think this is a — anyway, look. I don’t have much time. Just need to thank you for — I know it was a brave act to call here and admit to this, and I’m flattered. Thank you.