Biden Wants a State-Run Record Player to Raise Your Kids

RUSH: We’re gonna go to Elizabeth, Colorado. This is Rebecca, and it’s great to have you here. Hi.

CALLER: Thank you for having me on. I wanted to talk about something that Biden said last night — 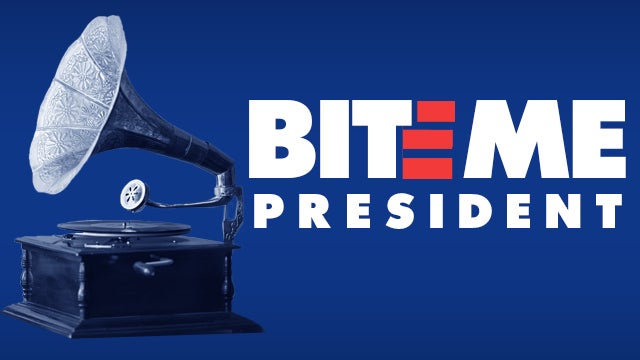 CALLER: — that has me really concerned.

RUSH: Hang on just a second. Grab audio sound bite number 9. This is a great observation on your point, and I’m always dazzled when a caller has the foresight to recognize something I know is important enough to get a sound bite of. So you get a Gold Star here, Rebecca. Hang on. Here’s the sound bite. This is Biden. You tell me if you think he sounds confused in this bite.

BIDEN: We bring social workers into homes of parents to help them deal with how to raise their children. It’s not that they don’t want help. They don’t know quite what to do. Play the radio, make sure the television — excuse me — make sure you have the record player on at night, the phone, make sure the kids hear words.

RUSH: You’re exactly right. This guy — and this is who Democrats are, Rebecca. This is such a great catch —

CALLER: Well, the other point is that he’s talking about having a record player. Okay. So what’s gonna be on that record player? Propaganda?

RUSH: No. Let me tell you what the record player comment is. In context here, this is Joe Biden trying — he’s actually in this bite, with that comment, he’s trying to sound like a good parent himself. Look at what he says. “It’s not that they don’t want to help. They don’t know quite what to do. Play the radio, make sure the television, uh, uh, uh, excuse me make sure you have the record player on.” He thought he goofed up by saying that the TV needed to be on. The TV is what should not be on because kids watch too much TV, from Biden’s era, you watch too much TV, who knows. It’s not a comment about risqué shows.

In Biden’s world, watching too much TV was the equivalent of social media today. You don’t have human contact, you don’t do this, plus there’s a bunch of garbage on it. He caught himself. He was once again betraying his cultural age. To him, having the record player on was a much safer suggestion than having the TV on. That’s all that is. But you’re right, they start putting record players on, whatever, go out and grab the MP3 player, what kind of lyrics are these kids gonna hear. That’s your point, right?

CALLER: I don’t feel like he was confused at all. I feel like this is part of just another thing added on to what they want. It’s to come into our homes.

RUSH: They do. You’re right. And it’s not new. This comment from Biden actually illustrates for how long the Democrats have believed — I mean, the whole point of day care, and some of you may not want to hear this — the whole point, from the very beginning of day care, where the government was involved, was to literally take over the shaping of your child’s personality, intellect, brain, what have you.

The federal government wanted access to your kids, under the guise, you’re so busy, you need some help, things are so hectic today. They want access to your kid. They want to be able to propagandize and indoctrinate. That’s why government sponsored, government-run day care was created in the first place. Go back and look at it. It’s not a Republican idea. They may have had some support, but it’s not us.