RUSH: Kathy, are you there?

RUSH: Hi. You’re up. You’re on the air. It’s your big showbiz break.

CALLER: All right. I’ll take it. I am calling as the executive director of an environmental nonprofit. And I have been concerned. I’m a conservative Republican, and I have been concerned about the things that I’ve seen go on under Trump’s watch at the EPA and with a few of these important rules. And I’m afraid that he’s going to lose some of his base if he continues down this path. And he’s done a couple of very destructive things, and one of them just happened yesterday.

And these are very — if they’re explained in the right way — they are common sense, they are reasonable things. They’re not all the way Alt-Left tree hugger issues. And I heard Tucker talk to somebody, Tucker Carlson the other night, bring someone on the show that talked about how conservatives need to step up and be a little bit more vocal and support the environment a little bit more.

I think that they’re so afraid to do it because they’re going to be labeled, or they think that their money is going to support a very liberal cause. When in fact, my organization is very technical, and it uses science and the law to help enforce the Clean Water Act and (crosstalk).

RUSH: Before we get to your organization, you kind of left us hanging here.

RUSH: You said that there was an issue out there that Trump went off the rails on, but you didn’t tell us what it was.

CALLER: Well, there are two, actually. The one that happened yesterday is the Waters of the U.S. rule was rolled back. And if you’ll remember, this happened in the Obama administration, and all of the left came out and said, “We want to expand the jurisdiction of Waters of the United States so we can protect more wetlands,” and then the Farm Bureau came out on the other side and said, “You’re not going to regulate the ditch — you know, the little pond — that forms after a rainfall on my property.” So there were two very extreme opinions of that rule. And it passed, and it was important, and I can go into the three main reasons why wetlands are important. When I talk about the environment, I don’t want your listeners or you to think beautification or climate change or ecological diversity. I want them to think water pollution.

CALLER: Because that’s what’s so important, and that (crosstalk).

RUSH: I know. Everybody thinks Republicans don’t care about dirty water. You’ve got a point there.

CALLER: They do. But like I said, I think there are a lot of them. They’re not vocal enough. I think that’s why Tucker brought it up on his show, and I retweeted the guy’s blog post or whatever, because it’s an important issue and it’s the reason I called you today. Maybe there is a platform for me to speak to conservatives and to appeal to them and say how important this is.

RUSH: Well, what do you want conservatives to do that they’re not doing?

CALLER: Well, I want them to —

RUSH: Aside from donating to your organization.

RUSH: Just what kind of work are you doing here to clean up the water the Republicans don’t care about?

CALLER: Well, there are a lot of exemptions to the Clean Water Act.

RUSH: Right, so that we can keep the water dirty? 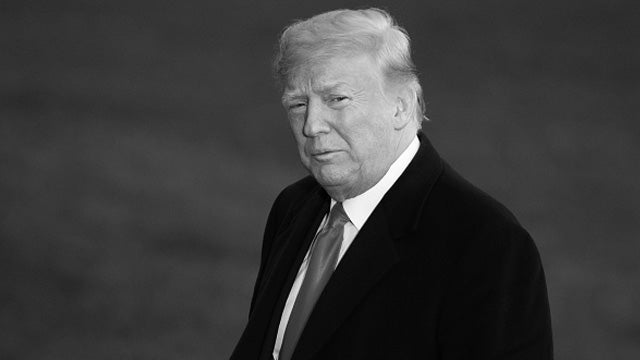 CALLER: Hmm? (pause) No. No. It’s that there were a lot of special interests that were around at the time and were still… Like, for example, all normal — quote, “normal” — agricultural operations are completely exempt from Clean Water Act regulations.

RUSH: So this is where you get into factory farms and things like that.

RUSH: Yeah, I know exactly what you mean.

RUSH: We’re talking about cow dung and all that ending up in the water and nobody caring about it.

CALLER: There are loopholes, yes.

RUSH: — donation levels and that kind of thing. Look, Kathy, hang on. I gotta take a break. I’m a little long. We’ll explore this a little bit further. I don’t want you to be short-changed by my programming format clock. We’ll be back here in just a second.

RUSH: Because we are back with Kathy if Knoxville, Tennessee, the executive director of a nonprofit environmental group. She is a conservative and worried that President Trump may be on the verge of making some mistakes fatal to his reelection effort. What else is he doing on the environment that you think is risky or wrong?

CALLER: Okay. The one that happened yesterday, of course, the Waters of the U.S. rolled back, and that’s done, but something that… Well, Pruitt started postponing some of the deadlines that were incorporated into something called the Coal Ash Disposal Rule, and that amazing rule finally allowed the public to see that these coal ash pits were putting arsenic and all kinds of toxicants into nearby waters, sometimes via groundwater.

RUSH: Thank God the Republicans got caught doing that too. You know, that’s the kind of thing — you’re right — that could be devastating.

CALLER: Yes. Yes. It could. And that’s a big one, and that’s in his sights right now.

RUSH: Arsenic! Can you believe it?

CALLER: I emailed them. I don’t know what else to do, but I’m glad that you’re giving this moment.

RUSH: Well, you can’t sit here and stand by while the Republicans put arsenic in stuff. You just can’t do it, Kathy.

RUSH: I appreciate the call. Thank you. Thank you very much. It’s Kathy from Knoxville, Tennessee. It reminds me, there’s a… I’m sorry, folks. I gotta take a break.