RUSH: Let’s get started on the audio sound bites here, because if I don’t, they’re gonna stack up and I’m probably gonna have to broom some of them, as well as the serious effort to get to your phone calls always here in the first hour. This is Julian Castro. This is the big thing of the night as far as the Drive-Bys are concerned and everybody else. This is Julian Castro, who is the twin son of San Antonio wacko activist Rosie Castro. 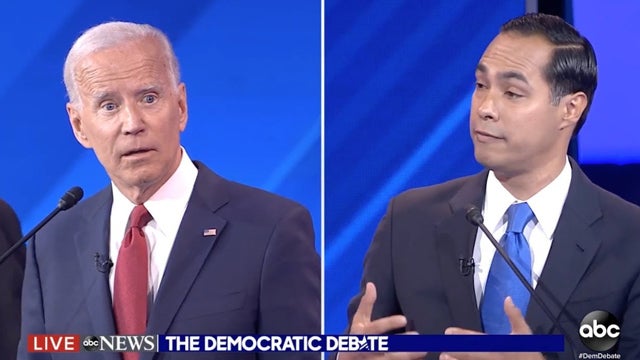 Julian Castro and his brother were born with protest signs in their hands. It’s how they were raised — I mean, radical, radical political operatives — and I’m convinced that Julian is angling to be Fauxcahontas’ vice presidential running mate. She may not know it, or they may have a deal. But she went noticeably easy on Bite Me last night. But Julian Castro — who has no prayer of being the nominee — went after Biden in the most personal of ways, and he basically all but called him a doddering old fool in the middle of dementia.

He said, “You don’t even remember what you said two minutes ago!” It turns out Castro was wrong, by the way. Biden had not contradicted himself, which is what tells me that this was a plan hatched in advance. Somebody had made the decision in the Castro camp to go after Biden on the basis that he’s old and doesn’t know where he is and what he said last week or last minute. So that’s a strategy. That’s a plan. That’s an objective. Julian Castro was very eager to implement this.

CASTRO: I would not require them to opt in. They would automatically be enrolled. My plan would do that; your plan would not.

BIDEN: They do not have to buy in.

BIDEN: They do not have to buy in.

BIDEN: They wouldn’t have to buy in if they can’t afford it.

CASTRO: You just said two minutes ago that they would have to buy in.

BIDEN: Your grandmother would not have to buy in. If she qualifies for Medicaid —

CASTRO: Are you forgetting what you said?

BIDEN: — it’d automatically be in force.

CASTRO: Are you forgetting already what you said just two minutes ago?

CASTRO: I can’t believe that you said two minutes ago that they had to buy in and now you’re saying they —

CASTRO: — don’t have to buy! You’re forgetting that!

(chuckling) I love using gun terms on these people. He pulled the trigger on this a bit too soon. Now, Biden didn’t know what was going on here. It wasn’t ’til later that everybody starts doing the fact checks and they find out that Biden had not misspoken the way Julian Castro said that he did. Now, Castro really offended Biden when he said that he was fulfilling a legacy of Obama. (laughing) Castro…

(laughing) That’s Biden’s whole campaign. Biden’s whole campaign is, “I am the Obama legacy. I am the Obama third term. I’m the vice president of Barack Obama.” These people all love Obama. They do not realize that Obama’s an albatross around whoever wins this nomination’s neck. Castro came in and said, “You’re not the legacy. I am! I’m fulfilling the legacy of Obama.”

RUSH: Biden looked at him just clueless, could not believe anybody was doing this. They’re supposed to have respect for Biden. Everybody’s supposed to love Biden. Biden was loyal. I mean, he was there for whatever was needed. When it came time to defend Obama, he was there. When it came time to nominate Obama at the conventions, he was there. He really was, folks. Nobody was better as a loyal wingman for Barack Obama than Joe Biden, and everybody recognized that. For Castro to come out…

He was the director of housing, HUD, whatever it is, for Obama — Housing and Urban Development — and Plugs was the vice president. So Castro claiming that he’s the legitimate legacy of Obama just floored Biden. Now, a lot of these elderly people in politics, you can see it. They don’t get why these young whippersnappers do not have manners and respect them. Like Alexandria Ocasio-Cortez. She doesn’t respect Pelosi. She thinks Pelosi’s a fool!

Her chief of staff that had to leave was the same thing. He thinks that of Pelosi, Steny Hoyer. These people in the leadership survive on the basis that the young whippersnappers and the new arrivals have this endless amount of respect for the leaders, for the process. And these young Millennials that are coming in, that’s not even part of how they’ve been raised. They haven’t been raised to respect their elders! They have been raised to believe that the elders and the people older than them are screwing everything up. 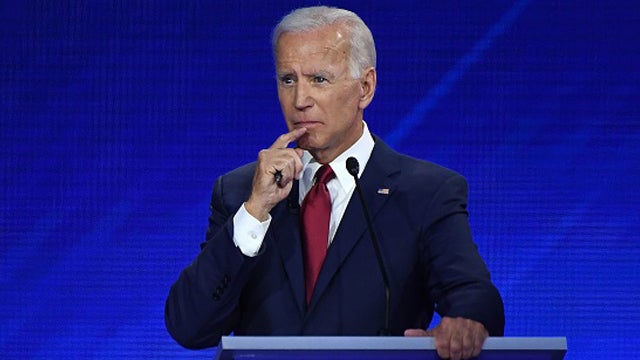 Climate change, destroying the planet, you name it. Julian Castro’s the same way. He doesn’t look at Biden with reverence and respect for what Biden’s accomplished in his life and career. He just sees an old fuddy-duddy, a doddering fool to get out of the way. Well, this didn’t sit well with the Democrats in the media last night. We have a montage here of Democrats in the media slaughtering Julian Castro for pointing out that Biden is old and confused and doesn’t know where he is.

RAHM EMANUEL: That was a disqualifier the way he handled it, and it will come across as mean.

DAVID AXELROD: It was such an overt kind of shot, ageist sort of shot.

JENNIFER GRANHOLM: That was a really bad move.

EUGENE ROBINSON: It just really went over like a lead balloon. That was a bad, bad moment for him.

MO ELLEITHEE: It was a really, really bad night for Julian Castro.

PAUL BEGALA: That was disgraceful. It was way too low.

We’re talking here about the gummers along with Biden. Eugene Robinson. He’s an old fuddy-duddy at the Washington Post. Mo Elleithee, some Democrat Party hierarchy guy, and Paul Begala. And every one of these people looks at what Julian Castro did, “No respect. This is outrageous. It was a horrible night for Julian Castro.”

Julian Castro doesn’t think it was a bad night. He did exactly what he was supposed to do, he did exactly what his charge was, he did it for Elizabeth Warren, he did it for his generation. I guarantee you, folks, there isn’t — I was raised with it, too, respect people older than you. They have more wisdom. They have accomplished more. They are people you can learn from.

That’s not how Millennials of today look at anybody older. They look at people older than them and they see problems. The people are destroying the climate, destroying the planet, making a mess of everything. Cory Booker — who I can’t look at now without laughing, I don’t know why. Eyes bug out, and he starts bobbing around. I don’t take any of these people seriously, which is a problem ’cause at some point we’re gonna have to.

He was on CNN, special postdebate analysis. The Democrat in the media, Erin Burnett was talking to a Democrat participating in the debate, Cory Booker. Question: “We’ve been talking about Secretary Julian Castro when he called Vice President Biden out saying, ‘You don’t remember what you said.’ What did you think of that moment, Senator Booker?” 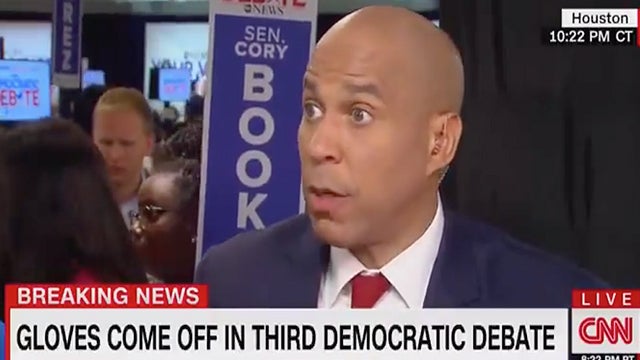 BOOKER: There’s a lot of people who are concerned about Joe Biden’s ability to carry the ball all the way across the end line without fumbling. And I think that Castro has some really legitimate concerns about can he be someone in a long, grueling campaign, that he gets the ball over the line, and he has every right to call that out. There was a lot of moments where a number of us were looking at us on stage when he tends to go on sometimes. At one point he was talking about people in communities like mine listening to record players. There are definitely moments where you listen to Joe Biden and you just wonder.

RUSH: Well! Cory Booker decides to kneecap Biden as well, siding with and joining up with Julian Castro, essentially saying he’s a doddering old fool, he doesn’t know where he is, we don’t know what he’s saying. Did you catch that he says we all look at each other here on the stage when he starts going off, we look and kind of smile at each other, where we gonna end up when this thing’s over?

And then there was a comment about Biden, people in his neighborhood — now I guess Cory Booker interpreted Biden’s record player comment as racist. Talking about people in communities like mine listening to record players? But I just want to remind you, for all of this circular firing squad stuff, when they finally have a nominee, when they get down to it they’re gonna be unified because the thing that will unify them is what always has energized them to this point, and that’s getting rid of Trump.