What Should the NFL Do About Antonio Brown?

RUSH: Portland, Maine, this is Ted. Ted, great to have you with us, sir. Hello.

CALLER: Hey, Rush, thanks so much. Hey, very well quickly, if President Trump changed and kowtowed to the people you described, it would go against everything or every reason why we voted for him in the first place. That’s just a quick thought. On the NFL, this is New England Patriots country up here and we have an issue with Antonio Brown — or the NFL does. Commissioner Goodell decided earlier today not to put him on his exempt list, which would have sat him. He’d have still gotten paid, but they would have sat him until all these investigations are done. What is the right move? What should the NFL do?

RUSH: I think they’ve gotta wait ’til they talk to the woman, the woman who’s leveling the charges against him. She says that she will cooperate. But until — 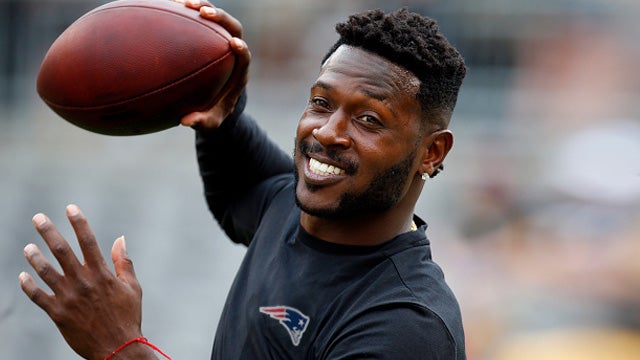 CALLER: He is gonna play this weekend.

CALLER: He is gonna play this weekend.

RUSH: Yeah, yeah. He shouldn’t go on any exempt list until… There hasn’t been an official investigation, charges, and all that kind of thing. You gotta be… Look, this game… Legalized gambling is already here. How long is it gonna be…? If the commissioner would put him on the exempt list today, do you realize how many players you could shelve every week by hiring a prostitute to go out and tell the media, “This guy raped me 10 times, 14 years ago. This guy abused me last season.” “Oh, my God. We can’t have this in our league.” All it would take would be gamblers trying to get rid of star players. So they can’t just put him on the exempt list so he can’t play this week until they’ve got more information.

CALLER: Understood. But at the same time, you’re gonna have the crowd that says, “I can’t believe you let this guy play,” especially if, you know, the lawsuit goes against him.

RUSH: I don’t think anybody in New England’s turning in their season tickets.

CALLER: Well, certainly not here. (laughing) But nationally it’s become a big conversation and kind of a black eye for our team, too.

RUSH: I know. It’s the #MeToo movement and all that, and this guy’s got some strikes against him going in. But when I first saw this, my first reaction was, “Where has this woman been up to now?” I mean, the timing of this to pile on is quite interesting. I’m no fan of the guy. Don’t anybody misunderstand. But I am a big fan of due process, and I have always not liked… There’s a facet of life in our society that just exists — it just is — and it’s never gonna change. When somebody is accused of something, the tendency — especially if law enforcement is doing the accusing.

The odds are, everybody’s gonna believe it, before there’s any evidence and before there’s been a trial. You believe it because you say, “Why would they waste time going after somebody that didn’t do it?” Then someone like this guy who has done a bunch of crazy things and obviously, obviously (sigh) likes to have attention focused on himself, likes to have his way, likes to manipulate things to get his way — outside the rules, outside the standards. He gets rewarded for it every time he does it. He’s gotten a raise!

He’s gotten traded away for a team he didn’t want to play for — twice. Have you noticed that Antonio Brown hasn’t said a word since getting to New England? Today was the first day we heard from Antonio Brown, and he released a little video that he produced on Instagram while he was at Tom Brady’s training center. But we haven’t heard a peep out of this guy. The rule of thumb was, “This guy, he’s not gonna last the week. He can’t stop.” Folks, I don’t think the guy ever wanted to go to Oakland. I think he wanted out of Pittsburgh.

I think he wanted to go to New England in the first place. The Steelers were never gonna trade him to New England. Oakland took him and — this is me speaking as a fan — I don’t think he ever intended to play in Oakland. I think the frozen feet and the helmet thing was designed to create a set of circumstances where nobody in Oakland even wanted him to be there. He didn’t want to be there. He wanted to get out of there. Now he’s in New England. I think he’s gonna be a model citizen for a while. There are any number of possibilities.

Brady doesn’t get enough passes his way. He doesn’t score enough touchdowns. But all these malcontents on other teams that have ended up with the Patriots, the vast majority of them straighten up and stop acting like the spoiled, rotten children they were before they got there. But in this case, you can’t put him out. You can’t suspend him without any due process. Because if the gamblers get word you can do that, they can put anybody on the sideline any week they wanted to.

RUSH: Let me ask you, did I finish, do you think, my answer on the question of Antonio Brown? Did I leave you wanting more? Did I answer the question that this – (interruption) Well, I know he’s gonna play. I was explaining why I think he should. I don’t think he should be on the commissioner’s exempt list this week.

Look. The bottom line, let me just say it one more time. The bottom line is this. Gambling is now legal and it’s gonna become legal in more states. And if gamblers can go out and hire a bunch of people to go to the media and accuse a player of some criminal behavior and all it took was the allegation to get the player suspended, then you’ve got gambling interests setting rosters.

The league commissioner has to be very careful dealing with this kind of stuff going forward, where there’s no evidence, you just got an allegation, you got a deniable, before there’s any genuine evidence that’s been discovered, you can’t start depriving people. “But Rush, he has to for the sake of the PR of the game. We don’t want a bunch of rapists and muggers and purse snatchers playing the game.”

Well, we won’t when they’re convicted of it, or when it looks like they’re going to be. I mean, the league can set whatever rules it wants. But now with gambling being legal, I don’t think those people just gonna sit back without trying to have some kind of impact on the outcome of the game.