RUSH: This clip right now is all the rage. It’s from 2017 in Wilmington, Delaware. It’s Joe Bite Me. This is a ceremony to rename a pool (laughing) — a swimming pool in Brown Burton Winchester Park — the “Joseph R. Biden Jr. Aquatic Center,” and the former vice president… He was not vice president. It was 2017. So Trump’s in office for six months here. So, it’s basically last summer. Here is the first of two bites we have of Biden speaking. 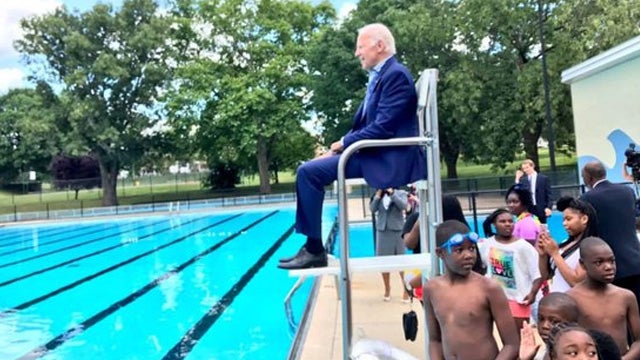 BIDEN: Corn Pop was a bad dude and he ran a bunch of bad boys, and I did… And back in those days — you see, things have changed — one of the things you had to use if you used Pomade in your hair — you had to wearing a bathing cap. And so he was up on the board, wouldn’t listen. And so I said, “Hey, Esther! Off the board or I’ll come up and drag you off.” Well, he came off, and he said, “I’ll meet you outside.” My car was mostly… These were all public housing behind you. My car, there was a gate out here. I parked my car outside the gate, and I… He said, “I’ll be waiting for you.” He was waiting for me with three guys and straight razors. Not a joke!

RUSH: All right. So, Biden, apparently, was challenging some Corn Pop dudes. (impression) “Corn Pop was a bad dude, and had some bad boys running with him. That’s right! He was running with same bad boys.” (interruption) Yeah, yeah, I got that. “They used Pomade in their hair, so you had to wear a bathing cap, and Biden told him to get off of the diving board. If they didn’t get off, he was gonna come up there and drag him off the diving board. He said, ‘You meet me by the car,’ and they met him — and they showed up with three guys and straight razors,” and so how did this end?

BIDEN: There’s a guy named Bill Wright, the only white guy, and he did all the pools. He was the mechanic, and I said, “What am I gonna do?” He said… There used to be a chain that went across the deep end, and he cut off a six-foot length of chain. He fold up, and he said, “You walk out with that chain and you walk to the car and say, ‘You may cut me, Man, but I’m gonna wrap this chain around your head,'” and I walked up to my car! And they had (muttering)… In those days, you used top… Remember the straight razor? You’d bang ’em on the curb, get ’em rusty, put ’em in a rain barrel, gettin’ ’em rusty. I said, “When I tell you to get off the board, you get off the board, and I’ll kick out out again. But I shouldn’t have called you Esther Williams. I apologize for that.” You said, “You apologize to me?” I said, “I apologize for that. Not for throwing you out, but I apologize for what I said.” He said, “Okay, “closed the straight razor, and my heart began to beat again.

RUSH: Okay. So, apparently this surfaced on the internet. Can you explain to me why this has become an internet rage? (laughing) Okay. (laughing) So, no… Snerdley said, “Because no one believes it, is why it’s become an internet rage. Nobody believes it.” So he meets up with some guy named Corn Pop, and he ends up fighting the guy off with a chain-link fence piece, and apologizes. He apologizes for calling Corn Pop “Esther Williams.” That was the big offense. So, he apologized for that; Corn Pop put the straight razor away.

Joe Biden, what was he trying to accomplish here? Tell people how tough he was? He was a bad dude himself? He’s not afraid, not taking a backseat? So, apparently this… Okay. So, that qualifies as… You know, there are more and more calls for him to get out of the race? (interruption) Well… (laughing) “Gosh, why?” He’s leading in the polls! He’s leading in the polls. You know who’s telling him to get out? The people who think that every election is literally won among the 20% independents.

I don’t think that’s what this election’s gonna be. But, you know, everybody in the professional politics business swears by the fact that 40% (this is roughly) of the vote’s gonna go Democrat, 40% Republican, and the big remaining 20% — those wonderful independents — are those open-minded, non-bigoted, haven’t-made-up-their-minds-yet people in the center. And whoever gets the most of them is going to be elected the next president. And that’s SOP, standard operating procedure.

They’re telling Biden to get out because they think Biden’s gonna scare that group of people away because he’s abandoning the center. Biden’s trying to sound like a left-wing radical because that’s what the Democrat has become, and Biden, they say, is not one of those guys. He’s not a left-wing radical. He is what everybody thinks the old-fashioned moderate Democrat was. There aren’t any of those and there haven’t been any moderate Democrats that have mattered in great numbers for years.

The whole of the Democrat Party has gone radical left, and it’s going more radical with the passage of each month. But they think Biden is gonna scare away a lot of people in that 20% for these obvious reasons. So they’re trying to find ways to get him out. That he’s gonna embarrass himself, he’s embarrassing the Democrat Party. Well, there isn’t anybody remaining who can make a claim on that 20%. 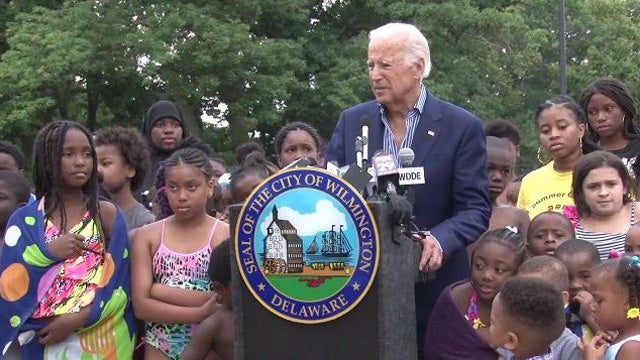 And the conventional wisdom, he’s not gonna survive the campaign anyway. Something’s gonna happen that will be profoundly embarrassing. What’s left, by the way, on that score? I mean, if something was gonna force him out because of it being embarrassing, we’ve been there. We’ve done that. There isn’t much left to happen that could embarrass him. I mean, he’s made every gaffe you can make.

The other day he couldn’t remember the word the “escalator.” He was attacking Trump (Biden impression), “You know, when he was coming down the thing there, you know what I’m talking about, man, Corn Pop with him there and they’re coming down and he’s talking about all the rapists in Mexico, whatever it was. That’s right, the escalator.” He couldn’t remember that. In fact, we’ve got that sound bite. Number 14, here it is yesterday in Miami. Biden was at a campaign event in Little Havana.

BIDEN: Remember when he came down, uh, down the, uh, his gilded escalator at Trump Tower, he announced on the way down one of the reasons he’s running is because of all those Mexican rapists.

RUSH: Right. Couldn’t remember the escalator. Somebody had to supply him the word there from the audience.