RUSH: What do you mean Antonio Brown jabs? You hear me saying “NFL wide receivers” and you think I’m talking about Antonio Brown?

CALLER: Oh, absolutely. I mean, you have 43 reasons why you should have Antonio Brown on your mind right now, but, yeah. (chuckling) 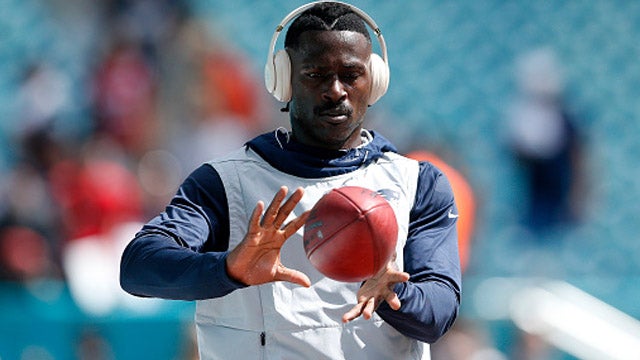 RUSH: You know, if the Patriots go undefeated, it’s fine with me. I’m not invested in it like I used to be. If they go undefeated or if they don’t win another game, it’s no sweat off my back.

CALLER: I just thought it was very clever that we just.. anyone in this country — criminals, gang members, wide receivers. (unintelligible)

CALLER: Given what happened on Sunday, it was clever. That was good, Rush. I liked that one.

RUSH: You’re very sharp, and that’s why I wanted to take the call ’cause I wanted to acknowledge that you pay attention and you heard. Now, there are people out there who want Antonio Brown to suffer deep humiliation because of the way he got himself out of Pittsburgh and got himself out of Oakland. A lot of people think that this guy is so outside the norms, he deserves to get his. And this is classic. Folks, that’s a bottomless pit.

This is what Democrats do. This is how Democrats approach their voters. Democrats go out… How do you think they sell class envy? They sell hatred for successful people. Why do they oppose tax cuts for everybody? The real reason is they don’t want more people having more control over their financial lives. That’s the real reason. What they tell you is that the tax cuts are not really tax cuts. “They’re just tax cuts for the rich, and the rich already have enough, and the rich don’t need any more money!

“The rich don’t share it! The rich are ‘bogers.’ The rich are just mean SOBs. It doesn’t trickle down or any of that.” So what they do, they condition their voters to be happy when they think other people suffer pain. So the Democrats will run around and promise to raise taxes on the rich, and the Democrat voters say, “Yeah! Yeah! You stick it to ’em!” Now, have the Democrat voters’ lives changed? No. Not when Democrats run the show. Democratic voters’ lives — other than the uber-wealthy and the well-to-do — do not change for the better at all under Democrat leadership.

The Democrats’ policies are not designed to improve people’s lives. Democrat Party policies are designed to increase their power and the role of government in everybody’s life. It’s not about expanding your life, expanding your sphere of influence and opportunity. It’s about actually making you more and more dependent on them. It’s about turning you into a victim. So the way they do it is they continually attack the rich as undeserving, as a bunch of cheats, as a bunch of liars, a bunch of conservative Republicans, a bunch of people that don’t care about you.

It’s the rich that are destroying the climate. It’s the rich destroying the planet! It’s the rich who don’t care about dirty water, dirty air, all of that — and then Democrats come along. “And we’re gonna raise their taxes. They’re not paying their fair share” and the Democrat voters go, “Yay, yay, yay!” This is how the Democrats condition their voters to hate others, and then to vote for what they think is gonna be pain inflicted on others. That’s how they do it. That’s what the true class envy agenda is. They really sell class envy and class hatred.

They’re gonna do it and they’re gonna pain them. They’re gonna raise their taxes and they’re gonna increase regulations — and the average Democrat voter goes, “Yeah, man! Yeah! You go stick it to ’em.” So your average Democrat voter has been conditioned to be happy and satisfied when he or she thinks his party is inflicting pain on other people — and that’s a dangerous road to go down. That’s why there are some people hoping that Antonio Brown crashes and burns simply because he got away with abusing authority.

He got away with telling two organizations he didn’t want any part of ’em. He got out of both organizations, the Steelers and the Raiders, by acting in a way that neither of those organizations wanted him. Now that he’s in New England, he’s a model citizen. You don’t hear a word out of him. He’s not even talking to the media. In fact, now he’s got these two charges of rape and sexual abuse against him, and the NFL’s meeting with the women. There are now two of them.

They met with one of them yesterday or were supposed to. Now, after the game between the Patriots and the Miami Dolphins on Sunday, do you know what the Patriots did? Let me tell you how it works for the media after a game. After a certain amount of time, the locker room doors are opened to the media, and every team is required to keep the nameplate and number of the player on his locker so that the media knows where to go to interview people they want to talk to.

The Patriots knew that letting Antonio Brown talk to the media after the game Sunday would not be questions about his performance but rather questions about the lawsuits, the sexual abuse. So the Patriots tore down his name and number from his locker and got him out of there before the media was even allowed in. Now, they’re gonna get fined for this. They’re gonna get fined for sheltering Antonio Brown and making sure the media couldn’t get to him, ’cause it is a requirement. 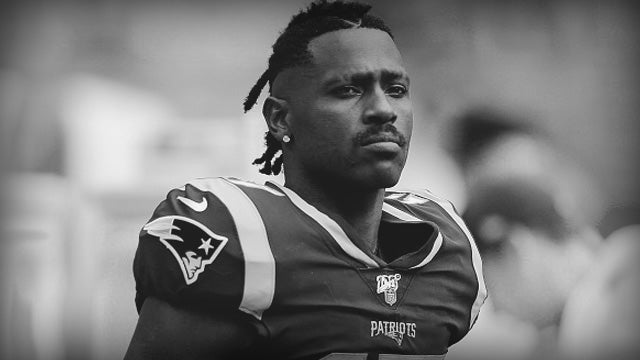 It’s a requirement in the CBA, the Collective Bargaining Agreement between the players and the league. They have to address the media once a week, either after games or in a press conference during the week, if the media wants to talk to them — and, in fact, it may be twice, but certainly after a game. But the Patriots took down the name and the number from the locker so none of the media knew where he was. They got him dressed and out of there. He was probably on the bus before the media was even permitted in.

So there was no chance for him to get questions about the sexual abuse claims ’cause the Patriots don’t want that out there. Now, if Antonio Brown were actually the malcontent that everybody has been led to believe he is, he would have told the Patriots to stick it! He would have stayed in the locker room and he would have welcomed the media in, and he would have answered any question he wants because he’s all about me, me, me, right? Nope. The Patriots got him out of there, the media couldn’t get to him, and he went along with it.

It’s clear to me he wanted no part of Pittsburgh for whatever reason, and he never wanted to go to Oakland, and he engineered his way out of both — and, in one instance, with a raise (from Pittsburgh to Oakland). So now there are people who really hope he gets his, ’cause he got away with it. Well, I am not one of those. But this is exactly how Democrats condition their voters. It’s one of slickest tricks that I’ve ever seen in politics, how Democrats have conditioned their voters to have no expectation of an expanded standard of living; instead, to support the Democrats because they’re gonna inflict pain on others.

But that’s exactly how they’ve done it.