RUSH: I talk all the time about our RushLimbaugh.com store and how we focus on customer service. I think it’s the most fundamental aspect of online business because it is where you have the opportunity for direct contact with customers. We have people that write us in customer service thanking us. And we get some people who have problems. And how you deal with both is crucial. 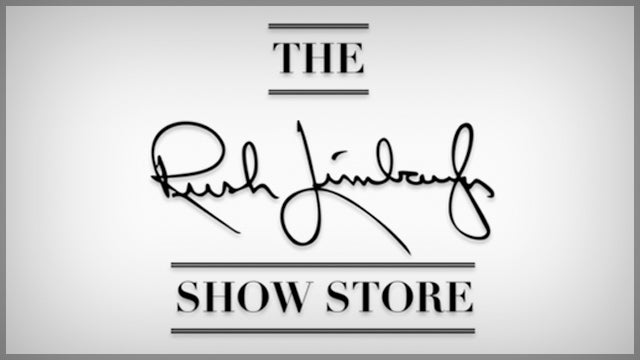 And I had a problem that I ran into. I did some online shopping earlier, I think it was over the weekend, you know, the new iPhones are coming and I need some new cases. And there’s a company out there that makes really thin but very good, clear cases for iPhones. And the new ones start delivering on Friday. The iPhone 11, the iPhone 11 Pro, the Pro Max. And so I wanted to go in and get some of these things.

This website gives you shipping options, and I chose the address that I wanted these things shipped to and I only then found out I chose an address that they don’t ship to or that I don’t receive mail from. We don’t get U.S. Postal Service mail, and I didn’t know this. So I got an order coming that they’re gonna send to an address that’s not gonna get delivered. It’s gonna get sent back to ’em. So I went in and I ordered again and changed the address, because they didn’t specify how they ship it first, so I took a flier.

Then I sent ’em a note and I said, “Look, I’m sorry. You need to cancel the first order ’cause it’s not gonna get delivered.” And they got back to me in, like, two minutes. And they told me, “Go ahead. Don’t worry about anything. If the first order doesn’t make it, it will be returned, and everything’s fine.” I said, “But there’s a chance we’re gonna be able to find it. You need to charge me for it.” “Don’t worry about it! We’ll handle everything on this end.” So I ended up getting both orders, but I had only paid for one.

So I sent them a note yesterday and I said, “Look, I ended up getting both of these things, and you need to charge me for the second one.” They said, “Don’t worry about it.” Now, I think they’re gonna charge me. It was the most pleasant customer service experience I have ever had had with anybody. (chuckles) Well, Mike’s Cigars down in Miami, they are great too, and there’s some others. Spigen was good. This company was Totallee — t-o-t-a-l-l-e-e — and what people like about their cases is they’re not branded.

You put the case on the phone, and it doesn’t say “Totallee” anywhere. It’s virgin. All you see is the phone. The reason people like clear cases is because you don’t hide the “beautiful design,” quote-unquote, of the phone. But I was dealing with two different customer service women, and they were just great. (chuckles) It made me want to buy more. This is the great thing about customer service. These people were instant. They were fast. Even on a weekend when one of them told me, “Our office is closed but we saw your order; we wanted to make sure that it was handled properly.” 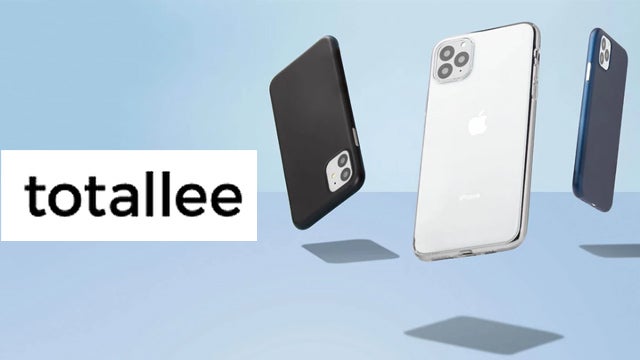 So I ended up getting both of them, and I’ve begged them to charge me for the one that I didn’t think would be delivered. Now, I had occasion to have to deal with customer service for another entity yesterday. It was a disaster, and it’s still unresolved — and I spent six hours. Six hours! You know, if you have iMessage on your phone, some companies have turned on what’s called Business Chat where instead of calling… I can’t call people ’cause I can’t hear them well enough on the phone.

So Business Chat on iMessage is a way to talk to customer service. Six hours! It wasn’t steady ’cause it’s message. I wasn’t holding the phone to my ear. Six hours. “I’m sorry, sir. We have no information for you. Your account is under review.” “Well, what is under review about it?” “Well, I’m sorry, I’m not at liberty to say.” I say, “I think I know what’s going on…” “Sir, I’m sorry. We can’t take any input from you. You’re under review. You’ll get a notification if and when — if and when — it’s decided that we’re gonna reactivate your…”

What the hell is this? And then I got an email today from that outfit asking me to rate my experience with ’em. I unloaded — and I never do this. I always praise everyone. You get these online surveys. I take them, and most of the time my feedback is just positive and through the roof. This one I just unloaded. I said, “Six hours, no resolution.” “Was your experience with our online specialist productive?” “Well, it was productive. The guy wasn’t…” I don’t even know it was a guy. “They weren’t haughty or any of that.

“They just didn’t have any information, and they didn’t have any urgency and so forth, and it’s still unresolved.” (interruption) No, I’m not gonna mention the name of that company. (chuckling) They’re asking, “Who is it? Who…?” Nope. Nope. Nope. I don’t play the game that way. I’ll be happy to praise the people that are great, but I’m not gonna… That would be the cheap way out to call ’em out publicly, ’cause it’s gonna get resolved. And then Snerdley says, “Do they know who you are?” I don’t know if they know who I am or not. I have no clue.

And then again, the thing last night, they might know who I am and might be doing this on purpose because of politics. It’s entirely possible that my account’s purposely screwed up because a bunch of liberals are at this outfit. So, anyway, one other thing about… (interruption) No, Totallee. It’s t-o-t-a-l-l-e-e. Here. It’s what’s on my phone right now. This case has been on since this phone came out last September, and it protects the phone and all that, and they’re just… (interruption)

Well, they don’t use their real names at customer service. You hide the identity. But these people were going as “Margaret” and “Diane.” They were just nice, and this is what we strive for at RushLimbaugh.com. It was good for me to have this experience because it made me want to buy more at this place. It made me to — I don’t know — reward them or acknowledge them, ’cause they went out of their way to make sure that — and it was my bad. I had entered an incorrect address.

But it was because I didn’t know how they ship. If I had known they used the postal service, I would have given an address that we use. So they accommodated my mistake and acted like, “Don’t worry about it. We’ll take care of it.” I’m also mentioning to make sure they charge me for that first order that they said, “Don’t worry about it. It will be returned to us,” and it has been. I ended up getting both.

RUSH: Great to have you with us. I’m honored. You’re a lifer.

CALLER: Yes, I am, and the two greatest radio voices in my lifetime have been you and Paul Harvey.

CALLER: Yes, sir. I’ll get to the point. You spoke earlier at the beginning of the show about customer service. I just wanted to relate to you what I experienced yesterday with your store. I ordered the royal blue Betsy Ross shirt.

CALLER: The very first day it was available, and it was scheduled for delivery last Thursday, and I tracked it, and on Thursday I got a notice that it went to the post office in Quincy, Illinois, instead of Springfield, and then I got a notice in the evening that it had been returned to sender because it was deemed undeliverable. So that evening I typed a message to your customer service and explained that to ’em, and within the next morning, on Friday morning, I had a response. I don’t know if I can mention his first name —

RUSH: Go ahead. Go ahead and mention the first name.

CALLER: At the store.

RUSH: Yeah, Dean’s one of the best.

CALLER: And he responded, “Don’t worry about the –” ’cause in my response to ’em initially, I said it’s going to be returned to your store. I gave ’em a copy of what I got from the post office and said, “When it gets back to you if we can do it again because I know my address is right because I bought other things from your store.”

So, anyway, he says don’t worry about it, we’re sending you out a new shirt right now today, and we’ll take care of it. Then on Saturday in my delivery, my first shirt did show up. They apparently on the return system somewhere determined it needed to come back to Springfield, which it did —

RUSH: That’s because we raised a little hell out there. Dean does a lot. So you ended up getting both orders is the point, right?

CALLER: And so I responded last night, “How do I get this other shirt back to you because I know they’re in big demand and I got my first shirt so I’m happy.” And Dean responded back to me this morning, “Don’t worry about it, we got it covered. Hand it to somebody that could enjoy it.”

RUSH: It’s exactly what we do. If Dean had told you to go ahead and send it back we would have had a conversation with Dean today.

RUSH: (laughing) Dean was supposed to tell you to keep it, that’s exactly right. I tell you, I’m glad to hear this. I really do, having been into this now for — customer service is the greatest link that you have. That’s why I love online. I love having the opportunity to have a relationship with every customer that way, like we did with you.

And the experience I had in my own circumstance with the iPhone cases and that company Totallee, it just reinforced how important it is. When I finished dealing with them, I wanted to go in and keep buying in gratitude to them for being so easy to work with and accommodating. ‘Cause you might say, “Rush, why are you praising people for just doing their jobs?”

It’s a great question. Apparently, because a lot of places don’t just do the job. Sometimes getting hold of customer service is a real pain. So I appreciate that, Bob, and I’m glad you were able to get in and share the story with us. Now, I took the call now so that it wasn’t an hour from now and people are wondering, “What is this about?” ‘Cause an hour from now we’re gonna be into other things.