Biden Says He Will Put 720 Million Women Back in Workforce

RUSH: People keep saying, “Rush, did you hear what Biden said? There’s gotta be audio of it. Did you hear?” Ladies and gentlemen, if somebody said it and if it’s worthy, we have it. You never have to ask if we have it.

BIDEN: It would put 720 million back, million women back in the workforce. It would increase the GDP, to sound like a wonk here, by about eight-tenths of one percent. It would grow the economy. The things these guys are doing is not growing the economy, it’s stifling the economy. 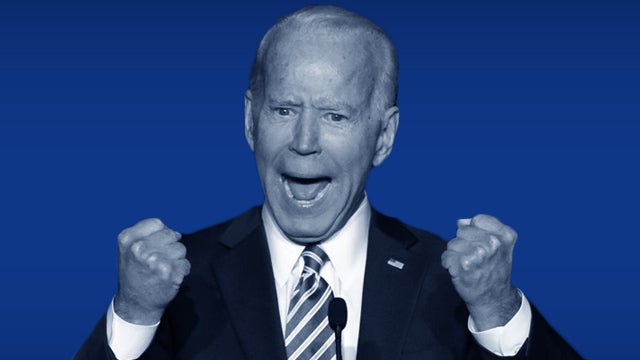 Now, we’re not looking at it that way, but just in terms of supply and demand and who has it to sell to those who want to buy it, it’s us. And so that’s why the price of oil, in a shock and a surprise to countless experts, the attack on the Saudi oil fields has not caused a massive spike in the barrel price of oil.

Here come again the experts warning when this happened, “Oh, my God. Hundred dollars a barrel. Could be the end of the economy. Could cause us to go into recession.” No. Because the United States is unaffected by it. And we are the world’s largest economy. So Biden doesn’t even know what he’s talking about. That’s not the point of this bite. Play it again, Sam, in three, two, one. Listen carefully.

BIDEN: It would put 720 million back, million women back in the workforce.

RUSH: Stop the tape. Vice President Biden just said that his economic plan would put 720 million women back to work. Do you think that’s a good plan? Would you support that? How many women live in the United States of America? What is the total population of the United States of America? Three hundred-some-odd-million. At the outside, let’s be generous and count some abortions that are not gonna happen, 340 million. Well, the Guttmacher Institute says that abortions are plummeting so we can count some additional babies actually succeeding in being born.

Anyway, Joe Biden just said that his economic plan would put 720 million women back to work and that that would cause the GDP to go up by less than one percent. If he could do that, he would be practically doubling the entire population of the country. (interruption) Well, no, no, no, he’s not talking about two jobs each. He’s talking about numbers of women, 720 million back, million women back to the workforce.

What does go through the man’s mind? It may be unfair to ask that because it might be unfair to contemplate the answer. And what are they doing here at the first Philadelphia Council AFL-CIO Workers Presidential Summit when they hear him say this? I mean, they have to applaud it.

And then “Democrat Senators Quietly Hope Biden Wins Over Rivals.” Democrat senators, even with this, they are admitting that their presidential candidates are so collectively insane and nuts that it would still be preferable for Biden, a walking, rolling gaffe machine, to get the nomination. This party is in so much trouble.

RUSH: Matt in Poplar Bluff, Missouri, just right down the road from where I grew up. Great to have you on the program, Matt. Hello.

CALLER: Thank you, Rush, for taking my call. I’m just confused on some of the stuff with Biden. Your past hour, you were talking about how inaccurate he was with his numbers and how even some of the Democrats are kind of standoffish in saying how he is not portraying the presidency. It looks like to me that they are — really in the background — trying to get him up to that point by name recognition only. Get him elected, get him into the White House, and then use him more or less as a puppet to where they could run the White House and get their agenda pushed.

RUSH: I think there’s a lot of truth to this thinking. Make sure I understand. You think the Democrats that are pushing Biden are doing it simply because they know that once he gets there, he’s not gonna know where he is, essentially —

RUSH: — and they’ll be able to take over, essentially run his administration. And they’ll have a much easier time running his administration than, say, Elizabeth Warren’s, who… Whatever. So they basically look at him as simply a placeholder, and they think that he can get elected because he’s the mainstream moderate from all the radicals. Is that pretty much what you think?

CALLER: Yes, and we look at Nancy Pelosi. She’s pretty much losing all control. We see the newer “elects” from Democrat Party. They’re starting to push their ideas —

RUSH: Wait. Pelosi lives…? What did you say? Losing control?

CALLER: She’s losing the control with her new chairholders already, the ones that are in there now — Cortez — to the point that they’re gonna be running her in the same line.

RUSH: Okay. So how does that associate with what you’re saying about Biden?

CALLER: Because of, with Pelosi, she’s losing control. So with that it’s showing that there’s a further underlined —

RUSH: Oh, I see. Okay. Well, some people would disagree with you that she’s losing control. But the evidence for it is that she can’t stop that idiot Nadler from going ahead with his impeachment. Wait ’til you… Folks, the polling data on this has just come out. The Democrats are committing suicide do this!