RUSH: You’re never going to see that reflected in news media. But I’m gonna tell you what I think is happening out there. And I go up and down on this. I think it consistently, but some days I really, really think it. Other days, it’s kind of not as intense. I think that there is, across a vast expanse of this country, I think that there are millions and millions and millions of Americans who are quietly seething, quietly enraged over everything that has gone on here since Trump was inaugurated.

The Mueller investigation, the false, phony claims of collusion that amounted to nothing. The media’s acting like, “Nothing happened. Okay. So we failed.” They’re not even calculating the damage to their ongoing reputations and credibility. But it is blown to smithereens. And they keep building on that. They keep adding to. Here comes this phony baloney Kavanaugh thing where it is learned that an editor spiked the very bit of morsel evidence in the story that would have disqualified the story from running.

This stuff doesn’t happen in a vacuum. People are I think — well, I don’t want to put numbers on it. If Trump won 40 states, I don’t think I’d be surprised. I believe that America is still constituted by a majority of what I call normal people. I think they’re all outraged over this. They’re livid and they’re seething. But the media’s never gonna find ’em and the media’s never gonna report their attitudes. The media’s not looking for that. 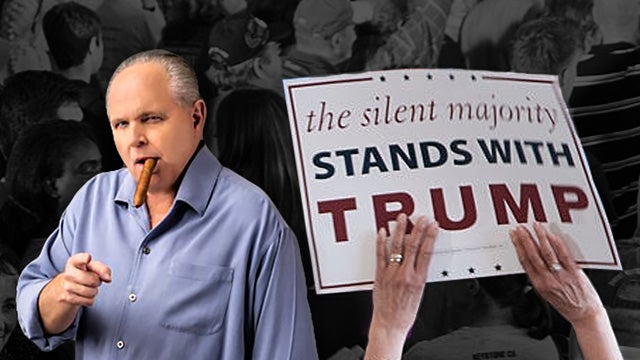 In fact, the media doesn’t even think that exists. The media believes — because the media is just Democrats — the media believes that all of America hates Trump like they do. This is one of the most major miscalculations of a public mind-set that may be happening in the course of my having paid attention to things like this, say, in the last 50 years.