RUSH: I’ve got a Stack of news stories here that have nothing to do with any of this, and I’m hell-bent on getting to them in this hour because some of them really do send the message we’re in fat city economically. If people have this much time to be stupid, then economic challenges are not that great, meaning people really aren’t having to work that hard to get by. You’ll see what I mean when I get to it.

RUSH: So, I mentioned there’s a couple of stories I have today that really kind of illustrate that life in America is really pretty good. If people have time for this kind of stuff to be concerned about, then everything must be okay. I’m gonna share with you a headline that’s in the New York Times. Well, it’s a story in the New York Times. The headline here is from Breitbart, but the story is, “Poop Shame Is Real — and It Disproportionately Affects Women.” 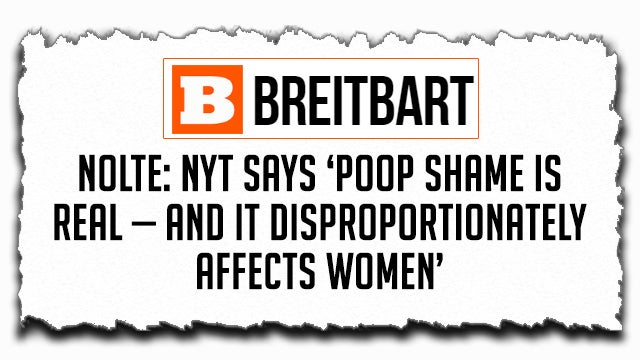 Wait a minute. Why are you laughing? You heard about this? Have you heard of poop shame? You were laughing about it like you knew about it. The New York Times had two reporters file a 1200-word story to explore the horrors of the shame women feel about having to poop at work. It’s a dehumanizing thing. It’s unfair, and it’s mean-spirited. The article opens with these three anecdotes. You ready?

“There once was a woman who walked regularly from her office in Midtown Manhattan to a hotel across the street in order to use the restroom, and that woman may have been one of us.

“That woman had a friend, at another office job, who carried a book of matches and a can of air freshener in her purse — more willing to set off the office fire alarm than leave any hint of odor in a public lavatory.

“That friend had another friend, at another office job, who repeatedly forced her body to do the deed so quickly — racing from cubicle to bathroom and back, in an effort to deflect attention from what she might be doing in there — that it led to a semi-serious hemorrhoid problem.”

This is a New York Times story about women who are afraid to poop in the office because of men, is where the story goes. It’s another example of the New York Times confusing neurotic behavior of women and blaming it on men. The story is actually about women who think that men don’t have this problem and therefore they’re insensitive to it and that women have to trek a long way away from the office to use the bathroom to avoid poop shame. 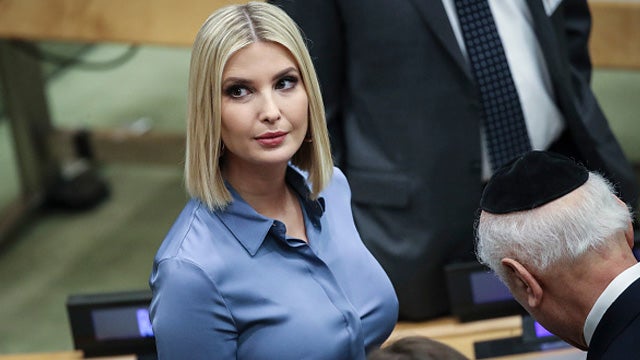 You think I’m making this up? You’re shaking your head in there. Look, I can see the story if it were in the Weekly World News. This is the New York Times! Anything to advance a stupid leftist agenda, for crying out loud.

And then here’s the next story. This is from the U.K. Guardian: “Why Ivanka Trump’s New Haircut Should Make Us Very Afraid.” Why do you think her haircut should make us afraid? She got her hair cut. Her hairstyle is now shorter and the style is now known as a political bob. It’s less feminine. It’s designed to make women look more powerful. So be very afraid because Ivanka’s new hairstyle mean she’s coming for all of us. She wants power. She wants power over all. This means Ivanka’s political ambitions are off the chart.

I am not making up the headline. It’s by Arwa Mahdawi. I don’t know if that’s male, female, or transgender. First name A-r-w-a. I have no idea. Her political bob may be an attempt to get us to take her ambitions more seriously, and that should make us very afraid. I don’t know about you, the last thing a woman’s hairstyle has ever made me is afraid, for anything. I’ve had other questions about some, but never afraid. Good grief. These are people in the journalist — well, as I’ve said, there isn’t journalism anymore for the most part. Just incredible.