RUSH: This is Scott in La Crosse, Wisconsin. Great to have you, sir. Hi.

CALLER: Hello, Rush. I liked what you said earlier about the rally in Houston involving Prime Minister Modi. I think the main way the media are covering it is to say that Trump views the U.S.’s relationship with a foreign power to bolster his campaign. My perspective is different from both.

I think the one thing that China has, as far as the trade war that we can’t really replace other than with illegal immigration, is the workforce component. And we’re kind of telling China, sending them a message that we have a good relationship with India, who has a similar umpteen million people that can be our workforce if things go south with China. So I think that went really well to send them a message that – (crosstalk) 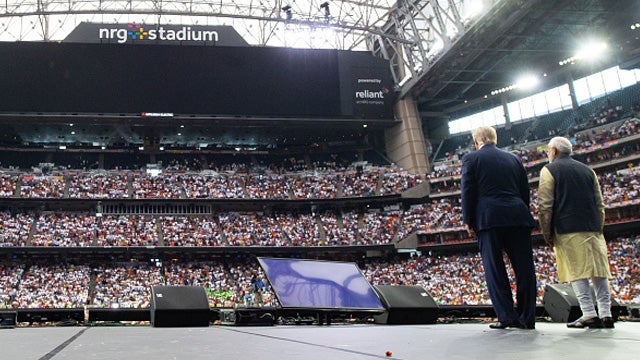 RUSH: You are very shrewd to realize that. And I want to buttress what you’re saying with another — I’m sorry to do this to you, folks, but it’s another Apple story. Now, stick with me. It’s not a plug for Apple. Apple’s manufacturing base is in China. That’s what’s so noteworthy about Apple acknowledging that they’re gonna make their new Mac Pro in Texas. That’s a big ticket item. As I say, I mean, this computer, if you max it out, you could spend $60,000 on it. It is genuinely a pro. It is for Hollywood or for visual video and audio professionals who need all kinds of computational speed and storage. I mean, the cheapest version of this baby is gonna be around $5,000, and even that is not — it’s a big — it’s definitely pro.

Making it in Texas when it was previously announced that it was gonna be made in China. Now, most of Apple’s assembly is China. The parts for all of their products come from all over the world, including America, but the assembly is in China in factories that employ 300 to 500,000 people. Manufacturing things at Apple’s scale is incomprehensible.

You have an iPhone in your hand. Now, imagine in the next 12 months Apple’s gonna sell 200 million of those. That means they’ve gotta have 200 million of everything that’s in one: 200 million camera assemblies, 200 million processors — actually, more than that, because some of them are not going to pass inspection on manufacture. Some are gonna be thrown out. It’s incomprehensible. And to do this every year, to scale up like that is fabulous.

Well, we’ve got the trade war going now with the ChiComs, and Trump is dead serious about winning this because we have to. Well, guess where Apple, guess the next market Apple is mining for manufacturing? It happens to be India. They have the population base that could ramp up, if necessary — not saying it’s going to be. They’re also manufacturing some things in Vietnam now.

Apple — it’s not a massive move out of China. They’re not gonna do anything to threaten the ChiCom government ’cause they still need it. These are just trends. But they are all trends happening because of one presidency. And this is the Trump administration. When Trump talks about the deals that previous leaders have made that were dumb and stupid, these are the things that he’s talking about. Because America keeps getting ripped off and has, and that has been the policy, that was the design.

In the postwar era, America as the price for being the victor and being the lone superpower, we were supposed to take it on the chin to show the rest of the world we didn’t mean ’em any harm, that we weren’t gonna laud our superpower status over ’em. So if the U.N. needed some money from our back pocket, they got it. If NATO needed to be defended totally by us, they were. If we need to take it in the shorts on deals on trade with China, we did it because we were gonna show everybody that we didn’t intend ’em any harm.

What was absent in this whole formulation was the recognition or acknowledgment that America is the good guys. It was exemplified by Madeleine Albright, who when the Soviet Union fell and the Berlin Wall came down, she was panicked. “Oh, my God. Oh, my God. This is destabilizing,” she said. So the world in her perverted view was more unstable when the U.S. had an enemy. That kept us in check, you see. 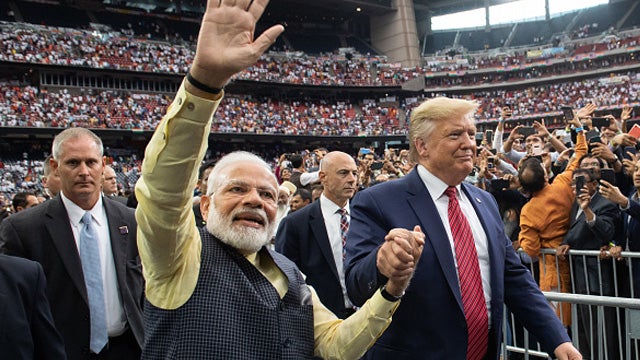 But the idea that we were not the good guy, that we needed a competing power as a second superpower to keep us in check to stabilize the world, that’s the way these people thought. Trump has always thought that was stupid! Why does America need to be in decline? Why does America have to act like we’re in decline? Why can’t we keep growing? We are a force for good in the world. We can spread our way of life. Not impose it. You don’t impose freedom on people.

So all Trump is doing is trying to rearrange this order. And they’re calling it white nationalism. They’re calling it populism. It’s patriotism, if anything. But beyond all that it’s economic sense. We are the engine of the world. Why should we be punished for it? The left does this throughout our culture in high school, let’s say high school soccer when one team is way better than another, what do we do? We penalize the good team. We make ’em start 20 points down or two points down or what have you. Then we go to the point where we don’t even declare a winner because it’s humiliating for the losers.

Well, that kind of thinking, where do you think it started? It started in American foreign policy. When militant Islamists take out the World Trade Center, what do we do? We convene a forum asking what did we do to make them mad? It’s been silly. You want to talk about dumb and stupid, Trump is exactly right. So Trump is trying to rearrange and reorder all of this. And if India wants to become a major manufacturing base and if that is possible — and India’s got strange rules. For example, if you want to sell something in India, whatever it is, there are rules it has to be made there or a large percentage of it has to be made there.

That’s the original reason that Apple opened its manufacturing plant there because they couldn’t sell iPhones in India at a price Indians could afford unless they were manufactured there, and the Indians wouldn’t let the phone into the market anyway, so they’ve started manufacturing certain parts of the iPhone there, assembly. It’s a slow process. It’s evolving. But all of this, our caller’s dead-on right, all of this is putting a little pressure on the ChiComs.

Believe me, I mean, there’s billion people in that country, and that can lead a government to not fret about the loss of one or two or three, big whoop. Have a war, lose a couple million, fine, easier to feed the rest. I’m not exaggerating. But losing hundreds of thousands of jobs, not even the communist ChiComs want that. That’s people that can feed themselves. That’s people that can provide for their families at whatever meager level.

The Chinese government needs to create jobs out the wazoo outside of the cities. Cities are overrun, they’re overcrowded, they need the jobs created where, for example, Apple’s factories are. Apple’s factories are in the boondocks, and cities have been built up around them. That’s what the ChiComs need. They need jobs outside the cities. They don’t want to lose them. The worst thing that could happen for the ChiComs is for all that manufacturing base to leave for Vietnam or to India. This is all the negotiating strength and power Trump has.

So it’s in the midst of all this that he does a rally, that he does a rally on Sunday in Houston at the Howdy, Modi rally. And here’s just a brief little sound bite. Listen to these cheers. This is the guy the Democrats think that they’re gonna impeach?

THE PRESIDENT: Today we honor all of the brave American and Indian military service members who work together to safeguard our freedom. We stand proudly in defense of liberty and we are committed to protecting innocent civilians from the threat of radical Islamic terrorism. (cheers)

RUSH: Now, listen to this (cheers) 28 seconds this goes on. This was at an event called the Shared Dreams, Bright Futures event with the Indian Prime Minister, Narendra Modi. That’s why it was called the Howdy, Modi, Shared Dreams, Bright Futures event. Howdy, Modi. And little by little Trump is picking off little percentages of voting blocs the conventional wisdom says the Democrats own. The Hispanics that showed up in mass for Trump’s new Mexico rally. Then this thing in Houston on Sunday.

There was hardly any coverage of this rally yesterday. But for all of the talk that Trump’s an unsophisticated, undisciplined, doesn’t know what he’s doing, he’s running rings around a lot of these pros. He’s running rings around professionals that were given a hundred million dollars in 2016 and secured three delegates with all that money.