Winning! Apple to Make New Mac Pro in Texas Instead of China

RUSH: Apple just made an announcement that’s big. Apple’s top-of-the-line desktop computer is called the Mac Pro. They let it languish for a long time. They revised it and came out with a new one in 2013. It was originally received as very innovative, but it actually wasn’t because it couldn’t be expanded. So, since 2013 it has not been updated. And it’s their top of the line, most expensive, most powerful desktop computer. 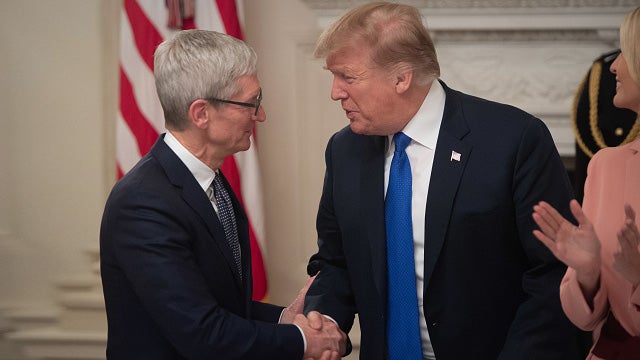 It’s used by movie studios, people that do a lot of production and video editing. It has to be powerful. So they announced two years ago they’re gonna make a new Mac Pro. And this one is gonna be through the roof, and it is. I think the cheapest, the cheapest model is gonna be like eight, $10,000. You’re gonna be able to spend $65,000 on this computer if you outfit it with all — you can expand it out the wazoo. You can put the latest processors in it. You can put so many peripherals on it, but it’s all within it. You can expand it within the case, unlike the current Mac Pro.

Tim Cook apparently has a pretty good relationship with Trump. It started off rocky because Tim Cook is a Silicon Valley — they’re typically liberal. And they look at Trump as an ogre and a buffoon. They see Trump as the ogre in those animated movies where there is a character, green guy, egghead guy, ogre, nice guy, but, anyway, that’s how they see Trump. Anyway, I don’t think that’s the case with Cook anymore, and Apple is gonna make the majority of it, and it’s gonna be assembled in Austin, in Texas.

Now, the current Mac Pro is as well. The model they introduced in 2013. It’s a long time to go without an upgrade of any kind. People were beginning to ask if they were just gonna let it die, if they’d forgotten about it, but they couldn’t and they haven’t. They had this thing made in Texas specifically to avoid tariffs. What a great teachable moment. This is some business that the ChiComs were going to get that they’re now not gonna get.

So, it’s the tariffs working. And Trump has been — people laugh at him. He’s been telling Apple, if you want to avoid these tariffs, make your iPhones in America, make your products in America. He’s telling every business this. And the standard response is, “The supply chain, too complex, too spread out. We can’t make iPhones in America, American labor. We can’t do it at the same price,” which may be true. The Mac Pro, Apple’s gonna announce today or sometime soon that it will be made in Texas.