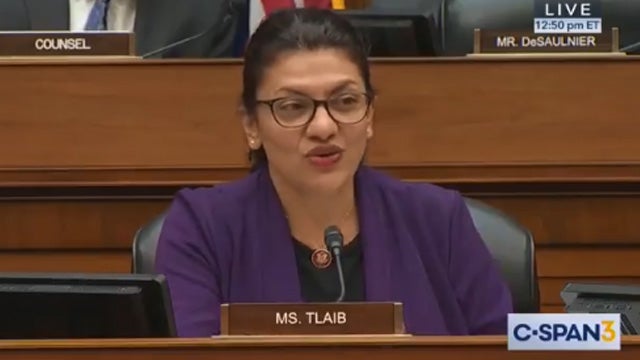 TLAIB: Scientists, people were saying secondhand smoking was worse, was worse than directly smoking cigarettes. And even though health experts and others were coming forward, you had big industry corporate greed misleading information out there to the public what the real impact was on health. And so it’s so important that you all continue —

RUSH: All right. Stop the tape. She is saying scientists say secondhand smoking was worse than directly smoking cigarettes. She’s a congresswoman. She’s on a stupid committee. She’s making policy. She’s legislating. This is all about vaping and e-cigarettes, and they’re trying to wipe those out.