Theories on What’s in Store for Biden

RUSH: Now, here’s what I think’s gonna happen. And feel free to call here and tell me you think I’m all wet. There are two schools of thought on this. I think that this entire mass hysteria is eventually going to destroy Biden. Because he did it! And he’s admitted doing it.

Now, there’s a countervailing theory out there that I must share with you. The countervailing theory is new, and it is a theory tied to how media is different since Trump. If you go back to 2016, remember when the Access Hollywood video came out or when any other so-called Trump scandal came out, all the conventional wisdom was that’s it for Trump, it’s over, Access Hollywood, nobody survives this in politics, he’s toast, except he survived it, and everything else he survived.

The theory is, Mr. Snerdley, that when one candidate in a massive field of candidates, like in a primary, is getting 90% of the media coverage, the other candidates are frozen out and don’t have a prayer. No matter the nature of the coverage, doesn’t matter whether it’s good or bad. 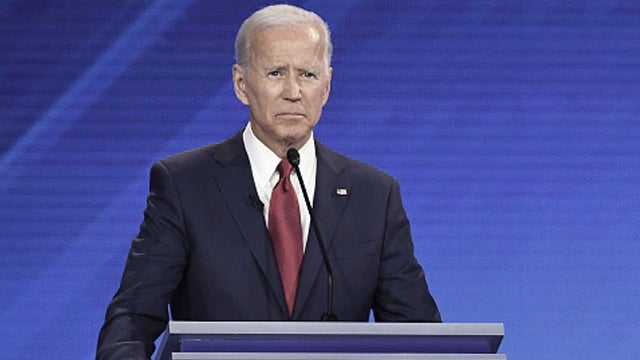 Trump got noticed. And media notice equals stardom. This is the theory. Doesn’t matter what the media says about you, as long as you’re in the media every day, you are a star, you’re an object of curiosity. And if you can’t get media coverage, you don’t exist.

Okay, let’s move forward to Biden. Let’s attach this theory. There’s a part of me that thinks that Biden is eventually gonna be destroyed by this. But the countervailing theory is he already would have been if he was going to be. The fact that he has not dropped precipitously has got some people wondering whether or not he can survive this, that he might be able to, because there’s an analogy.

While all this is going on, does anybody know what Elizabeth Warren’s talking about? Does anybody know what Crazy Bernie’s talking about? They’re trying to break through. Now, Warren’s creeping up in some polls. There are a couple of polls where she has inched ahead of Biden, but in the Real Clear Politics average of polls, it’s still Biden’s, and Warren and these other candidates, they can’t do anything to get noticed.

So the theory is that Biden could survive this simply because of this new media reality that started with Trump. That it doesn’t matter, good or bad, as long as you’re in it, you are perceived to be the biggest. And as long as Biden’s in the media, no matter what it’s about, that he’s going to be seen above the other Democrats. He’s gonna be seen as having more stature. He’s gonna be seen as the most logical choice simply because of the way media affects people.

Now, if this theory is true then we’ve got a big problem ’cause it means the substance of what people say and do becomes secondary or unimportant. In this case, Joe Biden implicated Barack Obama in a message to the government of Ukraine to fire the prosecutor trying to look into his son or else American aid would be withheld.

Now, just that alone, that would end — in the old days, five years ago, that would end a candidate. But today it may not. There’s a lot of vagaries to this theory, and only time will tell. But I think it’s gonna destroy Biden ’cause I think there are other factors. I don’t think Biden can withstand the rigors. I don’t think Biden can take anywhere near the kind of scrutiny that Trump gets and eventually is gonna get it. No matter how protected he is, he’s eventually gonna get it. We’ll find out, we’ll see.

By next week we will know, if there is a precipitous drop in next week’s polls for Biden, then that will say the theory is kind of all wet. It will also be very good for Trump. But people have to continue to bat down these insane allegations like came up against Kavanaugh, like continue to come up against Trump.

Because each of these hysterias that the Democrats launched gets them two weeks of coverage. The Kavanaugh story about 10 days, until it fell out of favor when something else came along and superseded it. The Democrats are gonna try to make this one last a couple of weeks.