RUSH: I have a little bit of news here that I’m relatively sure you haven’t heard because this, I think, this is one of the things that has ’em so discombobulated on the left.

Now, I guarantee you the Washington insiders, the Democrat Party’s internal polling is showing the same thing. I actually think it’s probably bigger than 47-43. But this is what Rasmussen is reporting. I do believe they want to get rid of Biden. I think that’s always been part of this. And this is the reason why. They really don’t think Biden can win, and I discount this theory that they want Biden to win because he’s not gonna really be there, a bunch of people can run in there and take over. No, no, no. This most powerful job in the world. They don’t want to have somebody they really don’t want in there.

When you ask the question, what’s this really all about? Well, it’s about overturning the election results of 2016. Well, if you follow that all the way out, what does it mean? It means Hillary Clinton as president. If you overturn the 2016 results, you don’t just get rid of Trump. You replace Trump with Hillary.

Now, if they were actually able to impeach Trump and get rid of him, it doesn’t mean Hillary would be president. I think the objective here could well be, in her mind… I’m not saying the Democrats have agreed to this, and I’m not saying that the Democrats running for president like Warren and Crazy Bernie have signed onto this. They clearly wouldn’t and haven’t. But she’s lurking out there. She clearly wants this. She thinks that she has been screwed twice out of this job, especially in 2016.

She wants it so bad she can taste it, and I wouldn’t be a bit surprised… I’m not predicting it right now, but I won’t be a bit surprised if she ends up trying to get the Democrat nomination before all of this is said and done. So with this poll, Trump 47, Biden 43 — and I’m sure the Democrats have internal polling data showing the same thing. Now, who are we talking about here? Let’s be honest about who we’re talking about when we talk about the Democrats.

It’s gonna be very slow evolving, and it’s going to be made to look not like the Democrats are doing it. Like Biden, instead, will just all of a sudden be overwhelmed by events to the point that they won’t be able to cover for him or his son anymore. I think the table is already set for this to happen. They will do it. They’ll take him out with their own planted rumors that there’s even more, and there will be all these sudden discoveries that Joe Biden may be (because he is) the most corrupt person in Washington D.C. who is alive today.

We’ve got this poll here from Rasmussen. There will be others, mainstream polling. If I’m right about this, it won’t be long — a week or two, maybe — and we’re gonna see some mainstream polling that shows Biden all of a sudden slipping and losing. Indeed, are we not seeing that in regard to Elizabeth Warren? Are there not a couple of polls now that show Fauxcahontas creeping up on and climbing over the top of Plugs? Wait ’til those polls start to shift and show Plugs losing ground to Trump.

Remember, the people we are talking about can produce any poll they want any time. None of what they are doing is legitimate.

RUSH: What was Joe Biden’s only big draw? Joe Biden’s only big… The big attraction about Joe Biden was that he beats Trump in polls. That was it. Maybe that he was more of a moderate Democrat instead of one of these wacko, left-wing radicals. But it was that was beating Trump in the polls. None of the other Democrats were. Well, when that starts to evaporate, that’s the end of Plugs — and it’s beginning to evaporate. The Rasmussen poll right there. 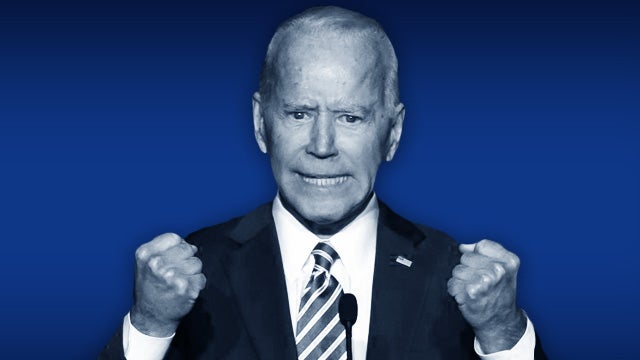 What did she say? “Uhhh, I don’t think so. I’m not sure whether my VP would be allowed to have family business like the Bidens did.” She didn’t say, “He didn’t do anything wrong. I’m not falling for that trap.” She answered the question and essentially said, “No, my vice president will not.” Just a little cut that starts the bleeding from Plugs.