PELLEY: Tonight, 60 Minutes has obtained a letter that indicates the government whistleblower who set off the impeachment inquiry of President Trump is under federal protection because he or she fears for their safety. 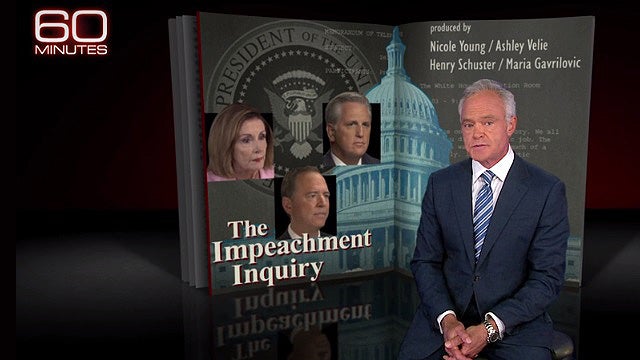 RUSH: (Pelley impression) “Except there is one thing to add to it. The lawyer for the whistleblower who set off the impeachment inquiry of President Trump is not under federal protection and does not fear for their safety. The lawyer reported this after hearing it erroneously stated on CBS’ 60 Minutes. We at CBS’ 60 Minutes are going with the lie. We have not corrected our report no matter what the whistleblower lawyer said. As far as we’re concerned, Trump still wants to kill him and he’s still afraid of being killed, and even though he’s not under protection, we are going to continue reporting that he is. I’m Scott Pelley, CBS News, 60 Minutes.”