The Results of My Own Focus Group Research

So Kasich says nobody in Ohio’s even talking about it. I’ve had a couple calls today from people who say the opposite, that people they know are talking about it and they’re livid about it, and even some Democrats that didn’t like Trump think this is bogus and don’t like it.

Another good friend of mine, the guy I told you had been making speeches. He made another speech late last week. He said the people, a lot of them never voted for Trump. They are all talking about this like they can’t believe the Democrats are doing it. It’s not creating a bunch of support, or so I hear. 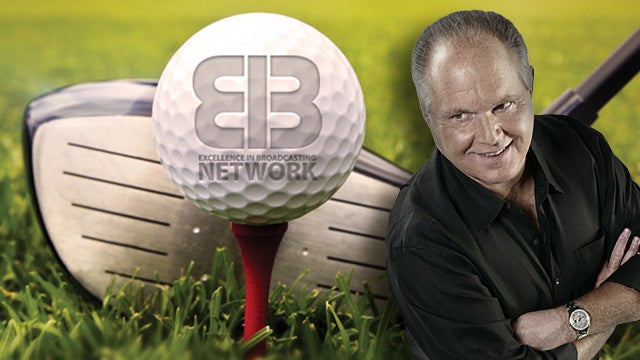 So I ran my own focus group. I played golf Saturday. Now, these are people I know. I’m not venturing out amongst people in the public, so I’m not able to run my focus group that way. But not only this Saturday, but last Saturday — let me just put it this way. My friends have yet to bring this up to me. So, Saturday at lunch after golf I finally had to say something to ’em.

One guy said, “Well, in deference to you, we figure you don’t want to talk about it ’cause it’s all you do.” The other guy said, “Rush, it’s just the latest Democrat trick. We don’t care. Boring.” So I’m processing this. I’m hearing from my friends that they’re talking to people, they’re hearing people livid about it, outraged by it, angry by it.

Then John Kasich says he doesn’t know anybody in Ohio talking about it. And in my limited — this is not a lot of people, but not one person, so I had to bring it up. And consensus opinion was it’s just the latest Democrat attempt. It’s not that they’re not taking it seriously. It just doesn’t have ’em worked up. I mean, not about Trump. They’re not angry at Trump. They’re not worried that Trump’s gonna be sent packing. It’s not affecting them.

They just think it’s another Democrat scheme and that that’s all it is. They don’t think Trump’s done anything worth — none of ’em have lost support for him, it’s nothing like that at all. So no matter where I go, I can’t find any evidence that this is working. Let me share with you a tweet. I’m sure it is with some. I don’t run into a bunch of radical leftists all the time. I’m just telling you that my assessment that this isn’t going the way they thought it was I am more sure of than ever.

And let me tell you something about impeachment. You know, Andy McCarthy wrote a book about this too. And there’s one thing about impeachment, it’s a purely political thing. It’s not about legality. If you do not have public support for it, it is doomed to fail, because it requires public opinion in support of it if it’s to have legs and oxygen. The Democrats haven’t yet created that.

Now, Friday afternoon, Jake Tapper, CNN, Never Trumper, part of the Democrats in the media tweeted this: “Nixon had a much better legal apparatus to defend him, and Bill Clinton did as well, during their impeachments.” Much better legal apparatus than Trump has. Trump does not have good legal help. But Trump “has something that Nixon did not have. He has Fox News. He has an army of trolls. He has websites.”

Now, before you react, “Okay, it’s the usual attack on Fox News and Trump supporters.” The point is, it isn’t working. Tapper’s a little frustrated here. Trump’s lawyers are lousy compared to Nixon’s and Clinton’s, and still Trump’s there! Because Trump’s got something they didn’t have, Fox News and a bunch of trolls. What are the trolls? That’s you, folks, Trump voters, you are trolls. Fox News is illegitimate. And of course he has websites, he has talk radio. Meaning, “Damn it. We’re doing our damnedest here, we’re doing everything we can to get rid of this guy, but we can’t beat Fox News, we can’t beat Trump’s army of trolls.”

Jake, let me tell you what else Trump has, something you’re not considering. Trump has innocence. Trump didn’t do it. Slick Willie did. Slick Willie lied under oath and suborned perjury and lost his law license. Nixon, well, some people still don’t know what he actually did. But as far as the public is concerned, Nixon did it!

The one thing that you’re not factoring, Trump has innocence! Trump is not guilty of the things you’re charging him with! Did you ever stop to consider that in this impeachment inquiry? Did you ever think that maybe for it to succeed Trump will have to have done it?