Cop Calls for Backup After Electric Car Runs Out of Juice

RUSH: Did you hear about the electric police car giving chase to a bad guy and the cop had to call in for help because his battery ran out of juice? He probably couldn’t keep up with the bad guy anyway in his Tesla. He-he-he. It happened in California.

RUSH: We first called your attention to this in the form of a Morning Update. These are morning commentaries recorded by me, both audio and video right after the program each day. They are available at RushLimbaugh.com and on our app, and they air on over 600 of our stations in the morning. 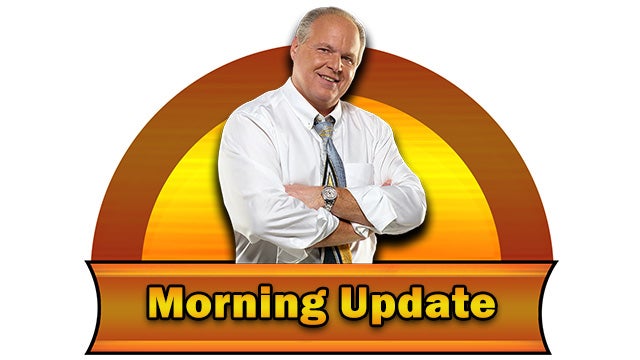 In the updates I usually focus on things that I don’t spend much time on the radio so there’s no duplication, so that there’s something unique about the Morning Update, the morning commentary, we call it the Morning Update, but the commentary. The kind of thing I once got fired from a radio station in Kansas City for doing.

This is back in the days you weren’t supposed to tell people what you thought unless you were a news person, then you could. (interruption) No, I did. This is the station that fired me for using the word “therefore” too much. Yeah, it cluttered the minds. They wanted to get rid of me but they had no cause. I was the best employee they had. So they gave me this impossible list of things to do. Don’t say “therefore,” don’t say anything that could be confusing, and they got to define what that was.

At any rate, now, the commentary that they didn’t like was when I properly exposed Jesse Jackson for what he was during the ’84 Democrat primary against Gary Hart(pence). “You can’t talk about the first black presidential candidate that way.”

“Well, you’re just not supposed to say it.” They had lawyers in, everything, and acted like I was gonna be responsible for them losing the license. The rest of the staff was thrilled, by the way. At any rate, here is the story. Out in Fremont, California, in the Bay Area, the police department there drives Teslas.

Do they have guns? Or do they use batons? You know, the Brits don’t have guns. Brit cops don’t have guns. You didn’t know that, did you? They don’t. Bad guys do. It’s a microcosm for what gun control would be. Bad guys got the guns, the good guys don’t. Equals safety, don’t you know?

Anyway, so they’re driving Teslas, and this is not a hit on Tesla. I couldn’t care less other than if it weren’t for government money there wouldn’t be a Tesla. The Fremont police had a guy out on patrol driving his Tesla, and some bad guy did something and the cop had to give chase. Sometimes cops don’t chase bad guys anymore if it’s called racism or bigotry. Sometimes the bad guys get away with it so that the cops are not called bigots.

Well, this cop gave chase. Something went wrong. The cop car giving chase to the bad guy only had six miles of charge left on the battery. Don’t you hate it when that happens? So the cop in the car with six miles of battery left (he’s running low on electricity, for those of you in Rio Linda.) In the middle of hot pursuit he radioed to headquarters and said somebody forgot to plug this car into the charger over the break and now I’m not gonna be able to catch the bad guy. You need to send somebody else.

The officer was pursuing a bad guy vehicle headed down to the South Bay when the car began to run low on battery power. The officer radioed: “Just slowed down to six miles of battery on the Tesla… If someone else is able, can they maneuver into the number one spot,” here in the high-speed pursuit? Other units took over the pursuit. 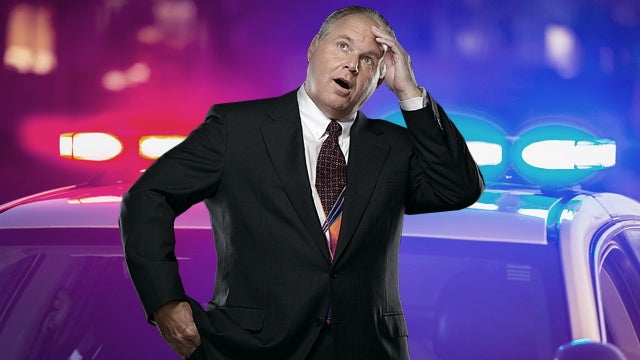 Police said the chase was called off when it became unsafe and the suspect’s vehicle was later found abandoned in San Jose. The bad guy got away with it ’cause the cops had an electric car with no charge left on it. “The Tesla was not fully charged at the beginning of the shift,” a Fremont Police spokesperson said. “This unfortunately happens from the time even in our vehicles that run on gas,” so don’t think this has anything to do with the battery.

Oh, it does, they forget to gas ’em up during the break has nothing to do with the fact that the battery in the cop car only had six miles left on it. The Tesla was a used 2014 model S manufactured in Fremont, began patrolling the streets earlier this year, part of a pilot program to help reduce greenhouse gas emissions.

Isn’t it wonderful? Greenhouse gas emissions are being dealt with. Bad guys know the way to San Jose. Got out of Fremont unscathed. Isn’t it just classic, folks? I’d like to hear that radio call: “Hey, I’m down to six miles left on my charge. I need help.” What’s unstated here, could this electric car even keep up with the bad guy’s gasoline powered car? Maybe so. I don’t know. People rave about Teslas, so don’t misunderstand anything here.