RUSH: First things first. Crazy Bernie in the hospital, heart problems, had to have a couple of stents put in there. It’s angioplasty, it’s a common procedure, but not for candidates for the presidency of the United States. So, when this happened, they suspended Crazy Bernie’s campaign until further notice. And this is what has beguiled the stock market. 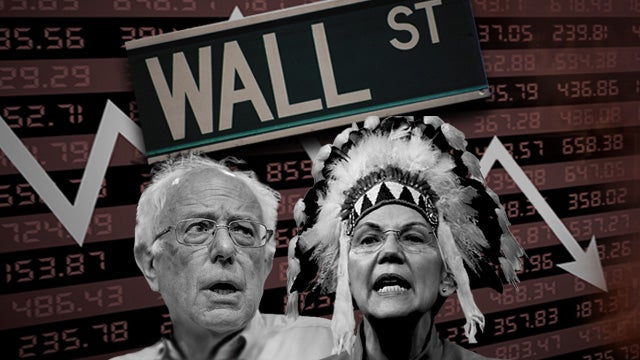 Now, the market was about 500 points down mere moments before the program began. And the Drive-Bys are saying that the market is down because the House is moving forward with impeachment. And it’s not that the markets are in favor of Trump. Oh, no, no, no. Don’t make that mistake, says CNN. No, no. This is because it’s a somber and solemn event and the markets are very aware of the seriousness of this and so are taking it accordingly and blah, blah. And this is allowing CNN to report that the recession has been revived, it’s now right around the corner ’cause the market is down.

And they’ll be back. You know, it’s one of these temporary original reactions or initial reactions that will level out, because it’s now obvious to people that her chances are improved ’cause even if Crazy Bernie goes back on the campaign trail, all anybody’s gonna be looking for is signs of health problems on the stump. I mean, he could be surrounded by 20 people in white medical official lab coats at every appearance. They’re there in case he collapses, not there to show that he is fine and healthy.

Crazy Bernie was fading anyway, and Elizabeth Warren was gaining ground. Has anybody seen Plugs in a week? Plugs has gone silent. He’s doing the Hillary routine. Oh. And she’s back in the mix now. Everybody acknowledges it, that she’s back in the mix for the Democrat nomination. So that is a sideshow over there.

RUSH: By the way, can somebody tell me, Crazy Bernie — bad heart condition — what hospital in Havana is he in? We’d like to send some flowers.

RUSH: And we’re gonna start on the phones in Bradenton, Florida, with Annise. Nice to have you. Hello.

CALLER: Hey, Rush, it’s great to talk to you. I’m a registered nurse, and I’m calling you because I have a great talking point that I think even our weak-willed GOP will want to use. It has to do with Bernie Sanders. He had fabulous health care. I believe he had the best health care you could possibly have in the world. And I might even say he was probably fast tracked today to have this procedure. If we get Medicare for All that many of the Dems want us to have, this kind of health care will not be available to anyone except possibly the Congress and the Senate.

RUSH: Yeah, you mention that. I was wondering what hospital in Havana, maybe Montreal, ’cause Crazy Bernie, he honeymooned in Moscow, he’s taken vacations in Havana. He’s part of the crowd, like Michael Moore, that thinks that the best health care in the world is in Cuba. And so I thought maybe that’s where he would go for his heart procedure. You say that he’s accessing the American health care system?

CALLER: Yep. And it’s good he didn’t get sick in either Cuba or the Soviet Union, because I’m not sure the outcome would have been the same. 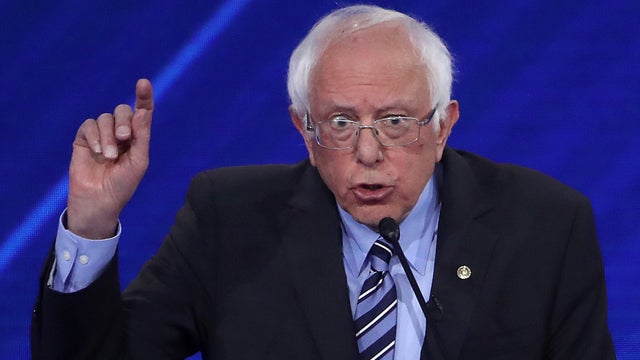 RUSH: Well, obviously that’s — see, I am doing satire. And isn’t it quite obvious that when I say, “Hey, what hospital in Havana is he in? We want to send him some flowers,” is it not obvious that I’m jamming the silly SOB for his stupid claims about the American health care system? Because Annise here is right. Crazy Bernie and all the Democrats are running the American health care system down, and they don’t care about fixing it.

The Democrats have had control of the House since January. They won it in November 2018. They have done nothing. They haven’t done anything on health care. All they’ve done is focus on getting Trump. And they haven’t even done that! That’s all they’ve done! And that’s all their stupid voters want them to do! The Democrats don’t care about people, the Democrats don’t care about the things they claim to be protecting people against.

What have the Democrats done to protect your job and your wages from runaway illegal immigration? What have they done to shore up the border to try to limit the number of people getting into the country illegally, what have they done? Nothing. They haven’t done diddly-squat.

What else do you care about? What other things do you think government has to take action on in order for things to be affordable or available? Because whatever it is in your mind that government should do to help you, the Democrats are not doing it. They are spending all of your tax dollars on pursuing Donald Trump. They are pursuing their own political and personal desires using your tax dollars. They’re not doing a thing. They haven’t even lifted a finger on any of these issues to help people.