The President on Fire in the Oval Office

RUSH: If you want to get in these Trump sound bites now because I promised them, I committed to them, and people have heard and watched any of Trump’s performance moments ago in the Oval Office are really raving about it.

So one of the Democrats in the media in the room says, “How do you respond to concerns that you are putting whistleblower’s life in danger?

THE PRESIDENT: The conversation was perfect. It couldn’t have been nicer. Not a thing wrong. Unless you read the Adam Schiff version where he made up my conversation. He actually made it up. It should be criminal. It should be treasonous. He made it up, every word of it, made up and read to Congress as though I said it — and I’ll tell you what. He should be forced to resign from Congress, Adam Schiff. He’s a lowlife. He should be forced to resign. He took that conversation — which was perfect — and he said, “I can’t read this!” So he made up a conversation, and he reported it and said it to Congress and to the American people, and it was horrible what he said, and that was supposed to be coming from me. But it was all fabricated. He should resign from office in disgrace — and, frankly, they should look at him for treasonous.

RUSH: Why is Trump the only one saying this? For crying out loud, this was my reaction when I saw it. Again, if you missed it, Schiff made up what Trump said. Again, they were hoping Trump wouldn’t release the transcript. What they wanted to be able to do was say Trump was stonewalling. They wanted to say Trump was obstructing justice and conducting a cover-up by refusing to release the transcript.

But he screwed ’em up, he released it, and it was a good call, there was nothing illegal in it, nothing untoward in it, it was a congratulatory call. Trump was asking the guy for some help in the Trump-Russia collusion investigation origins. So Schiff goes to the Intelligence Committee in his committee chairman’s chair and said that Trump asked the guy to dig up dirt, to make up as much dirt as you can and don’t call me back until you have!

He lied throughout. He made it up. It took an hour for somebody to call him on it. And then he said, “Well, it was just parody.” This is sleaze on display! This is sleaze personified! Trump is exactly right about all this. But the question, where are the Republicans who would be righteously indignant about this? And of course we asked that all during Bush’s eight years, where were the Republicans, where’s Bush?

It’s almost like the Republicans think it’s their job to sit around and be assaulted, be abused, be beaten up, stand aside while it happens, let the Democrats decide their fate and then after that’s been decided, to go away quietly. Do we have time for one more in here? We do. Trump later had this to say about Nancy Pelosi and her press conference today. 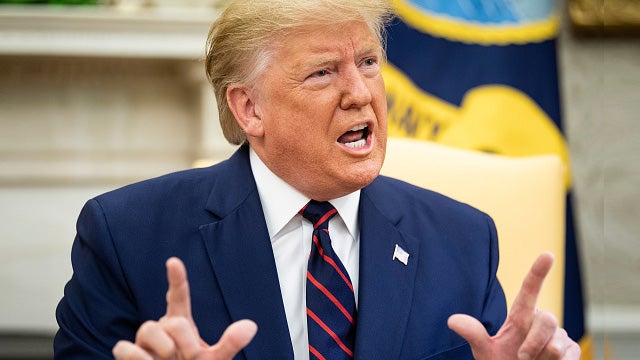 RUSH: Exactly right. My theme since Monday. Democrats aren’t doing diddly-squat. They’re not doing one thing to help people. All they’re interested in is advancing their own political preferences.

RUSH: And back to audio sound bites of President Trump moments ago in the Oval Office meeting with the president of Finland, Sauli Niinisto. Here is Trump speaking about reporters, continuing after talking about Pelosi doing nothing. I mean, they’ve tried to pass some bad stuff. McConnell shut it down. But they haven’t — you know, they’ve shelved everything now and are not doing a thing for the country, for the American people. Anyway, so Trump calls that out, which is good, and then continued with this.

THE PRESIDENT: They’ve been trying to impeach me from the day I got elected. And, you know what? They failed. And this is the easiest one of all, because this one is based on one conversation. What about Obama’s conversation with the president of Russia where he says, “Hey, hey, tell Vlad I’ll — I’ll talk to him after the election’s over. I’ll talk to him.” Nobody reports that. Right? That stuff you should report. But you people should be ashamed of yourself. We have the most dishonesty media that you can imagine. And you should be ashamed of yourselves.

RUSH: This is a recurring theme. Don’t think, by the way, that this doesn’t reach people, “Well, Rush, nobody’s gonna see it. The media’s not gonna replay this. Trump’s never gonna be — if it weren’t for you playing it, nobody would have heard.” It reaches more people than you think.

I still maintain that there are millions of people out there seething over all of this. That’s just plain old common sense. I know all of you are, and there are lots of you out there. Another question from another Democrat in the media in the room. “Was the whistleblower’s report immediately illegitimate?”

THE PRESIDENT: If you remember at the beginning, it was quid pro quo. That’s all you heard about. And I think he said seven or eight times, quid pro quo. In other words, you’re gonna do that or we’re not give you money, you’re gonna do this or we’re not gonna — I never said it. But when I heard these horrible stories come out, I had no choice but to release a conversation. They never thought in a million years that I’d release the conversation.

When little Adam Schiff saw the text, when he read it, he couldn’t believe it. When she saw that, she was — she — I heard she went crazy. She said, “We can’t impeach him with this conversation. That’s a great conversation.” She went by the whistleblower. And the whistleblower was so bad, I wouldn’t even think about it. But here’s what happened. The whistleblower was wrong. The only thing that matters is the transcript of the actual conversation that I had with the president of Ukraine. It was perfect! 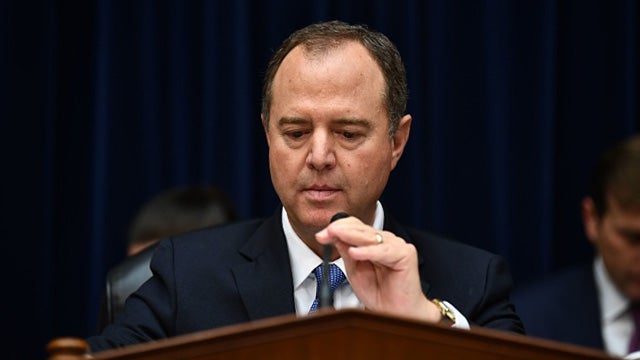 Now, they believed the whistleblower. This whole thing is a scam. The whistleblower is informed, he has secondhand knowledge. He gets together with staff of the House Judiciary Committee who write the complaint — that’s why everybody’s praising the way it’s written like a lawyer — and that whistleblower’s complaint is mentioned, and the inspector general, “Oh, man, this is the most serious thing I’ve ever seen.” The media runs with it, they don’t expect Trump to release the transcript!

This is key to understand. They think they’re gonna get away with mischaracterizing however they wish. Because in their minds Trump will never give up this kind of privacy, will never expose the presidency to this kind of openness. So they were gonna be able to say about this call anything they wanted. And Schiff still is, even though the transcript is out. But Trump pitched ’em a perfect change-up by releasing the transcript.

When they saw the transcript — see, they were prepared, do not doubt me — Trump is right — they wanted to portray Trump as stonewalling, as obstructing. They wanted to be able to say that he had started a cover-up. He blew all that by releasing the transcript. And then the transcript doesn’t have anything in it that is impeachable. I mean, John Kasich has told ’em this, Never Trumper. You can’t impeach a guy for this phone call. There’s no impeachable offense in the Mueller report. By the way, Kasich hasn’t been back on CNN since he said that.

So Trump threw ’em a change-up curveball or what have you. Now they’re having to make it up and having to act like this is so much worse than even they thought, it’s all manufactured. It is the daily Washington soap opera. And Trump is understandably livid about this! I would be. I’m livid about it, it’s not even happening to me. But, see, it actually is, folks. That’s the point. All of this is happening to all of this. It’s how you have to look at it. You can’t say, “Whew, boy. Glad this ain’t about me.” Isn’t it personally, but it’s about everything you believe and the future.