Trump Lights Up The Villages, Pence on Fire in Phoenix

RUSH: I’m telling you: It just irritates the heck out of them when they see Trump laughing and smiling, having a good time, stopping and talking to the press, taunting the press, having fun with ’em. You want to talk about being dispirited? You know we never see them get dispirited. We never have it reported that they get dispirited. But I’m telling you, they do every day. Every day they wake up and Trump is still in the Oval Office. 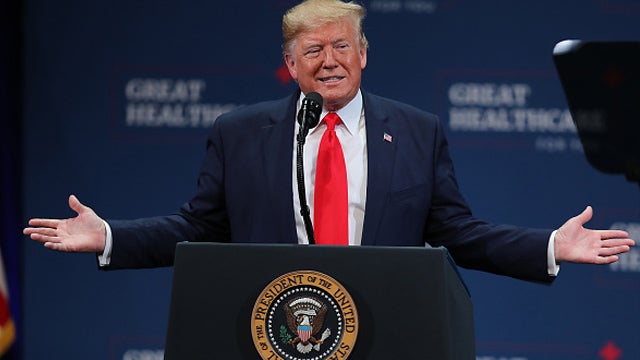 They are depressed. They are dispirited. They are angry. Half of them are feeling like failures every day! After everything they’ve done to get rid of the guy and he’s still there? I guarantee you, they’re miserable. If you’re happy when other people are miserable, then you ought to be happy, because trust me: The Democrats do not know what to do with themselves right now. They are at uncharted territory. They have never failed this long with this many different efforts and techniques to get rid of somebody. So here’s Trump at The Villages up near Orlando. He’s lighting it upside down there. Here, listen…

THE PRESIDENT: Two-point-five million people have been lifted out of poverty. That means more Americans that now have — and that’s what’s it’s all about. They have a great way of life. They have affordable health care options, and millions of seniors are enjoying better, healthier, and more prosperous retirements.

THE PRESIDENT: I should be retiring with you!

THE PRESIDENT: I should be in this audience clapping.

THE PRESIDENT: But I didn’t trust anybody to be standing here because I know what you have.

RUSH: You hear that? 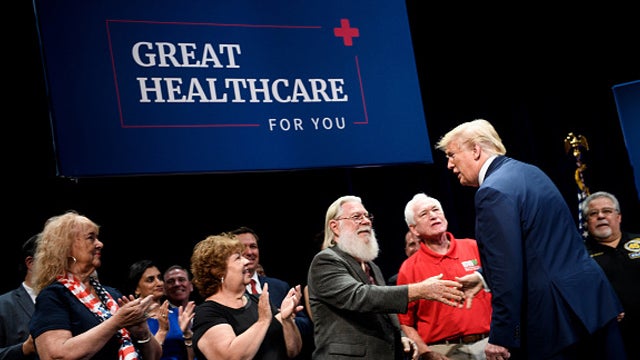 RUSH: He’s lighting it up at The Villages. “I should be retiring with you! I should be in this audience clapping. But I didn’t trust anybody to be standing here,” meaning, “I didn’t trust anybody to do what needs to be done besides me.” That’s when they started going crazy. Now, The Villages, those are people who have been around awhile. They should know a fraud and a phony when they see one. If they were gonna buy the notion that Trump’s what the left says, they wouldn’t have shown up here.

But, I mean, they could barely contain their excitement when he showed up.

RUSH: We got time to squeeze Pence in here. This is this afternoon Phoenix on the campaign trail. 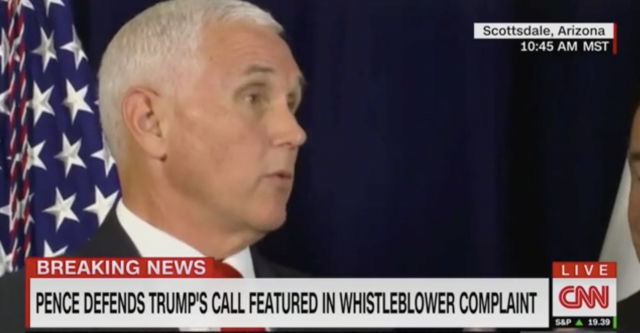 RUSH: Exactly, and the president is duty-bound to follow up corruption by American officials in a foreign country, be it Ukraine or China. Pence on fire there. That’s good.

CALLER: Hi, Rush, love ya. My question is this. Will any of the Democrat primary candidates see an opportunity to use the Ukraine issue against Biden in the upcoming debate?

RUSH: The way they’re gonna do it is they’ll apologize. They’ll say they can’t avoid it, that it’s out there, and it has to be addressed. It’s gonna fall on Elizabeth Warren. You know, if you look at the poll data now, Elizabeth Warren has inched ahead of Plugs by just a little bit in enough polls to make it look like she might be the leader. This will come up. A moderator will ask about it, or somebody like Tulsi Gabbard or Kamala Harris will bring it up. Somebody will.

It will then be up to Elizabeth Warren to start rubbing her hands together and say, “It’s so unfortunate. It’s so sad. But this is what happened when you have a rotgut guy like Trump. We’ve gotta have people above and beyond reproach.” That’s how they’ll do it. They’ll make it look like somebody else is attacking Plugs, that they’re not doing it, but they’ll obviously use it as an excuse to make the case for themselves. It’s actually a good question. It’s already started. They’ve already been hitting Plugs for a while.