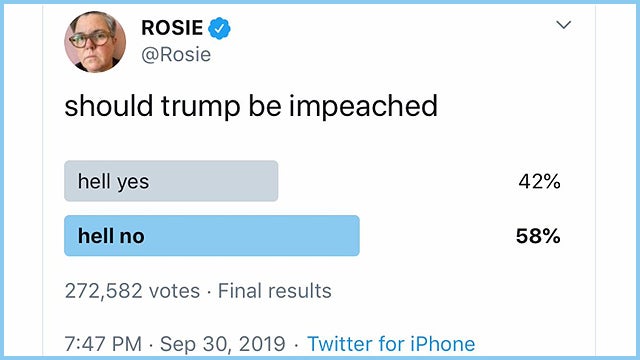 Remember the first debate (chuckling) on Fox News when Megyn Kelly starts jumping into Trump’s chili about how he talks about women and mistreats ’em and he said, “No, no, only Rosie”? Well, we all laughed. The whole place erupted in laughter. So Rosie decided to get in on this impeachment fever business, and she started her own Twitter poll on whether or not you think Trump should be impeached. She had to shut it down. 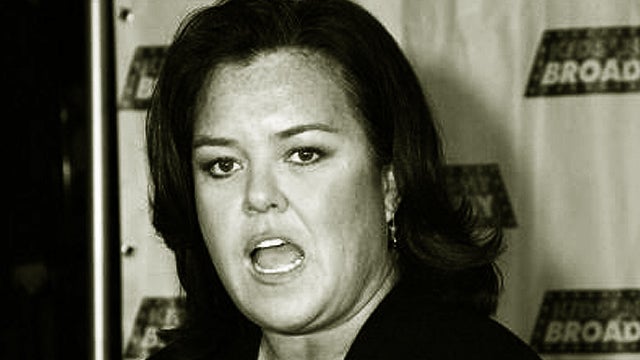 Fifty-eight percent in her own poll said “no” to Trump impeachment. “On Sunday, the woman who famously called the president a ‘[crap] stain with a tinge of orange’ launched a Twitter poll to see how many people favored [getting rid of him] impeachment; as it turned out, not that many. Out of 272, 582 people, only 42% said ‘Hell Yes'” to getting rid of Trump, “while another 58% said ‘Hell No.’ … Rosie deleted her Twitter poll” shortly after.