RUSH: Today we’ve got economic news that’s unprecedented. We have 50-year lows in the unemployment rate. I tell you what, folks: America works when Donald Trump is president. A record 158,269,000 people working, and unemployment at a 50-year low at 3.5%. 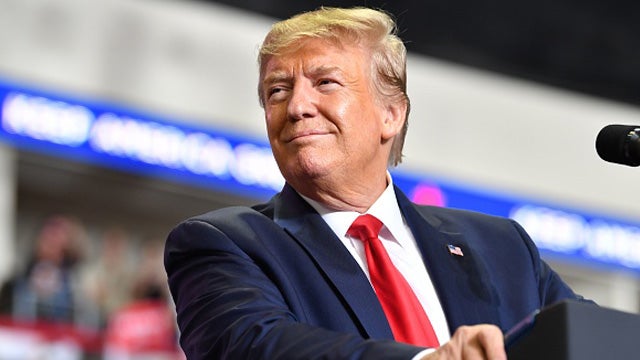 We cannot let the Democrats break the economy again.

We don’t need to relive the misery, folks, of the Obama administration.

RUSH: I want, by the way, repeat some things before we get out of here today because, folks, it wasn’t that long ago that this would have been the news of the day. Not very long ago, this would be the news of the day, and it would have been plastered all over your favorite websites. The jobs report. There is no recession. There were 137,000 jobs that were created, and unemployment fell to 3.5% — a 50-year low. The July job numbers were revised up 70,000. The August job numbers revised up 38,000.

The labor force participation rate was steady at 63.2%. We have record low African-American unemployment, record low Hispanic unemployment. The experts predicted nothing like this. This news is economic news this country hasn’t seen in at least 12 years — and in case of the unemployment percentage for African-Americans and Hispanics, since 1977. These are record low and record high numbers. Not that long ago, this would have been plastered everywhere, and it would have been used to make Americans feel good.

It would have been used to tell people, “You can feel good about your country’s future!” But all of that is being relegated to below-the-fold and even Page 5 status in favor of impeaching Trump. The stock market loved the report. It went up. Trump even tweeted about it. He said, “Breaking news: Unemployment 3.5%, drops to a 50-year low. Wow, America, let’s impeach your president, even though he did nothing wrong.”

That’s Trump’s tweet. The experts were predicting 3.7% unemployment. It’s overall strong growth, solid economy, steady growth. We’re nowhere near a recession. CNN, though, is trying to say we are. CNN’s got an infobabe that said, “Well, you know, it’s so good… These numbers are so good, we can’t deny it. It’s so good that they can’t be sustained. It’s got to lead to a recession at some point.”

That’s how they’re treating this.

“But we can’t report the good news because it’s too good.”