Kasich and Romney Dream of Primary Runs Against Trump

RUSH: Here’s Kasich. He’s worried this impeachment stuff is gonna help Trump. Now, remember we have sound bites earlier today from Michigan. CNN went to Michigan. They wanted to go out and test how their impeach-Trump coverage is working, and it isn’t. They found some people that had voted for Trump and had soured on Trump, but now they have turned back toward Trump because of impeachment.

And they brought Van Jones on (paraphrased), “Oh, no! This is worse. This is bad. This is gonna be a mess. Oh, no!” I’ve told you from the get-go this is not shaking out the way they dream. So moments ago on CNN a different infobabe on CNN, Brianna Keilar, had Kasich on there. Her question: “Most Republicans aren’t saying what you’re saying. I think we wonder if maybe they’re thinking it as they work through some of this, but they’re not saying it. Does not saying that normalize what the president has done and do long-term damage…?” 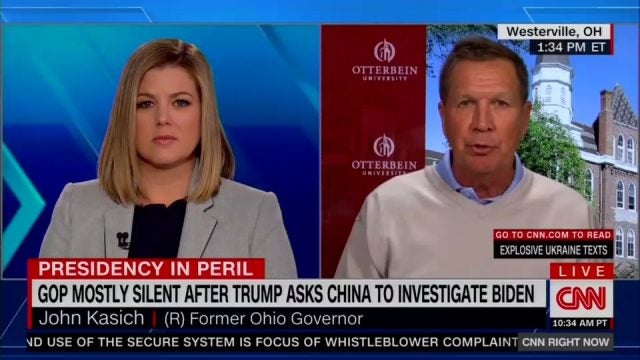 I don’t know what she’s talking about here. My guess is it’s something to do with the whistleblower. Basically what she’s asking is, “Are the Republicans not criticizing Trump helping to normalize what Trump’s doing?” Because remember, in CNN’s world Trump is breaking the law by breathing every day — and when he’s not criticized for breathing, if the Republicans don’t join the criticism, then Trump breathing is gonna be normalized, and she’s asking Kasich if that’s the case.

KASICH: There’s another thing we have to ask ourselves. Say the House passes impeachment resolution; it goes to the Senate and doesn’t go anywhere. Let me ask this question. We all ought to think about this. Should we go forward with these proceedings — is this the most effective way — or do we let the people decide this in an election that’s just around the corner?

RUSH: Now, why would or would not be saying this? Why would he be trying to put the brakes on? Why would he, in his own way, be trying to keep his gig at CNN while telling them they’re making a big mistake? Kasich is walking a tightrope here. He’s basically asking them to come to the conclusion themselves that this is not gonna work. “Is this the most effective way? You guys realize that when this gets to the Senate it’s gonna die, that Trump’s gonna be acquitted?

“What good is impeaching him if he is declared not guilty? Have you guys thought about that?” Yes, they have. That’s why this is not a formal inquiry! This is why this is not impeachment! It isn’t impeachment! They’re just calling it that. Kasich is saying, “You know what? Wouldn’t it be better just to beat the guy? Wouldn’t it be just easier beat the guy in an election? Why are we doing all this?” We’ll see if he gets invited back after this. This is two.

This is two times now that Kasich’s gone against the grain of the CNN narrative.

RUSH: Apparently, folks, the reason why Kasich and some of these other people are now beginning to question impeachment is they want to primary Trump. Paul Sperry with this tweet: “DEVELOPING: Impeachment threat convincing Kasich, other Never-Trump Republicans the president can be ‘primaried.’ Kasich raising cash, visiting NH, while Romney backing Weld, and Kristol recruiting other late challengers.” 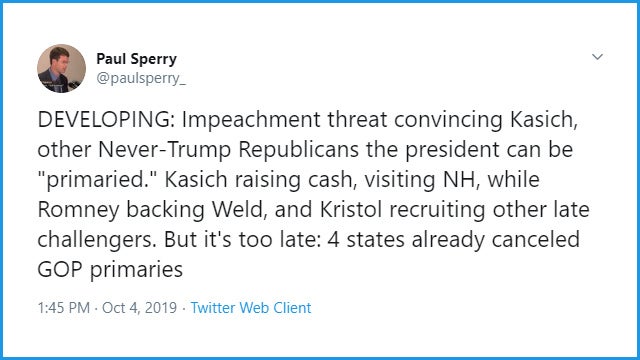 So Bill Kristol, a Never Trumper, is trying to find people to primary Trump. “But it’s too late: 4 states already canceled GOP primaries” to make sure Trump can’t be. 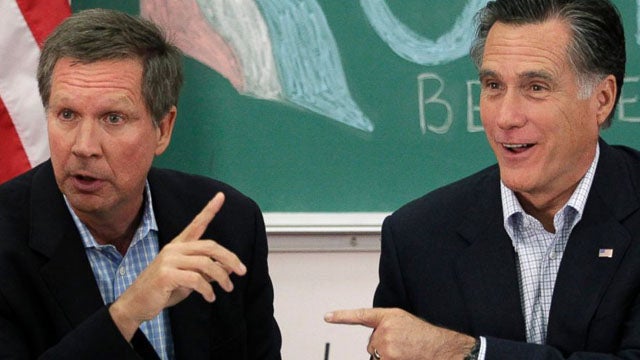 Now, Romney has decided to do it himself, instead of back Bill Weld. “Romney has been calling conservative donors asking about a potential 2020 primary run against Trump.” So right now, we have Romney and Kasich dreaming of primarying Trump. Just to keep you on the cutting edge here.