RUSH: Folks, the Associated Press has a story out today. The main thing that I see in the story is not one of the big things they point out. I’m gonna tell you what it is. The AP story… It’s a story about how the White House is managing this House Democrat “impeachment,” so-called impeachment and so forth. The AP makes an observation. They say that the White House learned during the Mueller investigation that cooperation was the wrong way to go because cooperating made them appear to be losing. 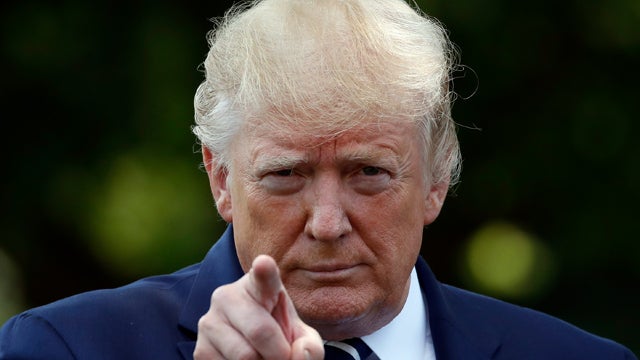 You know something? I remember this, and I remember being really, really flummoxed by it. This is before Rudy came on. This is with John Dowd and some of these other guys. When the Mueller thing gets going, when Mueller’s appointed, they announce at the White House they’re gonna cooperate — and I didn’t understand that. I never understood why they weren’t adversarial from the get-go, because there was nothing ever substantive to this!

But somebody in there had advised Trump, “Cooperate. We didn’t do anything wrong. They’ll see that we haven’t done anything wrong and it’ll be fine,” and that’s not at all what happened. When you cooperate, what did they learn? When they cooperated, they looked to be on the defensive! When they cooperated, they pretty much sanctioned the premise that there was something here worth investigating, and there wasn’t. This investigation was a fraud! There never was anything to investigate other than the people doing the investigating!

You remember what Rudy said the day he was brought in to join the White House lawyer team looking into the dealing with Mueller? You remember what Rudy said, Mr. Snerdley? I will never forget it — and when I heard it, I said, “Oh, no.” Rudy said, “I’m gonna have a meeting with Bob and we’re gonna have this thing wrapped up in two, three weeks at the outside.” I said, “No. That… Uhhh,” ’cause what Rudy was saying is, “Okay. I am the adult, and I’ve arrived, and I’m gonna end this.

“I know Bob can put this all square. There’s nothing here. Once I tell Bob what’s going on, this is all gonna end.” Don’t be this naive! And of course, by the time three weeks came and went? (chuckling) It was worse and more intense than ever. But this is an example of the kind of hubris this is why they agreed to cooperate in the first place. They’re all swamp people, folks.

They’re all inside the Beltway, but Trump isn’t. Trump thought the way to deal with this was to go ahead and hire people that know Mueller and know this system and this process. And it was only when Trump said, “To hell with this!” Cooperating wasn’t getting ’em anywhere but looking guilty! So they’re not making that mistake again here in this impeachment business. AP is mad about that.

RUSH: One more thing. Sean Davis, who is the cofounder of the Federalist… This is where Mollie Hemingway writes. It’s a great, really great website. This website is what some of these conservative websites/publications/magazines used to be. 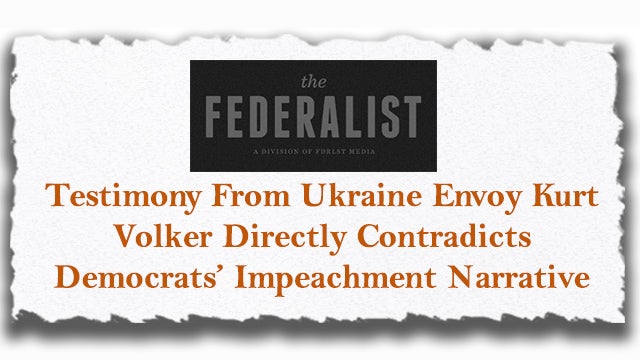 Sean Davis writes that they just got a copy of Kurt Volker’s testimony before the House yesterday. It directly contradicts the Democrat impeachment narrative. It completely blows it out of the water — and you can read his full testimony here. There’s a link to The Federalist, which we will put at RushLimbaugh.com. The media… CNN’s been… I haven’t talked about this because it makes me fume. They’ve been lying all day today and last night about the text messages and the testimony from Kurt Volker.

They’re saying that he confirmed that Trump broke the law, that Trump was asking for corruption to happen and all this — and it’s the exact opposite. His testimony blows every narrative out of the water on impeachment. Finally, Rudy just tweeted that the Democrats are getting nervous about Schiff and that they might remove him as chairman because he’s lying to the public saying he had no knowledge of the complaint. He was able to peddle a malicious and false version of the whistleblower report through media appearances.

This guy is up to his neck in filth, Schiff is.