Fauxcahontas Lied About Getting Fired for Being with Papoose

RUSH: I see Fauxcahontas up there on TV and it reminds me I’ve got a story about her in the Stack, which I’m looking for this very moment. And yes! Voila. Here we go. This is a Mediaite story, left-wing bunch. Well, not totally, but — look at her on Fox, holy smokes, look how different she looks way, way back, what is that, 70 years ago? No, I’m sorry, that’s only 12 years ago. You see those high Indian cheekbones there? And that deep brown Indian complexion. No. You don’t see either. Well, anyway, here’s the story in Mediaite. 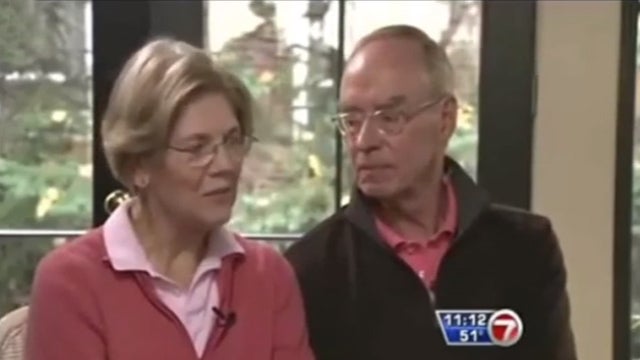 “In a November 2012 interview, then-Senate candidate Warren was asked if she had ‘anything in the house that reflects her Native American heritage,’ and Warren replied ‘I have plenty of pictures. They’re not for you.’

“[She had] been trying to put her Native American controversy in the rearview mirror for years, but a newly-resurfaced video of her claiming to have photos that reflect her then-claimed heritage could complicate that effort.”

Now, something tells me I just got the audio — yes! Yes! Okay. This is a different one. So let me finish the story on the photos. “In a November 2012 interview, then-Senate candidate Warren was asked if she had ‘anything in the house that reflects her Native American heritage,’ and Warren replied ‘I have plenty of pictures. They’re not for you.’ That clip may only be circulating low-key on social media at the moment, but if Warren becomes the nominee or even the clear frontrunner,” it might surface.

It was a New England Cable News network guy, Jim Braude, who “asked Warren whether she’d have made the same claim if she’d been told the story of an African American ancestor.” She made this claim. She said (imitating Warren), “My mom told me, had high cheekbones, my mom told me that way, way back I’m, you know, 1/1,000th Indian, Harvard hired me as a minority.” What if you’d been told that you were African-American, would you have run with that story? Would you have made the same claim?

“’If your family heritage had an African American like you have, the grandfather or great grandparent who was a Cherokee, would you call yourself a black, and expect African Americans to accept that?’ Braude asked. Yes, he said ‘a black.’ As Warren gathered her thoughts aloud, Braude clarified ‘If that same ancestor was black and not Cherokee…’ ‘It’s not that ancestor,’ Warren said, adding ‘If my Father’s parents had said ‘You can’t marry her because she’s black, and that had been part –” This is just waiting to surface. 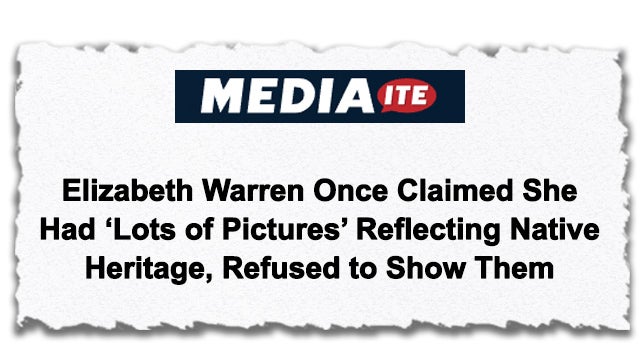 Infarction is a strange word, you know, you gotta pronounce it right or people could get offended. It’s not infraction. It’s infarction. You gotta really pronounce the R in that word or you could be called up to the FCC.

At any rate, they’re doing everything they can to hide that, and now with him fading and Biden with the ChiCom and Ukraine stuff, she is ticking up in the polls, and so there are people that don’t like her on the Democrat side. They’re surfacing these videos. “Resurfaced video circulating online appears to contradict Sen. Elizabeth Warren’s claim that she was once fired from a special needs teaching position for being ‘visibly pregnant.’

She had a town hall last week on Wednesday. “By the end of the first year, I was visibly pregnant, and the principal did what principals did in those days. Wish me luck and hire someone else for the job.”

Not so fast there, squaw. You also said you didn’t have the right courses and went back to grad school. She’s been telling a bunch of different stories about this. She was visibly carrying a papoose there, she said, and she got canned because of discrimination. These guys, they don’t want to hire pregnant women ’cause pregnant women are just gonna quit the job when the baby’s born and go for maternity leave, they don’t want to mess with it, so she claims discrimination.

This is May 13th, 2019, Philadelphia, American Federation of Teachers town hall event. The first bite is Fauxcahontas explaining her experience as a teacher.

WARREN: I finished my degree and I became a special needs teacher. I loved it. And I would probably still be doing it today. By the time we got to end of the first year I was visibly pregnant. And the principal did what principals did in those days. They wished you luck, showed you the door, and hired someone else for the job. 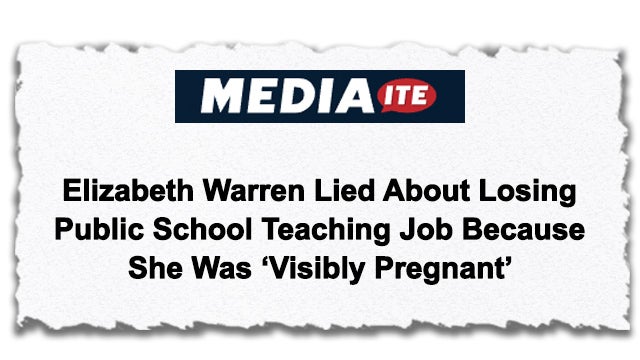 RUSH: So she was with papoose! And some white bigot came along and said, “See ya later, squaw, we don’t need you, we don’t want you.” That was her version of events. Well, guess what has surfaced? An unearthed interview — now has been earthed, obviously — March of 2007 she says it was her and her husband’s decision not to work. Being with papoose had nothing to do with it.

This is on University California TV, UCTV Sacramento-Stockton. And the host here, a guy named Harry Kreisler, interviewed her. She’s a Harvard professor then and she said, “You actually pursued a career as a special needs teacher.”

WARREN: I did that for a year, and then that summer I actually didn’t have the education courses, so I was on an emergency certificate, it was called, and I went back to graduate school and took a couple of courses in education and said, “I don’t think this is gonna work out for me.” And I was pregnant with my first baby. So I had a baby and stayed home for a couple of years. 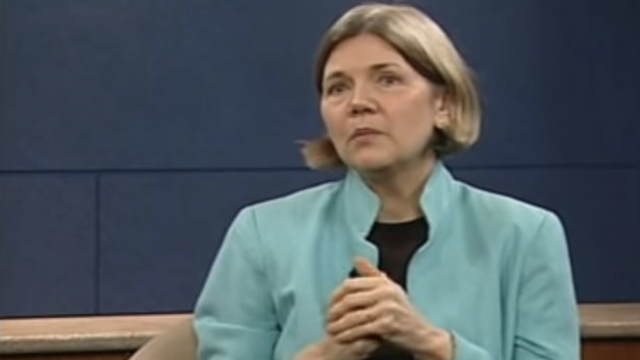 WARREN: And I was really casting about thinking, what am I gonna do? And my husband’s view of it was, stay home, you know, we have children. We’ll have more children. You’ll love this. And I was very restless —

RUSH: Wait a minute. There’s nothing in there about being canned for being with papoose. She says she and her husband — not that. Her husband said, stay home, and she did. This is coming off like Patsy Schroeder, Mr. Snerdley! Here we have this big feminist babe going on and on and on about the evils of men, and she had a baby and took two years off to stay home with it?

Can you imagine the feminists rolling in their graves right now? What’s her name, Betty Friedan’s gotta be doing jack flips in the casket. Eleanor Smeal can’t believe what she’s hearing. You stayed home after having a baby because your husband said to? And there’s nothing in the 2007 bite about the principal canning her because she was with papoose.